The Patriots Can’t Afford To Get Cold In Buffalo Tundra

The New England Patriots have returned to the post-season ladies and gentlemen. After a grueling, one-season break from January football, the Pats are back. Despite losing three of their last four, losing their standing in the AFC and their division, they’ve maintained their spot as a number six seed. They’ll be meeting the Buffalo Bills for the third time this season on Saturday Night.

The Bills have been on a tear since their overtime loss to the Tampa Bay Buccaneers. They’re riding a four-game winning streak in which they’ve beaten each team by two scores or more. This includes a 33-21 victory over the Patriots on Boxing Day. Quarterback Josh Allen has been unstoppable and will be a real headache for the Pats defense to gameplan for. He’ll have all his weapons in Stefon Diggs, Gabriel Davis, Cole Beasley, and the secret weapon from the last match-up between these two Isaiah McKenzie.

The Patriots have no new secret plans to offer if the last month showed anything. It’s going to be frigid temperatures without the wind we saw in their 14-10 win over this same team back in week 13. The tables have certainly turned since Bill Belichick’s squadron had control of the entire AFC just six short weeks ago. They’re now the underdog heading into the tundra that will be Highmark Stadium come Saturday night.

So what’s the game plan? How do the Patriots pull off their greatest playoff upset since the 2018-19 AFC Championship game in Arrowhead? It won’t be easy, and they’ll need some magic to go their way. So without further delay, set it up, Bailey! Let’s get this wild card preview underway.

In their most recent meeting, the Patriots basically let Josh Allen do whatever he wanted. He tossed for 314 yards and three scores. The defense sat back and just hoped that receivers would drop balls, penalties would shave points, and that the three-year veteran would make a mistake to give the Patriots the game. It didn’t happen. The Bills continued to convert and pull away and Allen was relatively mistake-free. His one misfire turned to be a dropped J.C. Jackson interception at a pivotal moment. Still though, depending on a good quarterback to just hand you the game is going to fail nine times out of ten. The Patriots need to be more innovative in attacking Allen. What they did on Boxing Day was an epic fail, they weren’t prepared. So what’s the curveball they can throw at him?

The Patriots need to take some risks sending pressure against Allen. He can destroy you with his arm and football IQ, which I think the Pats have seriously discredited in the past, just as much as he can with his legs. This game could very well come down to the defense having to make one stop. A stop that has eluded them in December. Matt Judon, Dont’a Hightower, Lawrence Guy, J.C. Jackson, and every other player on this unit is going to need their A-game to get this win.

The Patriots’ depth at the corner will absolutely be tested as free agency acquisition Jalen Mills was placed on the COVID-19/Reserve list. The Pats scrambled and signed Cre’von Leblanc to the practice squad this week. Joejuan Williams, Myles Bryant, and Justin Bethel will all probably see playing time in his absence behind Jackson. There’s a good chance the Pats just get roasted by these receivers in Buffalo. So it’ll be up to the pass rush to hurry Allen into making some uncomfortable throws. The coverage isn’t going to be as good as usual for the Patriots’ secondary.

Key #3: Put The Ball In The Endzone

Not to get too John Madden about this, but chewing the clock isn’t going to be enough to win this game. The Buffalo Bills without fail put up near 30 on the scoreboard every week. This game isn’t going to end in a defensive slugfest. There is going to have to be some offense. I’m not saying Mac Jones has to throw rockets to Nelson Agholor, Jakobi Meyers, Hunter Henry and others like Allen is going to. But a Super Bowl LIII gameplan probably isn’t in the cards for New England. Buffalo is going to get theirs, the question is if the Patriots can match.

I can’t say there’s any particular match-up that’s going to determine this game like I have all season. It’s going to take a complete and total effort from the Patriots to pull off this upset. From Mac and the offense, Devin McCourty and the defense, and the special teams’ units. Their depth will likely be tested on both sides of the ball with the aforementioned Mills situation, along with Isaiah Wynn, Kyle Dugger, and Christian Barmore all on the injury report this week.

It’s cliche, it’s an easy answer, and there’s no real analysis of this x-factor. But this is as big as it’s probably going to get for the Patriots unless they get all the way to the Super Bowl. This game is their tallest order of business since Tom Brady‘s return to Gillette back in week four. What’s going to win or lose this game for the Patriots is their ability to get off on the right foot on both sides of the ball. If they fall behind two scores early, it’ll likely be the end of them. Complimentary and successful coaching/execution is going to be what I’m looking for from this Patriots team. Not one single player or matchup to exploit or use to New England’s advantage.

I really hope that this isn’t the last preview I get to write on this Patriots team. It’s been a really fun 2021-22 season. High points like feeling as close as ever to the pinnacle in Brady’s return, a seven-game win streak, following the development of Mac Jones and Rhamondre Stevenson, watching Matt Judon blossom into a top-tier pass rusher, even if growing quiet in December with the rest of the team. There have been plenty of storylines to follow, never a lack of things to talk about in Foxboro, and it feels like the beginning of something fresh and new, rather than the end of something else. Optimism is in the air. Win or lose, I think most Patriots fans walk away pretty pleased with what their team did in 2021 and remain excited about what’s to come in year two of the Mac Jones era.

As for the game at hand, I hate to pick against the Patriots. But what reason do they give me to think they’re going to walk into Buffalo and take the win? They’re not getting away with passing the ball just three times again. The weather might be cold but it’s not going to change the entire game. Top-down, the Bills are just better and the Patriots haven’t been able to outplay much of anybody the last month. They let the other team get off to hot starts and as much as I admire their fight and ability to claw back into striking distance, the Pats can’t ever finish the job.

I genuinely hope I’m wrong. But give me Buffalo in this playoff atmosphere, and they will at least temporarily stake their claim in being kings of the east. But don’t get it twisted. Even in a loss, there’s plenty to be happy about with this team. Making the playoffs with a rookie signal-caller and a bunch of new faces around the roster is a massive plus on the Patriots, and they’re only going up from here. Even if the final result of the 2021-22 campaign is a bitter loss to a division rival. Here’s to hoping I have another preview to deliver next weekend! 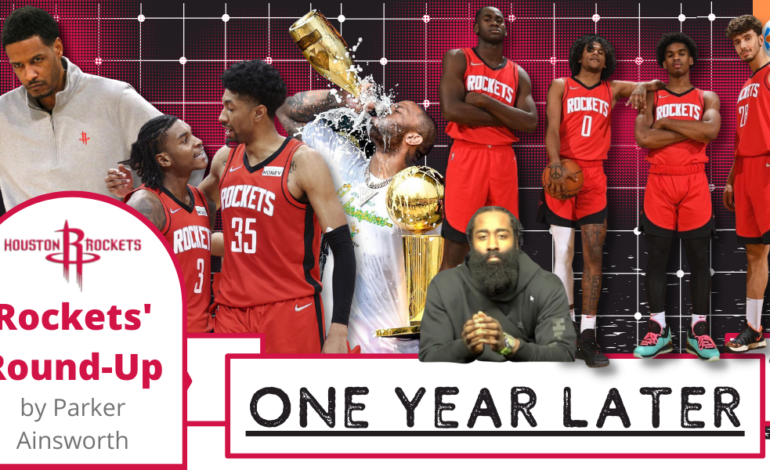