Hand Counters – Elite hand placement and use of the chop. Consistently forces bad grip or complete loss of grip with great hand movement.

Bend – Great ability to bend around the edge. Uses clubs and hand chops to keep the path short and not too round. He occasionally can round the corner too much and get pushed right out of the play.

Power – Uses his hands and leverage to generate a bull rush. Relies less on his dominant force, although he doesn’t completely lack it either. Was never pushed off his spot by a lineman, showing good power and a great anchor when necessary.

Pass-Rush Moves – He possesses an unstoppable spin move, quick and precise. Doesn’t always time his spin moves and can spin directly into other blockers, throwing him out of the play. Killer swim move, when deployed he runs right through blockers as if they are not even there.

Agility – Stop and go ability is good but not great, very easily loses balance from overextending his weight and leverage. He can easily be thrown off his path or lose momentum completely from bumps or concise short blocks. Change of direction ability leaves something to be desired.

Technique – Master technician. Much of his success came from his impeccable technique as opposed to being a Myles Garrett-like dominating athletic freak. Can improve footwork and weight placement to avoid losing his balance and falling over, but other than that is flawless.

Play Speed and Athleticism – Lacks elite play speed, looks like he runs in the 4.7 range on the field. He supposedly is a freak athlete, but that didn’t show up on tape, he mostly won by using perfect technique. The Scouting Combine could change this analysis.

Play Recognition – Got turned around a lot on RPOs. Occasionally hesitates too much before crashing on the ball carrier which can lead to extra yards.

Tackling and Pursuit – While a good run defender, is very lackluster in space. He can easily lose leverage or get spun around by shiftier ball carriers, leading to missed tackles.

Versatility – Has the ability to play all along the defensive front. Aidan Hutchinson is best suited as an every-down rushing specialist but can handle the occasional coverage drop. He is more than capable of handling his own on the defensive interior against bigger blockers and with less room to work with.

Combine – Hutchinson had a great Combine. While he didn’t put up as fast a 40-yard Dash as we expected, he had a sub-1.6 10-yard split, which is explosive for a player of his size. His 6.73 3-Cone Drill and 4.15 Shuttle were otherworldly. He showed he is just as dominant an athlete as we expected.

Aidan Hutchinson is a master of his craft and has the ideal body to compliment the flawless use of technique. Although he lacks the high-end athleticism of other number one overall edge rushers (such as Myles Garrett), he possesses a complete package of tools to be a superstar pass rusher (similar to Nick Bosa). While he wasn’t dominant throughout most of his college career, he consistently showed flashes of being unstoppable, and of possessing the absolute dominance to destroy and blocker ahead of him. He often immediately showed up in the backfield despite being blocked by NFL-caliber linemen giving their maximum effort, and he did it with ease. To raise his stock even more, in his final game (vs Iowa, B10CG), he showed he could be dominant on every play and was uncontainable against any number of blockers.

While I have my doubts about Aidan Hutchinson in comparison to other number one overall picks, there is no question he has as perfect a toolbox as any to become a perennial All-Pro on the professional level.

See Aidan Hutchinson’s overall ranking among other players on my Big Board. 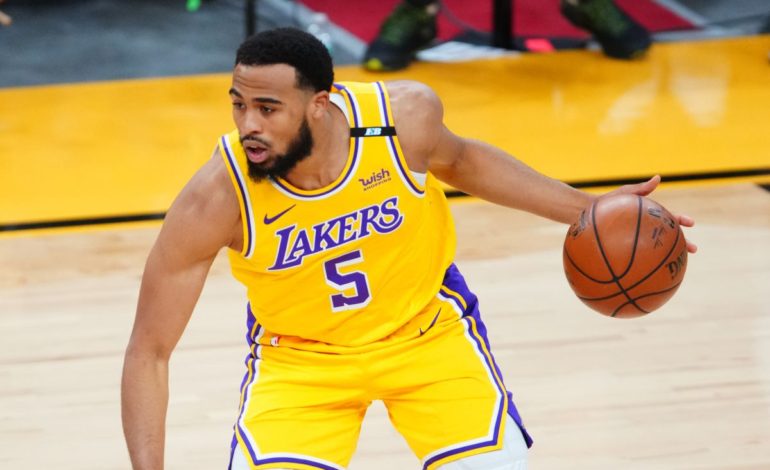 Lakers’ Trade Package Will Have No Takers