Size – Ojabo has great length for the position. Although he is “only” 6’5”, I’d bet his wingspan measures very favorably at the combine, and he uses that length extremely well. On the other hand, while Ojabo certainly isn’t light, he seems very lean and lacks the ideal bulk for an edge rusher, bringing his functional power into question.

Bend – Outstanding bend, easily his most dominant move. He bounced out, ducked under, or swatted a hand to get around the edge nearly every time. Although you’d like to see a larger array of moves, it’s hard to argue with the success he’s had deploying it.

Power – Likely due to his lack of bulk, it didn’t seem like Ojabo has much functional power at the point of attack. He does well to gain momentum before trying to bull-rush blockers, as he usually can’t muster up the sheer force to plow through blockers.

Pass-Rush Moves – Had many instances of lowering his shoulder into the belly of the blocker in an attempt to gain leverage. This led to him being completely swallowed up (likely due to his lack of bulk). Has killer edge moves, and is nearly unstoppable around the edge. He has a great spin move to go along with it. Hand counters were also used, but he is fairly raw and has a very limited arsenal. He could benefit greatly from expanding his attack options in that department.

Quickness – Elite quickness for his position, it’s very clear Ojabo is a very quick, twitchy, natural, and smooth athlete. He has no problem changing direction and has quick bursts to go along with great speed.

Technique – A work in progress. It’s clear Ojabo has a great feel for the technique, but he still comes up sloppy in many regards. More experience should bring on more polish for the nuances of pass-rushing and gap-filling.

Football IQ – A natural football player, he clearly understands the game. He is very new to the game and has a lot to learn, but the understanding he already displays is very encouraging. He seems to always know exactly where he needs to be, in chasing down the QB or in setting an edge. In the reps he dropped into coverage, it seemed like second nature. He was often perfect in his timing in jumping routes or eliminating soft spots.

Tackling and Pursuit – His pure speed is a great benefactor in this area. Ball carriers rarely manage to run away from him. He also sets a phenomenal edge, pushing and pulling blockers to the perfect position, and disengaging at the correct time. His quickness made sure he never missed a tackle. I can’t imagine even NFL ball-carriers being able to juke past him.

Motor – Questionable. He had many reps of maximum energy through the whistle, and while he usually maintains the high energy through most plays while pursuing the ball carrier, he had many instances of slowing down significantly when it seemed the ball carrier was too far. This of course isn’t a massive issue, but a high motor is a highly coveted trait.

Versatility – Dropped into coverage at times and was excellent at it. He can play with his hand in the ground off the edge, but he is likely more suited for a stand-up pass rusher role due to his lack of size.

Combine – As a tantalizingly raw athlete, there was a lot of hype entering Ojabo’s Combine appearance. While he didn’t put up bad numbers, his numbers didn’t reflect his elite explosiveness at all. Running only a 4.55 40 and a 4.45 Shuttle, he hardly surpassed average numbers.

David Ojabo is one of my favorite players in this draft.
His 2021 season was shadowed by the massive spotlight which is Aidan Hutchinson, his teammate on the other end of the defensive line, but his production in a way is even more impressive.
Ojabo was born in Nigeria and moved to Scotland at the age of seven, and didn’t even start playing football until his junior year of high school, only a short few years ago. He also only played one real season of collegiate football (2020 was cut short due to COVID, only one game). Even in his 2021 season, he hardly even started games. This brings up durability and stamina concerns, although it seems that shouldn’t be an issue given his athleticism.
He is extremely raw and has a ton of room to grow. He remind me a lot of Odafe Oweh from last year’s draft. The difference is, Ojabo showed significantly better production and explosiveness in his final collegiate year.
Having a high school background in track should help you understand that he is a freakishly explosive athlete. With speed, burst, and change of direction skills unlike any other in this class, he is a tantalizing prospect.
As great as Hutchinson is and can be, I feel Ojabo’s ceiling, with the right coaching and development, is even higher. He has the potential to develop into one of the top edge rushers in the NFL.
Unfortunately, he tore his ACL at his Pro Day. For most players, this injury wouldn’t affect their stock as much. However, with Ojabo, who relies heavily on his athleticism and explosiveness, this injury is big news. It’s very unfortunate, but I can’t justify him as a 1st round pick anymore.

See David Ojabo’s overall ranking among other players on my Big Board. 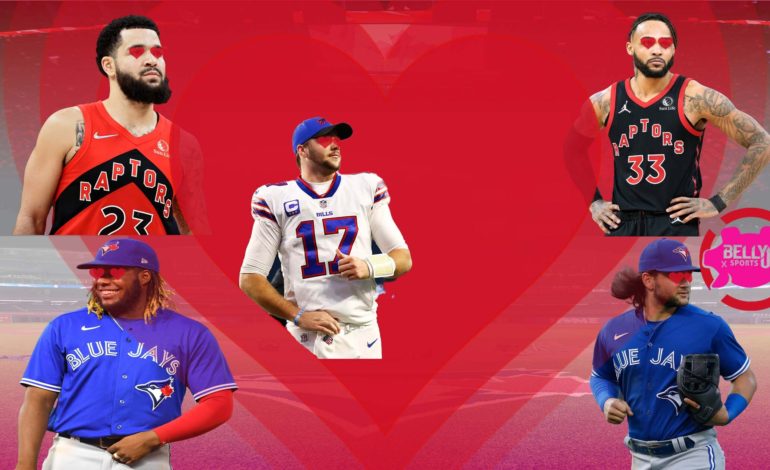