In case you had gotten this far and did not know, the Houston Rockets are in a full rebuild. They’re roughly 20 games below .500, sit at the bottom of the Western Conference, and the Twittersphere is debating who to pick with what will inevitably be a top-end pick in the NBA Draft. The Houston Rockets, as a team, are bad.

But individually, Houston does have good basketball players. Christian Wood is a multi-level scorer that is six-foot-ten, long, and can shoot. Eric Gordon is a veteran sharp-shooter and tough defender that we’ve discussed trading. John Wall averaged 20.6 points and 6.9 assists per game last year and should be traded in the 2022 calendar year. Realistically, each of those three could be on a new team by the All-Star break.
And frankly, they should.

In the absolute best version of the 2026 Houston Rockets, as they’re hoisting the Larry O’Brien trophy and parading down La Branch, the Houston Rockets will likely have just three or four players from their 2021-22 roster. Not only is roster turnover more common than the average fan wants to admit, the current roster clearly isn’t working. Yes, the young Rockets will grow and develop… but will they have ceilings.

As is the case, the Houston Rockets should be looking to trade almost anyone in the coming days. Today? We look at Christian Wood.

Wood came to Houston hoping to be the missing piece. Daryl Morey’s Houston Rockets spent 2015-2020 making a push to win titles and lost to the eventual NBA Champion in four of the six seasons. The team had cycled through All-Stars like Dwight Howard and Chris Paul, and was looking for a missing stretch big to help the MVP tandem of Russell Westbrook and James Harden get over the hump. Christian Wood looked like the rising heir.

But Wood was supposed to be the third piece of the offense. His ability to stretch would open the lane for small-ball Westbrook, his ability to roll was meant to help offensive creator James Harden. As a three-level rolling threat, Christian Wood was a perfect big that blended the skillsets of both stars. And then? Then the team fell apart. By January 14th, less than a month into his first season as a Rocket, Wood became the best offensive threat on the Rockets. A month later? He suffered an ankle injury that nagged him for the duration of the season.

Wood can be a key piece on a great team, but Houston is not a great team. In looking at players like chess pieces, Wood might be the most valuable option on Houston’s board. It’s not that the Rockets don’t want to hold on to their best player currently on the floor. But if they’re going to be looking for the biggest return, he will yield the biggest by a long shot. So what is the return?

Charlotte makes perfect sense as a landing place for Wood. But what things will they be able to offer? On one hand, they could send Houston Kelly Oubre Jr. and a combination of future picks? Houston has eyes on the future and could bulk up by getting first-round picks in the 2025 and 2027 drafts. Oubre is not a starter for Charlotte, but Wood would start somewhere in their frontcourt. Whether he is technically a big small forward, or technically a small-ball center, Wood is a starter and impact player for Charlotte. And Oubre? He would be returning to his hometown and get to play out the next 18-months for the team he grew up a fan of and get a chance to play alongside the young backcourt of Kevin Porter Jr. and Jalen Green.

If Houston wanted to swap front-court depth for front-court depth, they could also seek P.J. Washington, Mason Plumlee, and draft capital. Both look like they’d be the two squeezed out of their limited minutes with Wood coming to Charlotte. Washington is a Texan, and the Rockets would hope they could revitalize the former five-star prospect’s young career. Plumlee has his own movable contract that expires in 2023.

In both scenarios, Houston will want first-round draft capital. To their credit, Charlotte has LaMelo Ball and Miles Bridges. They have to feel that they’re close to having their own three-headed monster, and if they see Wood as that piece they may not need those picks. If they project themselves as a playoff team or better, losing those picks to have a deep run is worth it. But if they don’t see it worth the draft capital, Houston likely hangs up the phone.

Salaries are hard for Miami to match without giving up one of their own key pieces. Admittedly, one of the beautiful things about Wood on the floor in Miami is the way he pairs with their starters. He and Bam Adebayo create one of the most unique and versatile frontcourts in NBA history. They mix with Jimmy Butler and Kyle Lowry to create one of the best defenses in modern basketball. But can they make it work?

If you’re trying to match Wood’s salary, Miami could toss P.J. Tucker (the starter Wood replaces), KZ Okpala, Max Strus, and Omer Yurtseven together. Much like the Charlotte option, Miami would likely have to also include a first round pick. The first available pick would be in the 2024 Draft and, to the front office’s credit, Miami may have hit their own rebuild button by that point.

If Miami were to include a more valuable player, like Tyler Herro or Duncan Robinson, it doesn’t look like they’ll be able to get out of including draft capital. Houston continues to make very clear in trade talks that their eyes are set on the future, and thus they will only participate in trades where they get back draft picks.

Much like Wood’s pairing with Adebayo, Wood, Wiggins, and Draymond Green make for a dynamic frontcourt. They’d have the length, height, and strength to match up with traditional bigs while also the offensive skillset to spread out small lineups. Unlike Miami, Golden State may actually be able to afford the trade. In looking at the minutes that Wood takes, Golden State could part with the young Jonathan Kuminga and the veteran center Kevon Looney. Once they add in Nemanja Bjelica to match salaries, the hope would be that Kuminga feels as valuable as a late first-round pick (he himself was the 7th pick just last summer).

Houston would still want draft capital, and likely demands a “post-Stephen Curry” first-round pick as well. The hope would be that while Kuminga develops, the Warriors hit their own rebuild after Curry and thus the pick creeps back into the lottery. As we’ve seen; the Warriors are a lottery team when Curry doesn’t play. It stands to reason that they will be back in when Curry is done playing. At almost 34, Curry playing at a high level in the 2025 or 2027 seasons feels farfetched and increases the value of those picks.

The Lakers are in trouble. They have a lot of money committed to a number of players that don’t fit together very well and can’t stay healthy enough to be on the floor at one time to figure it out. They need an influx of talent, and quickly. But if LeBron James‘ history is any indicator, the Lakers will make a move in an attempt to push themselves back into the playoffs. As we saw in 2018 in Cleveland, franchises with James will completely reconfigure if they need to. Christian Wood fits into that plan. Wood can help space the floor for Westbrook, play in double-big lineups with Anthony Davis, and take some of the scoring load off of 37-year-old James.

In matching salary, LA would need to offer DeAndre Jordan and Talen Horton-Tucker. But while Jordan would be coming to his hometown and Horton-Tucker was a highly touted prospect a year ago, Houston would demand at least two first-round picks. The Lakers could offer the Pelicans 2022 and 2024 first-round picks, and thus the trade is possible… but How much of their own future are they willing to gut? James is 37, Davis is about to turn 29 and hasn’t played a full-ish season in five years, and Westbrook is a 33-year-old that can’t rely on his athleticism in the same way. How soon will they need to use those picks and rebuild themselves? 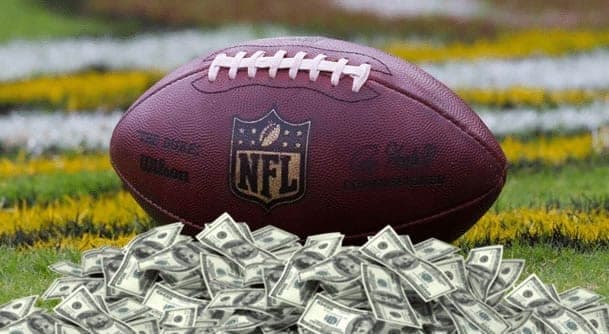 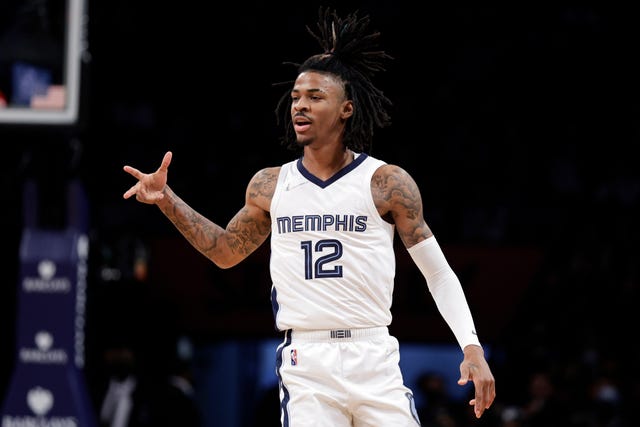