Japan’s Women’s Hockey Team Is the Underdog to Watch

I haven’t really seen too much talk about the women’s Olympic hockey tournment, and I think that’s a shame. Maybe its becuase the games are being played during times when Americans and Candians are in bed. Or maybe its becuase people are already assuming the only exciting game will be the eventual meeting between USA and Canada. However, there is one team that I think everyone should watch.

A Rising Sun in the Hockey World

If you have been paying attention to the women’s hockey world for the past few years, you may have noticed Japan’s rise through the ranks. Currently, according to the IIHF’s standings, Japan ranks sixth in the world for women’s hockey. To a lot of people, that would come as a surprise. Japan is not exactly a country that one would associate with the sport.

A strong women’s hockey program though has helped push Japan to the forefront of the women’s hockey world. One thing that’s pretty interesting about Japan’s current roster as well is that almost all of Japan’s roster comes from Hokkaido, Japan’s northern island. This fact just reminds me of a time when the USA’s hockey roster consisted of players from Minnesota or Massachusetts.

Hokkaido is slowly but surely becoming a hockey hot spot. And perhaps eventually all of Japan will fall in love with hockey. With their women’s team looking as strong as ever, that reality could potentially happen within a decade or two.

Japan’s women’s hockey team opened Beijing 2022 with a win against Sweden in the preliminaries. Oh, but it was just one game, right? Surely it was just a bad game by Sweden. Well, unfortunately for the Swedes, no it wasn’t, Japan was just better. Japan looked quick and played smart, everything seemed to click for them. And they beat Sweden, one of the titular hockey hotbed countries.

After that game, I became a believer. The team just has energy behind them that just screams that they’re going to make a name for themselves. And so far, that seems to be the case. Team Japan has won Group B of this Olympic tournament. And they did this after beating the Czech Republic, another hockey hotbed, in a shootout.

Yeah, it might be the easiest bet in the book to say that Japan will eventually lose to the US or Canada, but it still isn’t 100 percent guaranteed. In my opinion, Japan has been the most complete team not wearing the stars and stripes or the maple leaf. I might be an American, but if Japan beats the US I’d be pretty ecstatic. Though I’d rather have Japan upset Canada.

Just imagine if Japan were to even just make the gold medal game. The hype around it in Japan would probably be huge, similar to Germany in 2018. And if they win the gold, there might just be another “Miracle On Ice” situation.

What I mean by this is go and look up quotes of many of the best American NHLers from the ’90s and early 2000s. They all say they started playing because of those 1980s games. If Japan takes gold, I’d imagine hockey’s popularity in Japan would skyrocket. And if that leads to yet another country falling in love with hockey, then I’m all for it.

Hi, I’m RJ Oakley and I’m the Bruins beat writer here at Belly Up Sports. Check back here and follow me on Twitter for news and discussion on hockey. Be sure to follow Belly Up Hockey as well for all your hockey needs! 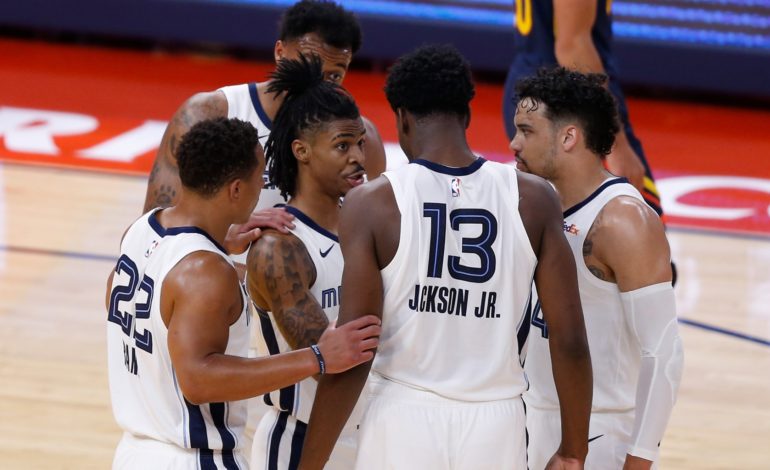 Untouchable Grizzlies Ahead of Thursday’s Deadline