It’s the worst-kept secret in professional golf circles. Rumors have been swirling for some time about a lucrative Saudi-backed golf league to rival the PGA Tour. The latest version is called the Super Golf League with rumors of $100 million paydays just for joining. With the money reportedly tied directly to the Public Investment Fund – i.e. the Saudi government – the funds are at best a little shady and at worst straight up scandalous due to Saudi social and political issues. They are also seemingly limitless.

With many names tied to the various iterations of this venture over the last two or three years, players have come out with some very strong takes on the proposed league. From Rory McIlroy to Jon Rahm, the top names in the world have spoken out against it in no uncertain terms from the beginning. Recently, Dustin Johnson put out a statement reflecting his full commitment to the PGA Tour.

Mere hours later, another huge presence on the PGA Tour in Bryson DeChambeau similarly put out his own statement reflecting his intentions.

Oh, and we weren’t done hearing from Rory…

“Who’s left? Who’s left to go? I mean, there’s no one. It’s dead in the water in my opinion. Yeah, I just can’t see any reason why anyone would go,” McIlroy said.

Where Are the Supporters?

The vocal critics of this Saudi-backed league read like a Who’s Who of the PGA Tour, but who is there to speak in favor? Well, one of golf’s finest from yesteryear has shown his willingness to go against the grain. For years, two-time Open Champion and Hall of Famer Greg Norman has been a part of unsuccessful attempts to get various competitive/rival world golf leagues off the ground, all to no avail. In late 2021, he signed on with LIV Golf Enterprises – which is tied to the aforementioned Saudi Public Investment Fund – to be the proposed new Super Golf League’s commissioner. Not only that but contrary to his younger counterparts, Norman went after the PGA Tour and its commissioner Jay Monahan and has said in no uncertain terms:

“Commissioner – this is just the beginning. It certainly is not the end.”

OK… So What’s This About Phil?

Phil Mickelson has been a Tour staple for three decades. Winner of multiple majors throughout his career, Phil has never been one to do things quietly. A notorious trash-talker with a propensity for throwing down a wager or two, he’s been providing an edge on Tour before such a thing was en vogue.

Phil has been tied to Saudi golf investors for a few years now, beginning with his playing alongside them in the 2020 Saudi International Pro-Am. Inevitably, he’s heard their overtures promising rich paydays and opportunities to have control over one’s own schedule, compared to some of the rigidity that comes with the PGA Tour’s schedule. Phil discussed his thoughts on the Saudi Golf League with Alan Shipnuck. Among the comments that stuck out, Phil seemed critical of the Saudis and their record on human rights.

He didn’t pretend to be excited about hitching his fortunes to Saudi Arabia, admitting the SGL was nothing more than what he called “sportswashing” by a brutally repressive regime. “They’re scary motherf***ers to get involved with,” he said. “We know they killed [Washington Post reporter and U.S. resident Jamal] Khashoggi and have a horrible record on human rights. They execute people over there for being gay. Knowing all of this, why would I even consider it? Because this is a once-in-a-lifetime opportunity to reshape how the PGA Tour operates.”

“They’ve been able to get by with manipulative, coercive, strong-arm tactics because we, the players, had no recourse. As nice a guy as [PGA Tour commissioner Jay Monahan] comes across as, unless you have leverage, he won’t do what’s right. And the Saudi money has finally given us that leverage. I’m not sure I even want [the SGL] to succeed, but just the idea of it is allowing us to get things done with the [PGA] Tour.”

The Backlash and Phil’s Response

Needless to say, Phil committed a cardinal sin. As the old saying goes, you don’t bite the hand that feeds you. Speaking so bluntly – more importantly so negatively – of the PGA Tour, Commissioner Monahan, and brushing aside the corruption and amorality of the Saudi government’s reputation has landed Phil in boiling hot water. Part of his iconic look on the course over the last decade and a half has been his association with KPMG. Guess what? That’s gone, albeit mutually decided upon. Heineken USA announced it was ending Phil’s Amstel Light sponsorship. It’s safe to say they’re not terminating their relationships over bad blood between Mickelson and Monahan. It’s toxic for big brands to associate themselves with controversial subjects, and the Saudi government’s treatment of its citizens fits that bill.

Naturally, Mickelson then issued a length apology, announcing that he’d be taking a step back from the game (as all professional athletes do when they’ve been caught doing or saying something they shouldn’t).

A Statement from Phil Mickelson pic.twitter.com/2saaXIxhpu

Where Does Phil Go from Here?

Players can recover from terminated endorsements. Albeit not the same scenario, but Tiger Woods notably lost more than $20 million in the wake of his very public affairs and divorce, with Gatorade, Accenture, and AT&T all withdrawing their financial support. Safe to say that Tiger is doing OK years later. Lost sponsor money isn’t a big deal for guys like Phil Mickelson.

You knew I’d include this, right? While others have undoubtedly offered their own thoughts, McIlRoy continues to be as honest as anyone, Mickelson included.

“I don’t want to kick someone while he’s down obviously, but I thought they were naive, selfish, egotistical, ignorant. A lot of words to describe that interaction he had with [writer Alan] Shipnuck. It was just very surprising and disappointing, sad. I’m sure he’s sitting at home sort of rethinking his position and where he goes from here.’’

Does Phil need to do some introspection and “think about what he did” (as our parents used to say when banishing us to time out)? Absolutely. Reportedly, he was rather displeased with Shipnuck when these comments surfaced, believing them to be off the record. With all due respect Phil, on or off the record, you’re talking out of both sides of your mouth. You can’t point out your criticisms of the PGA Tour’s model and methods while thinking that’s anything close to equivalent to the oppressive Saudi regime. It’s not apples to apples. Heck, it’s not really even apples to oranges. It’s more like apples to insert poisonous food name here.

With that said, Phil will be back. He’ll probably even be back in time for The Masters. He loves golf. Golf loves him. The fans love him. And, criticism aside, the PGA Tour loves him. I have a feeling that Mickelson and Monahan will have a sit-down and allow each other to be heard. Will that change Phil’s mind? Will the allure of the Super Golf League dissipate? This will be something to keep an eye on in the months and years to come. But for now, I’m giving him a new nickname – Phil… The PGA Tour Pariah. 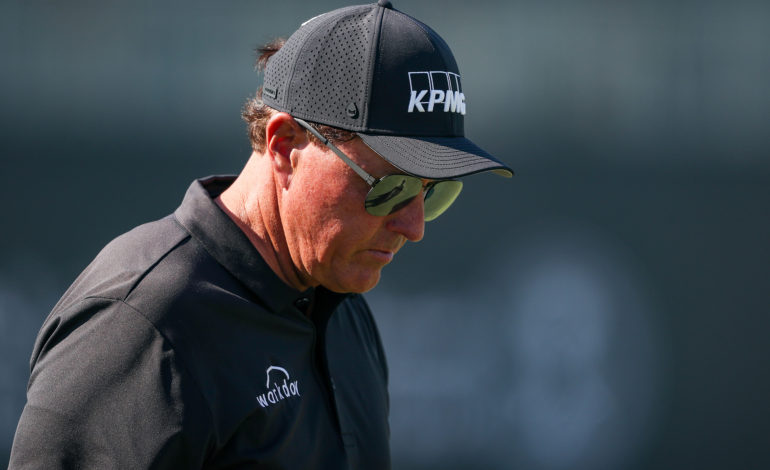 Phil Mickelson Has Some Clean up to Do 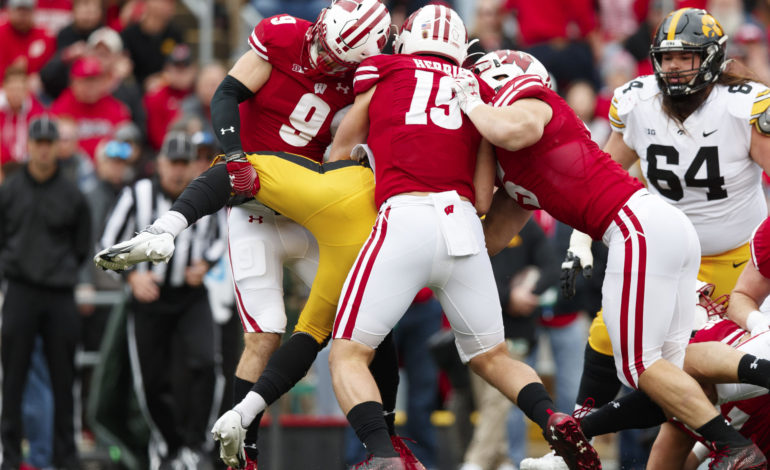 Cheer Up Badger Fans: Our Offense Is in Better Shape than Iowa’s