Balance – Penning plays with great balance, and he moves remarkably well for his size. His weight distribution is fantastic, and he never falls over or overextends.

Power – Arms like bowling balls. Upper body strength is outstanding, and he consistently uses his arm strength to throw capable defenders to the ground. His lower body strength could use some improvement, as his anchor isn’t ideal.

Blocking in Space – Possesses the athleticism to excel in this field, but for some reason, he looks lost. He consistently overruns defenders and gets blown by when running in space. His ability to latch on to a defender in the second level is worrisome.

Football IQ – Very troubling. He very often looked lost, especially in his lone game vs FBS competition (Iowa State). He consistently misses blitzers, misidentifies assignments, and doesn’t engage with correct timing. There were instances of waiting for the defender to strike when he should’ve been bulldozing, and instances of bulldozing attempts that were ill-advised.

Run Blocking – Using his elite arm strength, he consistently threw defenders out of the running lane. His ability to set an edge or swivel a defender away is sub-par.

Pass Sets – Again, he seems lost. He loves to chuck defenders and in man blocking he did very well to clamp his mitts on defenders and shut them down. In zone blocking, however, he hardly ever identified the correct assignment, and he left many defenders unblocked. He also has the tendency to play too high, giving pass rushers the room to get low and push right through him.

Size – Penning has the ideal physical tools for an OT. He has great weight distribution, great height, and perfect bulk. Additionally, he’s not too big where it affects his movement ability.

Lateral Mobility – Good, not great. Seems a bit heavy in his feet, and is slow to turn to set an edge.

Versatility – Played all over the OL at the Senior Bowl, and seemed to have a good feel for it. His skillset is ideally fit for Tackle, but he can also play inside.

Combine – I expected Penning to be an outstanding athlete, but he truly blew me away at the Combine. Running a 4.89 40 at this time is unreal. A 7.25 3-Cone and a 4.62 Shuttle are also jaw-dropping. He greatly helped his stock in Indy.

Trevor Penning was nabbed the nastiest blocker in this draft, and for good reason. He has an unmatched ability to chuck defenders to the ground with ease. He’s no stranger to it either, it’s clearly his favorite move.
On the other hand, his technical abilities and feel for the game are bad; however, it is just bad, no better way to put it. His poor football IQ and vision, his tendency to play too high and his average lateral mobility all lower his stock for me.
Penning has elite physical traits to counter those faults. He has great dimensions, like a human fridge. His heaviness combined with his lack of roundness is truly tantalizing.
His potential is sky-high, but there is a lot for Penning to learn and improve on if he wants to be a quality NFL starter.

See Trevor Penning’s overall ranking among other players on my Big Board. 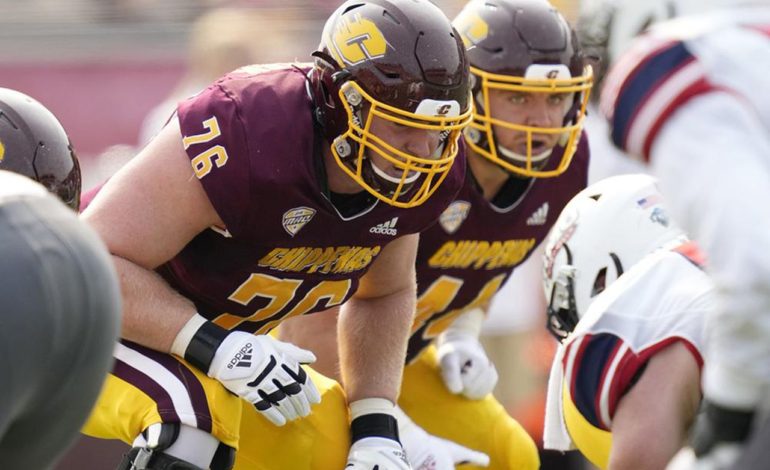