The only other returning starters that Wisconsin has on defense are along the defensive line. The only starters returning from last season are Keeanu Benton and Isaiah Mullens. Having these two players come back is huge for the Badgers’ defense. The most exciting part of their returns is that both players are coming off career seasons. However, the defensive line will still experience change with All-Big Ten Conference defensive end Matt Henningsen and Bryson Williams graduating. Despite losing Henningsen and Williams, the Badgers have no shortage of talent or experience to replace him.

The biggest news for this group in the offseason was Keeanu Benton deciding to return for his senior season. Despite NFL Draft rumblings, Benton decided to give the Badgers back much-needed help on defense. The All-Big Ten defensive tackle was a big reason why the Badgers were the top-ranked defense in the country last year. Last season, Benton set career highs in tackles, tackles for a loss, passes defended, sacks, and fumbles recovered.

Benton has been a starter for four years. It’s not every season that you get a defensive tackle who has been the starter since their freshman year. He’s a strong pass rusher at his position and he constantly does the dirty work for others to make the big plays. His efforts for taking away blockers often go underappreciated. Benton brings a massive presence up front and in opposing teams’ backfields. Teams consistently double-team him, this has allowed linebackers like Leo Chenal and Jack Sanborn to make the “splash plays.”

Prior to Benton returning for his senior season, the Badgers’ defensive line depth was going to be very thin. Had Benton declared for the draft, all the Badgers would be left with is Gio Paez and incoming freshman Curtis Neal. Neal is coming off a lost senior year due to tearing his ACL.

The Badgers are going to be counting on senior leadership from Benton to bring this group along. Benton shores up the defensive tackle spot which will help the younger linebackers be in position to make plays. Benton’s return is huge for the Badgers’ defense, and I expect him to have a big year.

Isaiah Mullens is just the second returning starter on the Badgers’ defense from last season. Throughout his career, Mullens has appeared in all possible games he was eligible to play in for the Badgers. This will be his fifth season in the program. Having seen 338 snaps in 2019, he is one of the most experienced defensive ends on this team. Last season, Mullens set career highs in tackles, tackles for a loss, and sacks.

While Mullens has never been recognized through accolades, his impact goes very underappreciated. Playing in a 3-4 defense, the linebackers often get to make the big plays and be in the spotlight. However, like Keeanu Benton, Isaiah Mullens did a great job at doing the dirty work. Last season, he excelled at taking away blocks from offensive tackles and teams very rarely successful at off-tackle runs. His success at doing the dirty work was also a reason why Nick Herbig was able to break out in 2021.

Like Benton, the Badgers will be relying on Mullens for leadership and to continue making plays up front. He is just one of three returners from last season on this defense. He’ll most likely also continue doing the grunt work and making it easier for the linebackers to make plays.

With Matt Henningsen graduating, this opens a spot at defensive end. A potential player who can take over opposite of Isaiah Mullens is Rodas Johnson. After appearing in just one game in 2020, Johnson experienced a boost in playing time in 2021. He appeared in 11 games last season and registered seven tackles, one sack, and a forced fumble. He was a part of the second rotation last season and saw 141 snaps on defense.

When given opportunities, Johnson seemed to have success last season. Johnson has a real opportunity to build on the success he had last season. He has the most experience out of every returning player aside from Benton and Mullens. Johnson has shown the ability to make big plays this season and I believe he’ll have the best chance to start.

James Thompson Jr. is a defensive end who brings a lot of upside to the defense. At 6-foot-5 and 290 pounds, James Thompson Jr. has the potential to be a force at defensive end. However, he suffered a torn Achilles hindering his development. Despite this setback, Thompson Jr. was able to flash that potential in 2021. He appeared in nine games last season seeing 102 snaps on defense and 128 on special teams. He tallied six tackles and got his first hit on the quarterback against Rutgers while also having a role on both the kicking and punting units.

James Thompson Jr. faces very stiff competition from fellow defensive end Rodas Johnson. Johnson cracked the two deep last season and saw more snaps than Thompson Jr. James Thompson Jr. is going to have to have a great preseason camp to be in consideration for a starting job.

A dark horse starting candidate to pay attention to this spring is former Oregon transfer, Isaac Townsend. The Badgers picked up a commitment from Townsend last year in the transfer portal. Last season, he appeared in five games and registered one tackle. The intriguing thing about Townsend is he still has plenty of eligibility left.

Prior to coming over to Wisconsin, Townsend spent the first two years of his career at Oregon. Like the Badgers, Oregon also employs a 3-4 scheme, so Townsend doesn’t have a tough adjustment to make. Having already played five games, Townsend has a real good chance to crack the two deep this season.

Other returners include Mike Jarvis, Cade McDonald, and Ben Barten. Barten and Jarvis haven’t seen any action while McDonald appeared in two games in 2020 but none in 2021.

On the recruiting front, the Badgers got three-star recruit Curtis Neal and four-star player Isaac Ham to commit. Hamm was one of two four-star recruits to sign their commitment to the University of Wisconsin. Hamm also could be worked out as a linebacker as well. Curtis Neal will probably redshirt this season to continue recovering from his ACL injury. 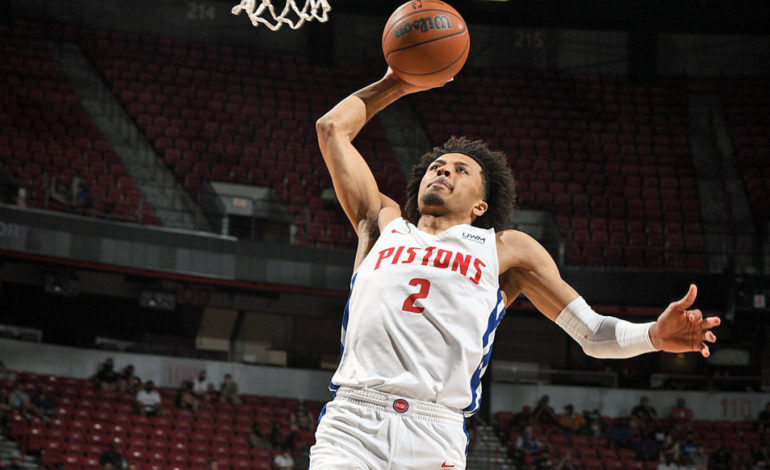 Cade Cunningham Should Be Rookie of the Year