Should Athletes Get Banned When Countries Do Wrong

What the World is going through right now is not the first or sadly won’t be the last military conflict. But on the actions of a country, no matter how heinous; should athletes get banned from doing what they do. After all, “sports” are supposed to take the layman’s mind off things. And that machine rolled on through multiple Wars.

Politics aside, whether you agree or not with sanctions against Russia, and how effective they’ll be is inconsequential. The actions of the now growing majority of countries will do more than cripple the Vladimir Putin regime. It’s devastating to regular citizens as well. Especially to those athletes that all of us love to watch.

It’s one thing for former Heavyweight Champion Vitali Klitschko and his brother Wladimir to take up arms, they’re former fighters. Although at their ages, doing so should not be on the agenda. But boxers Oleksandr Usyk and Vasiliy Lomachenko have taken up arms too. And there are some people who rumbled, although nothing substantiated; that one or more of boxings governing bodies should consider taking a belt or two off of Usyk.

Should Athletes Get Banned… And What Effect Will It Have

During World War 2, and other Wars, pro-athletes put themselves on the front lines, so it’s not new. So if you think the blowback Russia is getting right now is bad, watch what happens if Usyk was stripped. Relinquishing however is something for him and his inner circle only to consider.

From FIFA, UEFA, and other organizations in the words of The Rock “layin the smackdown” on athletes, it might wind up doing the opposite of what’s wanted. Instead of a true rising up against Putin, it could tighten their resolve as an us against the world deal. And now it’s combat sports in the cross-hairs, skipping through the irony of during combat; fighters will quickly learn their fate… for now.

It’s not like they have any say in what their President says or does. And now that he’s backed into a corner, much like a wounded animal, it makes him actually more dangerous. Dmitry Bivol was on the verge of getting the biggest fight of his life with Canelo Alvarez for May. UK Home Secretary Priti Patel said:

“The UK will not welcome the national sports teams of those countries who are complicit in Putin’s unprovoked and illegal invasion of Ukraine”.

And with that, put the UFC’s main event on March 19th of Alexander Volkov against Tom Aspinall in danger. Bellator’s Vadim Nemkov is ready to wrap up a tournament as champion. And there’s plenty of others in the same boat now. If Dana White and other promoters thought Covid-19 was tough to deal with, wait till they deal with everyone locking out Russia.

In the course of war, a side will allow the other side to claim and take the fallen. So, that proves even during outright venomous times, we still have some decency. Perhaps it might be best to ONLY allow athletes safe passage to travel for THEIR jobs.

The only possible argument for banning could be the safety of those athletes, because who knows what crazy thing a fan can and would do. But even that isn’t a solid case for it. So should athletes get banned? NO. These are the times when you must look back at a classic Hollywood scene:

For all your sports needs, go to: Belly Up Sports. And for all things CYCLONE; check out: Facebook. 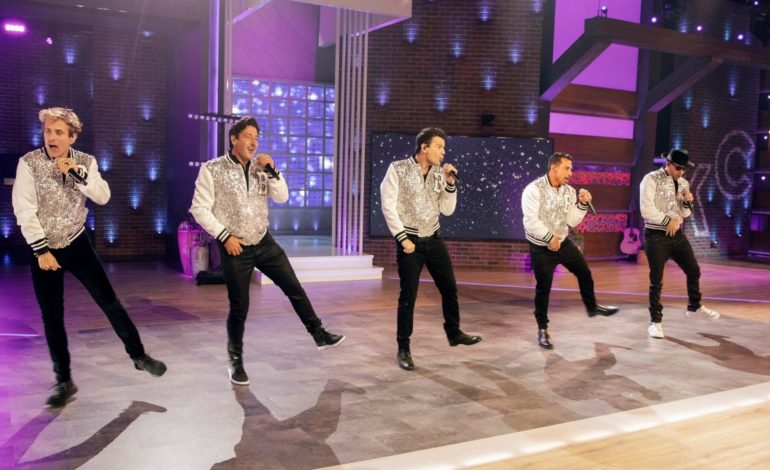 New Kids on The Block Announce New Music and Tour