Vision – Good vision, not great. Had some instances of spotting the right hole, but he also missed a fair share. There were nearly no moments where I was shocked that he found or anticipated a gap. He uses good patience to find his holes, but he can occasionally be too patient, bouncing behind the line until he gets tackled.

Elusiveness – Not very elusive. Allgeier broke a lot of tackles while at BYU, but those were mostly due to his size. Once he gets running, you will need to pack a punch and use perfect technique to bring him down. When running, he shrugs off tackles like flies. In a phone booth, however, he is mediocre at best. While he showed a few great jump-cuts, he won’t win many Oklahoma drills.

Contact Balance – This is a mixed bag. When standing still, he has a great ability to fall forward and gain yards when being tackled. He also had many instances of shrugging off tackles, carrying defenders, or bouncing through small holes without falling. On the other hand, there were many instances of him stumbling for no apparent reason, or by even the smallest bump from an outreached arm.

Blocking – Outstanding blocker for a Running Back. Allgeier has great size, and he has phenomenal blocking technique. He struggled to hold blocks for a long time, but he still managed to completely stonewall blitzers for longer than any other Running Back can.

Burst – He doesn’t have great burst. He has a good ability to cut up-field and accelerate, but his acceleration is subpar, and he doesn’t hit holes with explosive speed. Additionally, he can’t “get skinny” and slip through smaller holes, he just bounces through them. This slows him down significantly when the hole isn’t large.

Receiving – Surprisingly adequate receiver for his size. He has very soft hands and doesn’t drop the ball. He isn’t much of a downfield threat, as he isn’t an elite route runner, but he will have no problem catching screens. After catching screens, he can occasionally be too patient before advancing up-field, which makes him less of a receiving threat after the catch.

Explosiveness – Allgeier’s speed is truly an enigma. He doesn’t have explosive burst, but when accelerating he can reach great speeds and even outrun most players. On the other hand, there were many instances of him breaking loose, and then not being able to maintain the long speed to stay ahead of the pack.

Combine – Allgeier carries a ton of weight on his smaller frame, but that doesn’t affect his athleticism. Running a 4.6 40 at 224lb is outstanding.

Tyler Allgeier is a fascinating prospect, with many intriguing qualities. He is a massive back with a ton of weight on his frame, but he still manages to maintain his athleticism and quickness.
Allgeier is a bowling ball once he gets moving, and he is the definition of a bruising runner. He can even be reliable on 3rd downs, using his great blocking ability and his good hands.
On the other hand, he is way too patient and lacks burst when holes are open. The lack of ability to “get skinny” is also very concerning, as it will demand more from his O-Line for him to be able to have any success.
When you break it down, Allgeier has too many concerning qualities to be a true dominator, however, I think it’s not that complicated. Players with the size and athleticism that he has hardly come around at the RB position, and his ability to be on the field on 3rd downs will be a huge value boost. He is intriguing enough that he will not fall far in the draft.

See Tyler Allgeier’s overall ranking among other players on my Big Board. 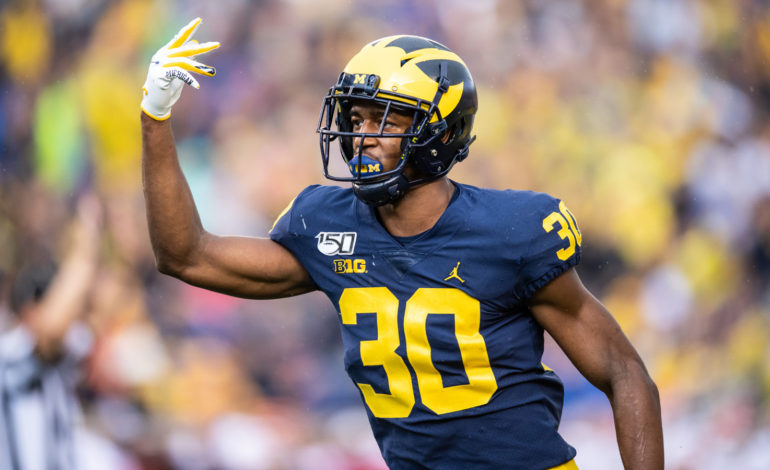 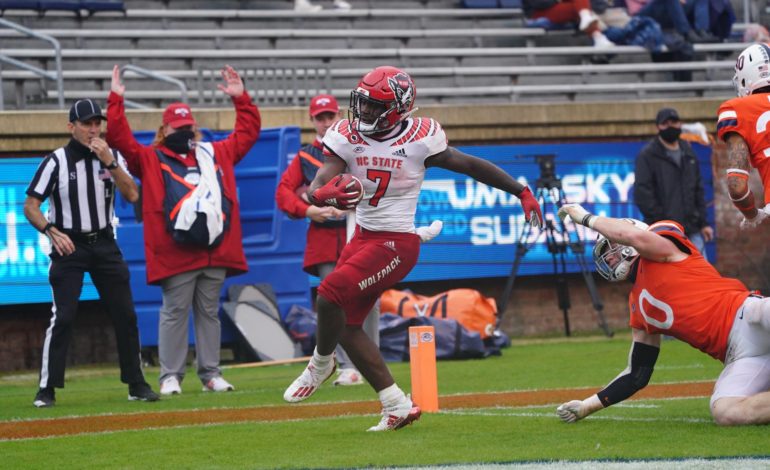