For New Jersey Devils fans, the last 48 hours have not been kind. On Thursday night, the Devils visited the Boston Bruins at TD Garden. The Devils managed to keep it close – for the first 11:02 of the game. The Bruins would go on to score seven unanswered goals and beat the Devils, 8-1. The humiliating loss officially eliminated the Devils from playoff contention for the ninth time in 10 seasons. On Saturday afternoon, the Devils hosted another Atlantic Division team, the Florida Panthers. The events which transpired this afternoon have New Jersey Devils fans demanding a change: most notably, a coaching change.

This afternoon, the New Jersey Devils were up 6-2 after two periods. Forward Yegor Sharangovich scored the first hat trick for the franchise since the 2019-2020 season. The Devils were so in control that Florida Panthers coach Andrew Brunette pulled starting goaltender Sergei Bobrovsky. Then came the third period, which began the downward spiral. The Panthers scored four unanswered goals in the third period and what was once an insurmountable lead for the Devils turned into overtime. Defenseman Gustav Forsling scored 1:45 into overtime to complete the comeback and earn the extra point. The Devils have been plagued by bad goaltending all season with seven different starters between the pipes this season. But this loss for the Devils can be put directly on coaching.

Doing the Lindy… Into the L Column

Too many times this season, the Devils have had the lead and later surrendered said lead. This game was another in a series of letdowns. The Devils had their foot on the throats of the Panthers, who have been a wagon as of late. And for the second time this season, it appeared that the Devils were going to score seven goals against the Panthers. But they took their foot off the gas pedal and this loss lies squarely on the shoulders of New Jersey Devils head coach Lindy Ruff and his coaching staff.

Ruff and his staff’s line management was inexcusable in this game. It was as if they were trying to pad the stats of the Devils’ top six forwards rather than win the game. Poor line management lead to atrocious face-off percentage as the Panthers won 66% of the face-offs. The Panthers won 13 of 17 face-offs in the third period and won both face-offs in the extra frame. Why Ruff didn’t have his two best face-off forwards – Nathan Bastian and Mike McLeod – out more in the third period is mind-boggling. Yes, scoring goals and saving goals are important, but ignoring other details of the game is egregious.

The New Jersey Devils have not only been plagued by bad coaching over the course of the season, but also a revolving door between the pipes. For the seventh time this season, the Devils had a new goaltender in net. Andrew Hammond – acquired at the trade deadline from Montreal for Nathan Schnarr – got the start after being activated from injured reserve. The vagabond goaltender had 14 saves through two periods. But in the third period, the Panthers outshot the Devils 23-5 and while Hammond stopped 19 shots, four went in. With the Panthers pushing the issue, Hammond surrendered goal after goal as his teammates in front of him continually let him down.

Has the Time Come for Change?

The New Jersey Devils coaching staff has 14 games to prove why they deserve to stay with the club next season. It’s been ten seasons since the Devils made their last Stanley Cup Final appearance and six seasons since their last playoff appearance. If this is the final 14 games for Ruff and his staff, they must establish a distinguishable identity. (Well, at least an identity other than a barnburning squad that have the proclivity of surrendering leads.) There’s too much lineup juggling between the forward lines and defensive pairings. (Remember how well Ryan Graves and Dougie Hamilton paired before Hamilton’s injury in December? Me neither.) General manager Tom Fitzgerald and Devils ownership will have a lot to discuss in May during exit interviews.

But for the New Jersey Devils fan, I’ll quote the late, great Owen Hart: “Enough is enough, and it’s time for a change!”

I’m Ryan McCarthy and I occasionally write about hockey for Belly Up Sports. We have a lot more to offer in our NHL coverage. If you want to chirp at me regarding the Devils, life, or other topics, hit me up on Twitter: @whoisryanmcc. Thanks for reading. 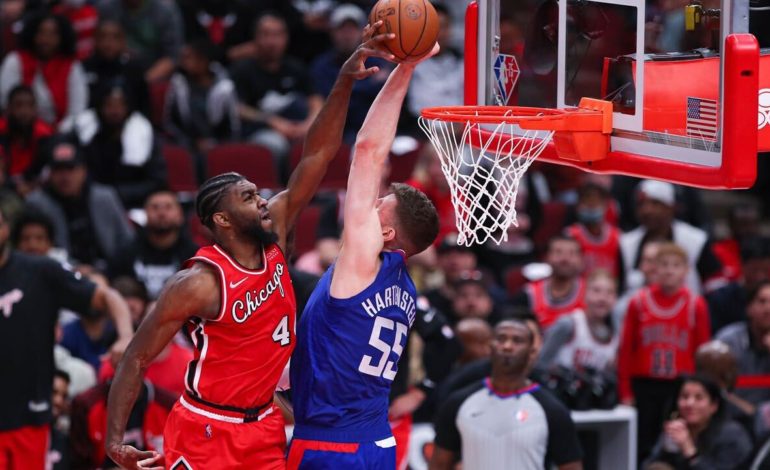