The Geneva convention outlines several paths to surrender, but perhaps the most important is the white flag. The white flag is internationally seen as a protective sign that implies truce or ceasefire. People that carry or wave white flags aren’t supposed to be shot at, and they themselves are refraining from shooting. While the white flag can be a sign of an unarmed negotiator or a medical official, the most important thing about seeing a white flag is this: whoever is waving it is not fighting. As the Houston Rockets wind down March, they’re waving their own white flag… a sheet of paper with the word “OUT” at the top.

The Houston Rockets have officially thrown in the metaphorical towel on the season. They’ve begun sitting all players of note over 25 years old and riding with the youngest players.

The Houston Rockets look like they will sit at least Christian Wood, Eric Gordon, and Dennis Schrӧder for the remainder of the season. Jae’Sean Tate is splitting minutes with Kenyon Martin Jr., and KJ is playing down the stretch of close games. David Nwaba, Houston’s second-oldest player in uniform, hasn’t played meaningful minutes since mid-February and has logged several “DNP’s.”

On the whole, Houston is playing a roster that is largely college-aged kids. There were four players in the NCAA tournament that turned 25 this school year. The average age of Texas Southern, a 16-seed that also calls Houston home, is over 21. The Houston Rockets decided to celebrate March Madness by playing a team that could be in (and dominate) college basketball.

That said, when you include a minor Alperen Şengün calf injury, Houston is rolling out a lineup that looks a lot different from their most played lineups in December, January, and February. Usman Garuba spent extensive time in the G League and averaged less than seven minutes per game before the last week. In the last week? He played almost 14 minutes with Şengün healthy and over 25 minutes when he wasn’t. Bruno Fernando only played more than four minutes once in Boston (7:11 in a loss). This March? He’s broken 22 minutes for Houston twice.

On the floor, it’s apparent that the young guys are fearless, relentless, and very fun to watch. Do they miss defensive rotations? Absolutely. Does Houston bleed buckets at the rim? Yup. Do the Houston Rockets give up offensive rebounds from lack of awareness? With wild regularity.

But do they block a jump shot, push the break, and flip a lob for a powerful jam?

While highlights don’t necessarily yield future success, one thing is very clear: Houston has young future stars. And none are brighter than Jalen Green.

Final stats for Jalen Green in the month of March (17 games):

Rookie of the Month? An absolute lock — and he's likely played his way to All-Rookie First Team. The #Rockets future is bright. pic.twitter.com/vD3V3WlOPD

Jalen Green has been the guy fans of the Houston Rockets have hoped for. In the month of March, Green averaged over 20 points, 3 assists, and 3 rebounds per game. On the season, of rookies with more than 2.5 assists and rebounds per game, Jalen Green is second in scoring at 16.4 points per game. If he held his month of March averages? He’d lead the pack by a margin of more than 3 points per game.

Qualitatively, the difference has been that he has been attacking the basket and finding less help-side defense at the rim. This is in part because others have stepped up. Christian Wood, when he was in the lineup, was having his best shooting stretch. Since the All-Star break, KJ Martin is shooting over 50-percent from behind the three-point line. Guys can’t help off of them in the way they could earlier.

But this is also because the game has slowed down for Green. He’s making decisions in the painted area before defenses can react, like when he spins away from Rudy Gobert. He is shooting gaps between defenders like he did Memphis’ Ja Morant and De’Anthony Melton. Green is rising up in the midrange over dropped defenders before they can recover and contest the shot. He’s using the rim as a screen on reverse layups.

And, as fans will tell you fervently… he’s violently throwing it down whenever given the opportunity.&nbsp;

The month of March has been Green’s best yet. His month-long three-point shooting has leveled out at 39.7-percent, and thus he’s pulled defenses out to him in a way that opens up his speed as a weapon. Of players with over four three-point attempts per game this season, that would put Jalen Green (who has 6.6 attempts per game) in the top 20 shooters in the NBA by three-point percentage. As a scorer who’s known for his speed and his creativity around the basket, That he is shooting with numbers akin to some of the top shooters in the NBA is incredible.

This version of Jalen Green, with a full off-season of on court work, is the kind of guy that can go for 25-5-5 as a second-year player. While that’s a high bar, that’s also what feels like is “next” after the month he just had.

Out of the Wood?

With the highest trade value of anyone on the Houston Rockets over the age of 23, and “DNP” the rest of the season, Christian Wood may have played his last game in Houston.

Wood is a definitional tweener. He’s a little too flat-footed at times to play on the perimeter, but he’s quick enough to blow by centers. Wood is a little too thin to protect the paint, and he has trouble protecting the rim, but he defends the perimeter better than most NBA bigs. He’s shooting 39-percent from beyond the arc this season but stops the set to take his man in isolation as much as any player on the roster.

As Wood delineates from sets, he gets in the way of driving Rockets guards. When he isolates upon catching it, guys get frustrated and move without the ball less. As other players are getting hot, he launches his own heat check to see if shooting is contagious. (Update: it is in fact not). When he isn’t getting his touches? He pouts and doesn’t return after halftime. Needless to say, he’s a tough fit on a young rebuilding team. His resume assumes rank on a roster as young as Houston’s, and thus he’s overly involved in orchestrating the offense.

For all intents and purposes, Houston should be looking to move Wood as early as draft night. They have the worst record in the NBA, and three of the four projected top picks are forwards. Şengün has one front court spot locked into next year’s starting lineup, and it appears KJ Martin is working towards earning the other. Theoretically, Houston will have three starting-caliber prospects under the age of 21, and should see how they gel together over the course of a season. Wood gets in the way of that.

Even Christian Wood’s biggest supporters ought to want to see him elsewhere. The Houston Rockets will be better next season, but won’t be seriously competitive before 2024. Wood’s contract? It runs up in 2023. He ought to go find his more competitive, longer-term home now. 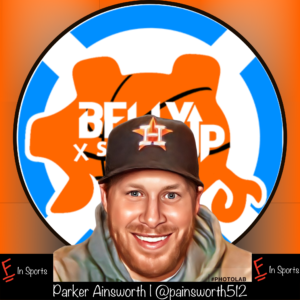 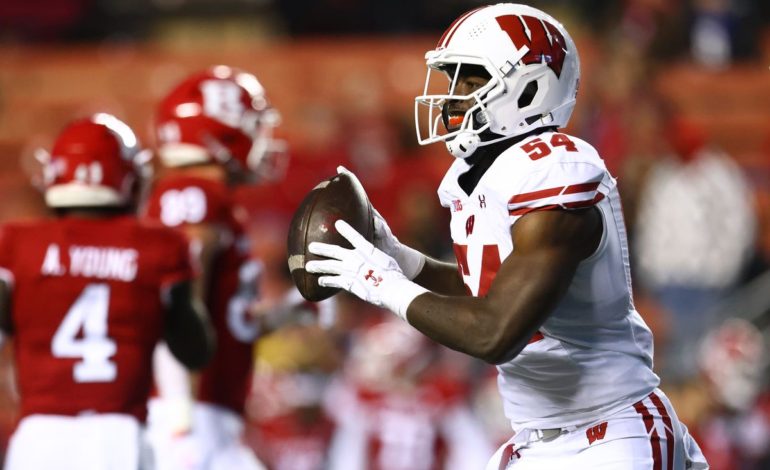