A Linebacker class like this is rare. While the players at the top aren’t on par with legendary Linebacker prospects like Micah Parsons or Devin White, they are great in their own right, they just come with a few questions. Dean has his height, Walker has his production, Lloyd has his age and “unpolishedness”, Chenal has his role questions, etc.
Still, there is plenty to be excited about with each prospect.

My top tier in this class includes the Top 2 Georgia Linebackers, followed by the next three, and then the last two. Many would have Lloyd in Tier 1, and most don’t have Harris anywhere near Tier 2, but there are many disagreements in the scouting world regarding these Linebackers.
This ranking has also gone through the least change of all positions, and aside from Walker leapfrogging Lloyd, my ranking has stayed stagnant throughout the pre-draft process.

Both players were viewed as extremely limited, and they still are. However, after a stellar Combine performance from both, their athletic traits are too exciting to pass up.

The players at the top of this class are elite, and despite the lack of hype, should be seen as such. Unfortunately, that won’t show on draft night, as they will all drop. The depth of this position is unlike anything in recent history, and even the players at the top aren’t locked-in blue-chip talents or difference makers. This will drop their final draft selection spot by a lot.
Dean and Lloyd are probably still 1st rounders, but only late-1st and even that isn’t a guarantee anymore.
I assumed there will be a heavy run on Day 2 of Linebackers, but as mentioned, teams may prefer to take a player from a position with dwindling talent and hold off on Linebacker until the 3rd.

See the Linebackers’ overall ranking among other players on my Big Board. 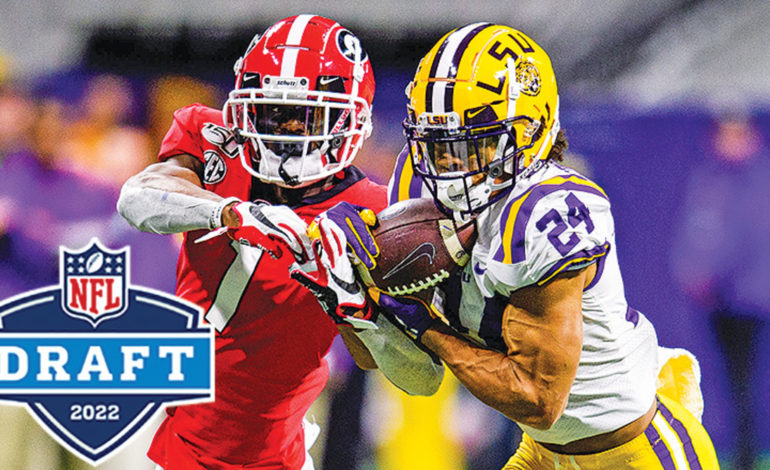