Hand Counters – Bonitto is a smooth technician. His counters and hand swipes are extremely hard to stop, and he deploys them with perfect timing, to make it all the more dominant.

Bend – One of the benefits of being a smaller defender is his movement ability. He can duck under and curl around defenders with ease, always getting to the spot he wants. The second he catches you with your outside hand lacking, he will bend around you in a flash.

Power – On the other hand, his lack of size directly affects his power. He is surprisingly formidable against driving blockers, but he has no bull-rush ability. He can’t generate a push and he isn’t a dominating physical presence off the edge.

Pass-Rush Moves – Bonitto has one of the largest pass-rush arsenals in this draft. Whether it’s his slick edge bending, his smooth and precise hand strikes, or even his inside counters, Bonitto was consistently getting into the backfield. He even used a phenomenal shimmy to keep blockers on their toes. Then, when they were off balance and forced to bounce back and forth laterally, he would find their soft side and cut that way, running right past the blocker.

Run Support – Bonitto plays with elite vision and feel for the game. This helps him be a reliable and formidable run defender, as he always manages to stay in front of runners, never giving up a lane or exposing a gap. He sets a great edge and fills holes very well, bursting through holes and crashing with perfect timing.

Quickness & Burst – Although he doesn’t have an elite explosion off the snap, his timing and quickness give him the edge. He is always a step ahead of blockers, and this makes his shifty pass-rushing moves even more successful.

Versatility – Projecting Bonitto’s fit in a defense is tricky. His lack of size makes it hard to envision a role for him as a full-time pass rusher. On the other hand, his lack of experience in coverage will make it hard to trust him as a coverage specialist.

Physicality – Despite his below-average size, Bonitto is tough as nails. He plays to the whistle, and he is tenacious in close quarters.

Tackling & Pursuit – Using his elite vision, he tracks down ball carriers perfectly, and closes in very well. His tackling technique is polished and reliable, and although he won’t pack a punch or make spectacular extension tackles, he will get the job done.

Combine – Bonitto had a very troubling Combine. Coming in as an undersized player at a beefed-up position, he was expected to have at least above-average athletic testing numbers. He couldn’t even manage that. All of his numbers were average, and nothing made you excited about his athletic potential, except for the 4.54 40, which for his size isn’t exceptionally ground-breaking.

Nik Bonitto was the ultra-productive stalwart of the Oklahoma defense. He consistently won using his elite agility and football IQ. There is no doubt that he was always the smartest and quickest Front-7 defender for the Sooners. Still, certain qualities are paramount for pass rushers – length and size. Bonitto is far below average at both.
Despite the lack of these traits, he managed to have a lot of success at Oklahoma, maintaining the optimism surrounding his prospects. The precision and understanding with which he plays the game are astonishing. It’s as if he was a 3rd-contract veteran in the NFL, playing in the FBS. Pairing that with his great quickness, agility, and get-off, only big AND agile blockers were able to get the best off him.
Unfortunately, his Combine performance did no favors to his draft stock. Being undersized and marginally athletic isn’t encouraging at all. Many productive, quick, and smart football players have come through the draft and busted, only for their lack of athleticism or size.
I think Bonitto shouldn’t be counted out of this draft, as there are certain roles he can play in a defense that would maximize his abilities. Still, I wouldn’t draft him highly either.

See Nik Bonitto’s overall ranking among other players on my Big Board. 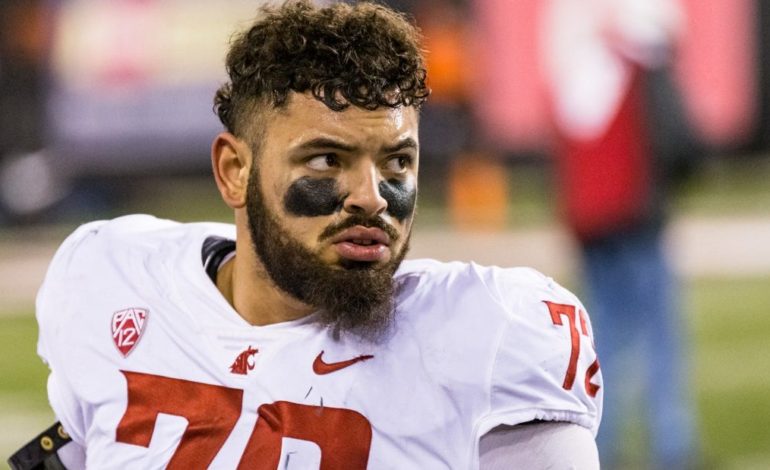