Golden State Warriors Coach Steve Kerr opened up his pregame press conference with emotions. Eerily familiar emotions. Uniquely American emotions. Unintentionally rehearsed emotions. Kerr opened the presser and spent two minutes pouring his heart out onto the Warriors branded table cloth in front of him as he sat in the American Airlines Center in Dallas, Texas, on Tuesday. This school shooting in Uvalde, Texas – as was the case with every school shooting before it – was enough for Kerr.

For the uninitiated, or folks who haven’t listened to the “F” In Sports podcast, I am a teacher in Texas. As a teacher, in Texas, on Tuesday, we were wrapping up the school year. For my students, summer vacation started last Friday. For our faculty? It’s this Friday. If the week before school is “faculty orientation,” the week after it’s over can be called “faculty dis-orientation.” Amidst graduations and awards ceremonies, teachers are cleaning rooms, grading finals, and having meetings to put a bow on the school year.

On this Tuesday in Texas, after a day full of meetings and (tardily) turning in final grades, I was running late to head home with my wife. She teaches at the same school. I had to get home, put on a suit, and head to a graduation. My first ever 5th-grade advisory (think: homeroom) was finally graduating. And later that night? I had a scheduled interview for a podcast episode. It was supposed to be an exhausting, but exciting, day.

I walked in the door to see the TV had been left on. As I set down my backpack, I froze. White letters reading “14 Dead: Uvalde, Texas” sat across a blue bar. Uvalde is a seven-hour drive from where I stood and powerlessly stared at the news. My wife sat down. While standing, I grabbed the counter to keep myself up.

Graduation was fun, and the student speakers were strong. The recording was a blast, and my guest was brilliant. Editing the audio, while the Dallas Mavericks narrowly beat the Golden State Warriors to stay alive in the NBA Playoffs, made me smile. The American Airlines Center roof leaking, and Mark Cuban’s reaction, made me laugh. When I asked my wife how she was doing, the response was simple and short: “I’m just tired,” she said.

The game ended. The episode was completed and edited. The Office was on TV. There was no more smiling. No more laughing. Just a fan spinning, a dark room, and Michael Scott rambling about prison or something else in the background for a few hours until the alarm sounded. It was time to go to the gym before work.

At the gym, I went onto the basketball court to get some shots up. Hitting jump shots led to smiling. Missing layups led to laughing. Tobe Nwigwe played in the background as the ball rolled to the wall and sat there until the alarm sounded. It was time to shower and clean up before work. I was tired.

Work during the “disorientation week” means never-ending meetings, including relearning CPR. CPR training was divided into pairs of teachers. Upon shaking hands with my partner for the day, I asked how she was doing: “I’m tired,” she said. The CPR training opened with The Office clip where Dwight is supposed to use the practice CPR dummy but cuts his face off like Hannibal Lector, so I smiled. We named out CPR practice dummy Preston because you “press him,” so I laughed. The rest of the videos played while the blue power button on the monitor shined in a dark room.

After a day of meetings that would never end finally ended, we had our faculty softball game. I was put on the softball coach’s team, I assume because I am sporty. I played football, basketball, and threw for the track team. But baseball/softball? Not in my bag. I asked how she was doing: “I’m tired,” she said.

Though I was an awful baseball player that quit the sport very early, I did get some hits and smiled. In a moment of bad decision making, I caught a booming line drive with my bare hand, and (through physical pain) I laughed. Then we got in the car to go home. While sports talk radio played, I stared out the window. “What’s up?” my wife asked me. “I’m tired.”

Upon getting home, I checked Twitter. A student was caught with an AR15 and AK47, both, at Richardson Berkner High School in Richardson, Texas, on Wednesday. Berkner is a seven-mile drive from where I powerlessly stared at Twitter. I looked to my wife and we debated what to eat for dinner. I asked how she was doing: “I’m tired,” she said.

BREAKING: A student has been arrested at Berkner High School in Richardson, Texas. There was an AK-47 and replica AR-15 rifle inside his vehicle.

I don’t know what age sports become an outlet for kids and that’s probably because it’s different for every kid. I do know that, at 10 years old, basketball had already become that for me.

Long day at school? Go dribble in the driveway. (We got a basketball goal in 5th Grade. Before that, we shot at a specific brick on the side of the house. It wasn’t the best way to work on a jump shot. For these purposes, it worked fine.)

Raining outside? Flip through an Eastbay, a Slam, or SI for Kids. (Flipping through of course also meant pulling ads, posters, or even tearaway cards to tape to the wall. It wasn’t the fanciest home decor. But for these purposes, it worked fine. )

Need to check out at night and not talk to anyone? “I’m watching the game.” (“What game?” “THE GAME, MOM.” It wasn’t the most polite answer. But for these purposes, it worked fine.)

I know these habits were established by the time I was 10 years old because on September 11th, 2001 I was 10 years old. That day we weren’t allowed to go outside to play basketball at school, we couldn’t sit in the living room and expect to focus on a magazine, and we couldn’t watch games on TV. Basketball wasn’t happening… so when we came home from school and heard about what happened, we had to sit in it. All of America sat in it, however many miles away.

Shortly thereafter, the politicians would act. Sure, later (many millennials and) I would question what the people in power did, but no one would question if they did anything. Action was the only response. Even if the result was tumultuous, and one I later debated with other students as a middle schooler, there was a decision and action. At 10, it was simple: this incredibly awful thing happened. Now they want to do something about it.

Basketball players didn’t do much in the way of real action. Kobe Bryant wore red, white, and blue shoes to be patriotic. Derek Jeter took the field with an American flag behind him. As pictured above, LeBron James, in a televised high school game, wore the same shoes as Kobe Bryant (Slam magazine said it was a gift). Basketball was present and patriotic. Significant action? Certainly not.

History can judge if those were in fact the right things to do. Or, as a history teacher, I’d play devil’s advocate and argue about it. As a 10-year-old… I’d probably talk about sneakers. As present-Parker, I’d probably do a little of both.

Presently, little has changed over the last decade. Since the Sandy Hook massacre, through the movie theaters, the concerts, the grocery stores, and more schools, there hasn’t been any action. Inaction is, distinctly, the only response. 10-year-olds see themselves in the news as incredibly awful things continue to happen every single day in this country, and the people in charge do nothing about it.

But basketball players? In the last 72 hours alone you’ve had Steve Kerr making comments when handed a microphone. The same LeBron James we all watched in 2001 is tweeting out the same guttural emotions we all feel presently. Eric Spoelstra reflected, similarly to Steve Kerr, in his pregame presser on Wednesday. The Miami Heat broke the moment of silence in the FTX Arena with a plea to call senators. Basketball, at least in my life, is the public entity urging action.

But the politicians? Richardson, Texas, was threatened on Wednesday, while Texan politicians were in Uvalde. They had flags behind them. They wear pins and patches to be patriotic. Present and, in their words, patriotic. Significant action? Certainly not.

I disagree with Steve Kerr. Basketball questions do matter. Basketball does matter. It’s not because basketball is the distraction it once was. The world has shifted. Yes, we can shoot hoops, watch games, read magazines, rip posters…

But the problems are too present and preventable to be distracted.

Basketball, and the men and women that play it in the NBA and WNBA, are the closest things we have to action. The NBA players put the playoffs, and the world, on pause mid-NBA Playoffs in the bubble. They needed to take a stand. The WNBA led a political revolution in Georgia that led to voting against Kelly Loeffler, who owned the Atlanta Dream at the time. Basketball athletes have used their voices and platforms time after time in a way that is inspiring. They share the same frustrations and spill the same emotions. And in the case of Steve Kerr, they educate… not unlike a teacher in school.

“There’s 50 senators, right now, who refuse to vote on HR-8, which is a background check rule that the House passed a couple years ago. It’s been sitting there for two years. There’s a reason they won’t vote on it: to hold onto power.” – Steve Kerr.

Basketball (again, like teachers) is exactly where to send questions. Basketball is the only place left with any action.

If you have the means, please donate to the folks at everytownsupportfund.org, please look up the contact information of your senators, and continue to do actionable things to help end this.

Uvalde is not the only place to suffer from this American illness. But if you are moved to donate to Uvalde specifically, please send help to the verified GoFundMe, here. 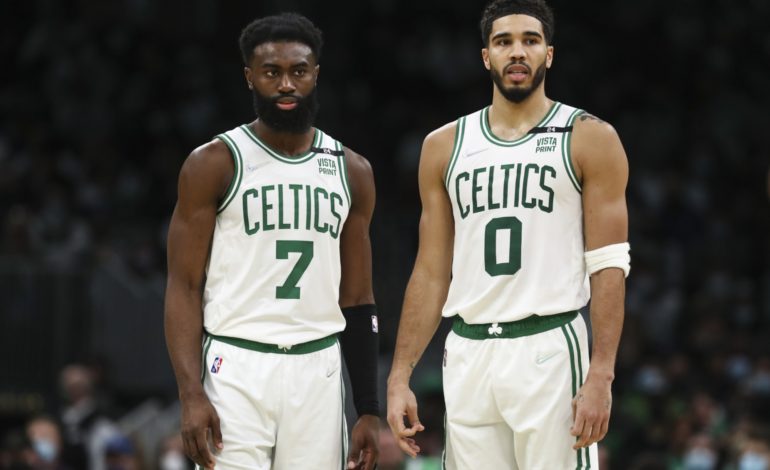 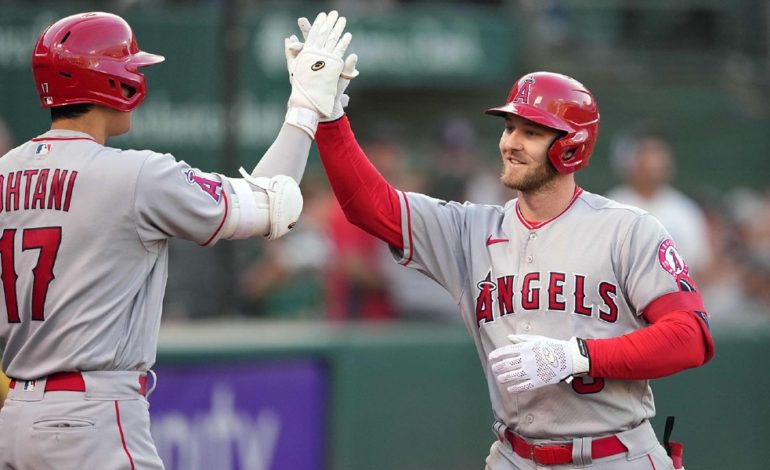