What a time to be a Wide Receiver in the NFL. The contracts, draft capital, trade capital, and interest have never been higher. It’s unclear if this is just a phase, but either way right now is the WR Golden Age. 6 of the Top 18 selections in the draft were Wide Receivers, a whopping 33% of the picks.
Check out my WR Pre-Draft Positional Breakdown to see my pre-draft rankings of these players, and my Draft Grades to see every other pick in the draft, and how teams graded out.

I love most of these landing spots for the top players in this class. Most of them landed in stable and well-run organizations, and are paired with either a great Quarterback or a great coach.
The trade-ups the Lions and Saints committed to come up and get J-Mo and Olave instill a lot of confidence in their potential usage. I was a little concerned with Jameson’s lack of excitement after the pick, and the rumors that he isn’t taking his rehab as seriously as many hoped is concerning. Still, it’s hard to overlook his enormous potential.
Jahan Dotson was an interesting and surprising pick, but not nearly as bad as many have made it out to be. This gives Wentz the playmakers he needs to succeed.
Wan’Dale Robinson is hard to root against, especially after being so electric in college. Add his high draft capital to that, and it’s hard to see how he doesn’t get targets. Still, I’m very hesitant about his outlook. He is a short WR with short arms, and that combo is a death knell in the NFL.
Tyquan Thornton could be the pick that could be likened to the Andy Isabella pick, who was taken immediately before the likes of DK Metcalf, Diontae Johnson, and Terry McLaurin. A speedster who was outside the consensus Top 100 picks going in the 2nd round, ahead of more established and better players at his position. This was an embarrassing pick for the Pats, but it could be only the beginning.
Velus Jones was one of the more questionable picks in the draft. As the oldest rookie in this class, and a player who mostly played special teams and had little offensive success, this seemed like a terrible fit with young up-and-coming Justin Fields.

Olave is easily at the top for me. My pre-draft WR1 going to the best landing spot makes this a no-brainer.
Wilson will produce sooner rather than later, in what I believe will be one of the most exciting and flashy young offenses in the league. I expect the resurgence to be similar to the 2020 Bengals (although likely without the playoff success).
Jameson Williams and Drake London are lower for me than the consensus. While I love Williams, the rumors regarding his rehab were concerning. London wasn’t as high on my pre-draft rankings as most either, so this should come as no shock. He isn’t a dominant WR1, but he will be forced into that role. His lack of separation ability will prove harmful to his development, especially when forced into many targets against most teams’ CB1.

A common misconception when examining landing spots for Wide Receivers is ranking the best Quarterbacks. I think a steady reliable organization with great coaches is much more important. Per that premise, Olave easily lands in the best spot. Especially considering the amount the Saints traded up for him, and that Michael Thomas will draw plenty of coverage away, Olave is perfectly set up to explode.
Watson lands in a similar position, with a much better Quarterback, and no competition for targets. However, being forced into a WR1 role as a rookie isn’t ideal.
Burks and Skyy Moore were both considerations for the last spot, especially given Moore’s landing with the young phenom in Patrick Mahomes. Still, given Burks specific and necessary role in an NFL offense, Tennessee offers the perfect utilization of his talents, in an offense that won’t demand too much of him.

As my pre-draft WR1 landing in the best spot, I am understandably very high on Olave.
Williams lands in a great situation as well, and his talents speak for themselves. If he heals well and melds smoothly into the Lions’ offense he could be a Pro-Bowl level WR.
If Watson can hit it off with Aaron Rodgers, this could be a star-studded multi-year pairing. I’m not confident that this will happen, but from a ceiling perspective alone, Watson checks a lot of boxes.

Few teams are more devoid of WR talent than the Falcons. Aside from Kyle Pitts, London will be forced to be the premier target in an offense with no Running Back.
The Titans are much better than the Falcons at WR, but Burks still slides in as the potential WR1. After losing AJ Brown, I expect the Titans to try and turn Burks into their new AJB.
Michael Thomas isn’t the target hog he once was, and Alvin Kamara isn’t getting any younger. Olave should have plenty of targets on a team with no depth.

Matt Ryan‘s best years of his career were with Julio Jones. Michael Pittman Jr. is a similar receiver, but he isn’t the dominating presence that Julio was. Pierce profiles as a similar athletic freak with a dominating presence. He could work wonders with Ryan.
Everyone wants CeeDee Lamb to be a superstar. While I am also obsessed with his talents, he showed time and time again that he isn’t the target-hog outside WR1 that they might want, and Tolbert has shown exactly that at South Alabama.
Bell had a terrible Combine, but he is as natural and smooth a receiver as they come, and he goes to a team with little top-end WR talent. He could come in and be a reliable WR2 for a while.

This is more of a hunch call, but Toure could be the WR that Rodgers fits with the best. He is a bigger player who showed flashes and is very tough. I also doubt Rodgers hyper-targets an early pick, rather I expect him to try and turn a 7th-round pick into a star.
Melton is ultra-talented, and he is far more talented than a 7th-round player. I don’t expect DK Metcalf and Tyler Lockett to be there for long, and once they get a new Quarterback, Melton could be the WR1 of the next regime.
It’s hard to call a 3rd-round WR a deep sleeper, but he is going overlooked. On a team with no established WR1, Gray could step in and be that player. The 49ers lack the size at WR, and his 6’1″ stature could be exactly what they need.

Ross is undeniably talented, and despite his terrible athleticism, he is a twitched-up natural player, who could carve out a role for himself on a team with a great Quarterback.
Baltimore has no Wide Receivers outside of Rashod Bateman, and although they have good depth with what seems like better talent than Polk, if he plays well he could become the WR2 for a needy team.
Austin doesn’t have much to go off, but his elite athleticism could position him nicely for a role on any team. The Jags are especially interesting, after losing DJ Chark, Austin could fill that role. 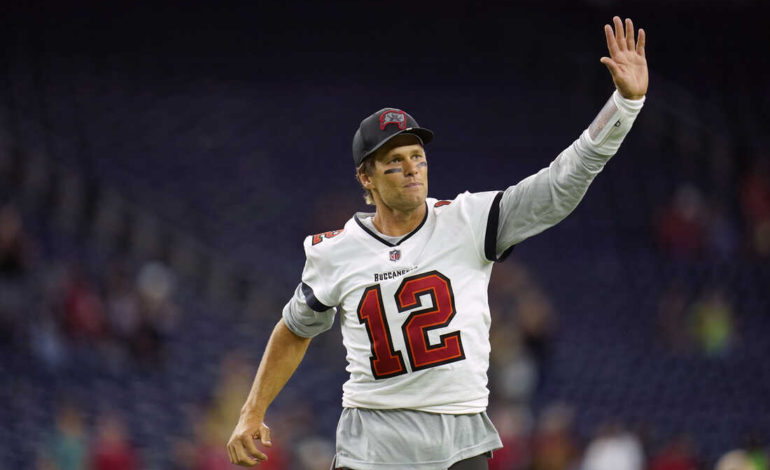