This offseason, the New York Giants said goodbye to a few defense pieces. One of those was James Bradberry, who was part of former GM Dave Gettleman’s regime. After a 2020 season that saw him make the Pro Bowl, the former Samford cornerback slightly regressed in 2021.

To clear cap space, Bradberry was released. The consequences of that? He would end up signing with NFC East rival Philadelphia. So much for getting away from him.

Even though Big Blue has rejuvenated its roster with talent on both sides of the ball, there are question marks at the cornerback position. However, in terms of finding someone to depend on as your lockdown corner, he’s already on the roster.

Why Adoree Jackson Can Be Dependable for the New York Giants

According to PFF, Jackson finished with a coverage grade of 80.9, which was fourth-best among cornerbacks. He’s consistently graded in the 70+ range defensively throughout the years, and is versatile playing wide or in the slot.

More importantly, his man coverage is very solid. Whether it’s dealing with guys like Tyreek Hill or DeAndre Hopkins, Jackson has shown through tape he’s more than capable of stepping up to the challenge.

Quarterbacks better not test him either. In 2021, the former USC product only allowed a completion percentage of 52.1 and two touchdowns. The cornerback also finished with eight pass deflections.

Even when opposing wide receivers catch a pass, the Giants cornerback makes sure they go down. He missed only six tackles last season, showing how dependable he can be. Could the Giants ask for a better defender?

Of course, no one is perfect. There’s going to be times where Jackson makes mistakes and struggles. Wide receivers such as D.J Moore, CeeDee Lamb, and D.K. Metcalf are just a few guys who Jackson will match up against in 2022. But, with a team filled with young guys in the secondary, he must step up and be the leader this team needs. 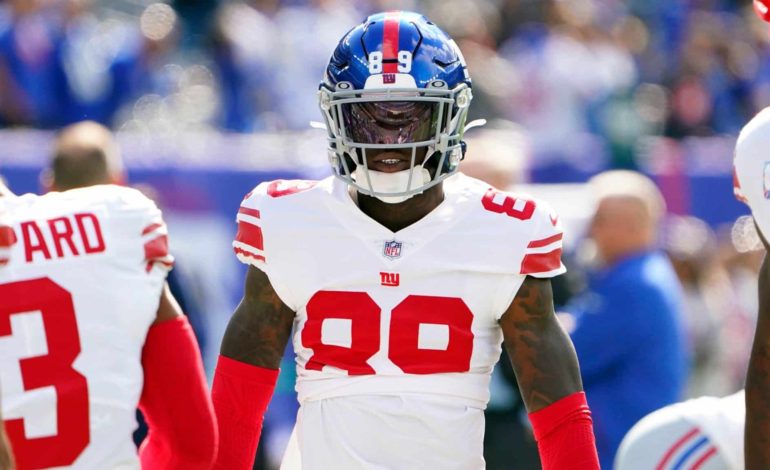