LIV Is Off and Running

The time has come, LIV said, to talk of tournaments. Of teams and drafts and piles of cash. But it’s not sportswashing. And why Rory is boiling hot. And whether DP wants in. (Kudos if you get that reference.)

LIV Kicks Off in Londontown

The moment that the golf world has been waiting for for months finally happened. Last Thursday, the first official LIV Golf Invitational Series event began at Centurion Club. With the field of 48 set, the tournament got underway with its radical new style combining individual competition with drafted teams and shotgun starts. Let’s break down some of the highlights (and lowlights) through the eyes of an admittedly biased outside observer. SPOILER ALERT – I am that biased outside observer.

Let’s start with the coverage of the tournament. Streamed live over Facebook, YouTube, and the LIV Golf website, from the get-go it seemed that LIV was targeting a different demographic. This wasn’t your PGA Tour coverage with Jim Nantz, Nick Faldo, and commercial breaks every 10-15 minutes. This was pure, nonstop, commercial-free golf available to anyone and everyone with an internet connection and a smart device. With sports coverage across the board trending towards streaming mega-deals, this is right in line with the times. Accessibility is key to viewership.

The broadcast team itself is a mishmash of personalities who are clearly working on finding their footing working together. LIV brought on Arlo White of Premier League Soccer fame as the play-by-play guy. Jerry Foltz, formerly of the Golf Channel, serves as the lead golf analyst. Former Asian Tour broadcaster Dom Boulet rounds out the trio in the booth. The voices on the course are women’s long driver Troy Mullins and Fox Sports Asia analyst (and former pro golfer) Su-Ann Heng. They all bring experience in their respective roles and lend some credibility to the coverage with a plethora of backgrounds. As the three-day event progressed, the chemistry started to build and the team gelled working together.

OK, we’ve hit our first snag. From my perspective, entirely too much of the broadcast on Thursday was spent talking about money, be it the total purse or the individual and team prizes, and how much this money would mean to the competitors. So much so that, for a tour that is attempting to downplay the source of their funds, talking about cold hard cash will not quell those conversations. Someone clearly communicated this to the powers that be, as there was less money talk on Friday and Saturday as the event played on. Clearly, people are paying attention to the commentary on social media and the news wire, and adjusting on the fly.

Visually Different, But Appealing to the Eye

As far as the golf itself and how they covered the format, the on-screen visuals, and live scoreboard were something new and different in the golf realm. Its non-traditional format and bright colors stand out, even if it does take a large portion of the screen.

As noted in the photo, the leaderboard on the left was actively updated as scores changed and players moved up or down. Depending on who was being featured in the shot at any particular time, it would scroll to his name and highlight what hole and what shot he was on. The logos next to their names signified which of the 12 teams they represented in the team competition. Being that this was a shotgun event, the number of holes remaining applied to all players on the course and was helpful to understand where things were in that day’s round. I saw this live leaderboard graphic described as Formula 1-esque. It was certainly clean and eye-catching. Again, something to grab and hold the viewer’s attention.

As with any golf coverage on any tour, one cannot possibly show every shot from every player, save for featured group coverage when available. LIV has this broadcast segment – and moreover seeming tour slogan – called “Don’t Blink.” This is where they go show you some shots you missed while the coverage was focused elsewhere. This isn’t uncommon among golf coverage. The volume of shots shown is unparalleled. The problem here is the quality of shots. Both those shown and missed.

Obviously, the competitors are all professional golfers from around the world. They’ve succeeded in getting to where they are by being good at the sport. The problem with LIV as it is now is that it’s so top-heavy, that the level of competition in terms of Official World Golf Ranking (OWGR) drops off after the top eight or nine guys. As such, the “Don’t Blink” segments were often characterized by safe-but-not-spectacular approach shots into the middle of the green, chips and pitches from off the green to six or eight feet, holed putts, and other quality shots. This makes for good sound golf, technically, but not great viewable content. The numbers seemed to bear that out.

The Event Results Are In…

Individually speaking, Charl Schwartzel came out as the big winner. From the team competition, well, Charl Schwartzel (and his teammates) came out as the big winner(s). In fact, it was a good weekend to be a South African golfer in London overall. Not only did Schwartzel walk away with a combined $4.75 million that he didn’t have that Wednesday prior, but his fellow countrymen and teammates Hennie Du Plessis and Branden Grace finished second and third, respectively, one and two strokes behind Schwartzel’s final score of seven-under-par. It should be noted that, in the team competition, although there were four players per team, not everyone’s scores counted each day. In fact, on Thursday and Friday, only the top two scores from each team counted, and on Saturday the top three did.

So where did all those big-name former PGA Tour pros finish? Well, it was a mixed bag, to say the least. Centurion Club played tough. The conditions were decent if a bit windy. The rough was certainly challenging in spots. But another good thing about the shotgun start was that all players faced the same course conditions at the same time, so there was no “handicapping” based on favorable or unfavorable course conditions in the morning or afternoon. As for finishing positions, to name a few… Dustin Johnson finished eighth at one-under-par for the event. Graeme McDowell wasn’t too far behind in tenth at one-over-par. Sergio Garcia was 24th at six-over-par and Phil Mickelson was 34th at 10-over-par.

Personally, I’d give LIV and the London event somewhere in the neighborhood of a B- to C+. As expected, there are kinks to work out in the coverage and talking points. The golfers will not necessarily be the same at each event (save for the big names to whom those massive signing bonuses were paid before the first event even started), and with different locations coming up, the quality of play could just as easily show better stateside or elsewhere internationally. I’d expect gradual improvement and increased viewership, but it’s clear they don’t need eyeballs to keep the product going for the time being.

Let’s not kid ourselves, here, the controversy and clashing of the tours can’t – and won’t – stop any time soon. Bryson DeChambeau and Patrick Reed are headed for greener pa$ture$… I mean they’re making “business decisions“. The accusations of sportswashing abound, with notoriously outspoken (at times in true foot-in-mouth form) Brandel Chamblee not holding back when it comes to LIV and sportswashing and Hall of Fame legacies (just check his Twitter timeline).

While the LIV event took place in London, the PGA Tour returned to our neighbors north of the border for the RBC Canadian Open after two years (thanks COVID). During the compelling final round broadcast on Sunday, Jay Monahan joined Jim Nantz in the booth for conversation. Credit to Nantz as he lobbed no softballs Monahan’s way and pressed him on the LIV vs PGA Tour controversy. The responses were… predictable.

Speaking of the Canadian Open, the final grouping consisted of Tony Finau, Justin Thomas, and Rory McIlroy. First of all, the star power and hardware amongst those men were undeniable. The competition itself was spectacular, too, as we saw Justin Rose on 58 watch (he shot a final round 60), and the aforementioned final grouping a collective 20-under-par on Sunday alone. And we got what might be one of the first defending champions to hold serve and defend their title with a two-year hiatus in between. I’m speaking of course, of one of the most vocal active players against the LIV tour. His 21st Tour win… one more than Greg Norman.

A day @McIlroyRory will remember for a long time. pic.twitter.com/cbPk4w2jaN

What’s This About the DP World Tour?

First, a bit of background information. The DP World Tour is the current iteration of what was previously the European Tour. Previously, the European and PGA Tours were well in lockstep in terms of players occasionally competing on each other’s Tours (within the extent allowed by their respective rules). There existed a symbiotic relationship.

The current DP World Tour is run by CEO Keith Pelley. Rumors started swirling that he was in attendance at the London event and, in fact, was in negotiations to form a partnership with LIV. This gained traction, in part, by the apparently delayed punishment promised for defectors (compared to the PGA Tour’s swift actions backing up their talk). Not only were these rumors denied, but now it’s believed that the DP World Tour and PGA Tour might be talking about strengthening their partnership to combat the LIV threat. The landscape is changing almost daily.

Time For the US Open?

Players, including the LIV defectors, have reported to The Country Club in Brookline, Massachusetts to begin the Tour’s third major. Surely we can focus solely on that, right? Especially since the USGA CEO Mike Whan has allowed LIV defectors to play this year so long as they previously qualified correctly under the system – though he said the same may not necessarily apply moving forward. Surely everyone will be able to focus on the next four days of what should be elite golf at the exact golf course where a local former caddie-turned-golfer named Francis Ouimet (and the subject of the movie The Greatest Game Ever Played) became the first amateur to win the prestigious US Open more than a century ago in 1913.

Considering the history, the location… it was time to focus on the present and not worry about outside distractions. Right? Wrong. It has gotten to the point where, when asked, Jon Rahm weighed in. Phil is exasperated from answering all these questions. In fact, I’ll just let Brooks Koepka provide some closing thoughts (not necessarily espoused as my own, mind you)…

Like what I have to say? Hate it? Indifferent? Follow me anyway on Twitter for my sports takes, opinions, and occasional thoughts I throw out for general consumption. Go check out my appearance on the “F” in Sports podcast last week, talking about all things LIV Golf and PGA Tour-related. Please also go check out more Belly Up Sports content and see what we’ve got in store for you. 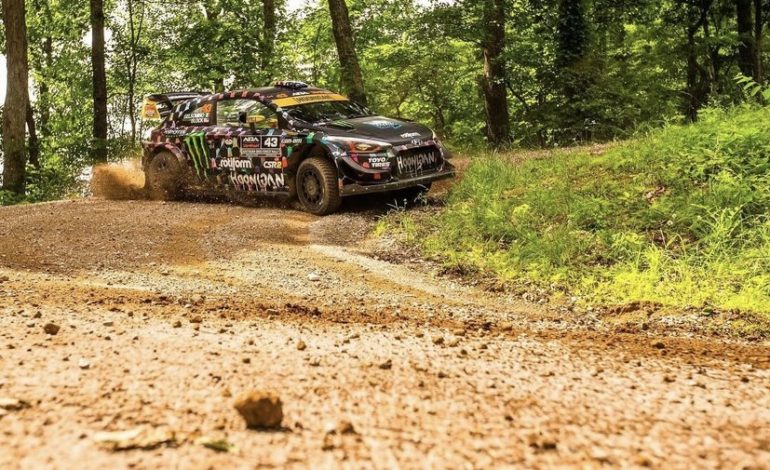 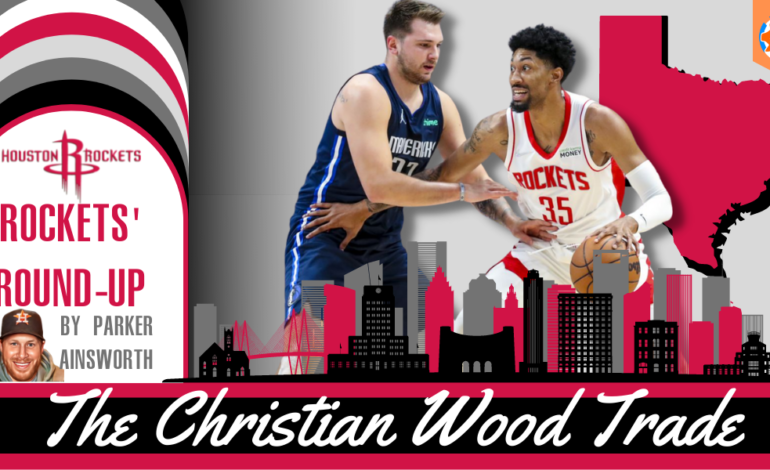