The draft is a day of dreams and hard work paying off, but it’s also about what makes sense for both sides. That’s the fun in a mock draft. With the draft in a day, here is my final NBA mock draft.

Jabari Smith is a rare prospect. He’s been number one on my board for much of this season. He creates an incredibly intriguing young core in Orlando.

I’m having a change of heart. I like Paolo’s ability to create and Holmgren’s ceiling I find more limited than Banchero’s and the Thunder should swing for the fences. Paolo jumps to number two in this NBA mock draft.

This would certainly help Houston’s defense and get the best player on the board. Chet’s a high IQ player and should not fall past this point.

The Kings could go elsewhere like a Shaedon Sharpe could make enough sense, however, I can’t justify it if I’m only basing this off AAU tape. I don’t get to see his pro day so Keegan is the pick here. The Kings seem to want to attempt to win now and this move makes sense to accomplish that.

Jaden Ivey is a freak athlete and would be a nice fit next to Cade as those two would be a force for defenses to handle.

I like the idea of this because the Pacers should swing for the fences and Sharpe is that guy. They need a dynamic wing and can wait for him to develop. Also, playing next Haliburton helps anyone’s game.

Mathurin is a more complete offensive player than many realize and has the size to defend. I see that part projecting better than in college with less pressure to produce offensively.

The Pelicans could use a tall point guard that can distribute and defend. Daniels fits the bill and would complement this core nicely right away.

Sochan has been impressive at workouts with his jumper and projects to be the top defender in this class with his ability to defend all five positions.

I hate this spot for the Wizards and would highly consider trading out if Dyson Daniels isn’t available. In this “no-trade” NBA mock draft though, I’ll take Davis as he is a strong guard who defends well and can play off the bench as a scorer and potential spot-up when playing next to Beal.

This is a BPA approach along with the fact Mitchell Robinson is heading to free agency. This would give the Knicks a versatile big that can move. They seem to prefer this type of big man.

OKC gets two Duke players early pairing this successful front-court tandem. Williams would fill a huge need as a rim protector at 7’2” and give their guards a nice lob threat in the pick and roll.

Griffin falls here as I’m not as sold on his upside, but he comes to a Hornets team that could use players who can thrive off the ball and defend. Griffin did those two things very well at Duke.

In this NBA mock draft, I wanted someone who could fit in the Cavs culture. Whoever they end up selecting needs to buy in. I like Williams here because of his 7’2” wingspan, his smarts in the pick and roll, and his shooting.

The Hornets seemed determined to move off P.J. Washington so bringing in a forward makes sense. Also, the Hornets’ next head coach might be Mike D’Antoni who runs a switch-heavy scheme defensively, which is where Eason will earn his minutes early.

Branham is a freshman that lit it up the second half of the year, especially in the mid-range. The Hawks need some help from the bench and back-court (not named Trae Young), which is where Branham will help them.

Terry’s ability to play off the ball is valuable, and he will be a valuable three and D guy for this Rockets team that needs more complementary pieces.

The Bulls need role players and LaRavia fits the bill. He would give them a tall forward off their bench to give them spacing, IQ, and defense.

The Timberwolves are turning around their franchise now and need to keep adding the right culture pieces. Agbaji has a strong work ethic and could be a decent role player off their bench.

The Spurs add some size and shooting in this pick. Jovic is an intriguing prospect that has shown a lot of flash, but needs to be coached up and needs to buy in. No one does that better than Gregg Popovich.

The Nuggets get the best player on my board and a nice project. Beauchamp showed off his game in transition and on the defensive end. He also has shown small flashes of shot-creation. At the very least, they’re getting a long wing that will run the floor and provide energy.

The Grizzlies don’t have many needs to address at this point in the draft. So they can take a swing here in the 6’9” forward who many view as a lottery prospect if they buy the jump shot. I think it will take time, but in the right system, Dieng could add intrigue with his playmaking and size.

The 76ers take TyTy hoping that we saw the first half of the season is the player they are getting. He has a nice floater, spot-up, and can play on or off the ball. He may not get minutes right away but could be a nice piece off their bench after a season of grooming.

Hardy is one of the best shooters in this class if you’re looking at the eye test. The Bucks would love to have his scoring off the bench as a spot-up and wouldn’t be asked to be a true point guard.

The Spurs get a guard here in Moore who is someone that really improved his jump shot this past season and is a very complete player. He is not the most athletic but could be a nice glue guy off their bench. Spurs do well in this NBA mock draft.

This is a reach to fill a need, but the Rockets desperately need to find a PG to at least try to develop that fits the timeline. Chandler is a willing passer and would control the game. He’s a little undersized, but I take the chance here given the prior picks in this NBA mock draft of Holmgren and Terry.

The Heat luck out here and get a replacement for P.J. Tucker as Liddell fits a similar mold. No, he won’t be as productive, but he is a high IQ player, he improved his jump shot, and fits that Heat culture.

Braun would fit this culture as someone who fills the stat sheet with all the dirty work. Braun moves without the ball and is a competent three-point shooter. Whoever the Warriors draft here might not get minutes early, but Braun is the best player on my board. I like the fit.

The Grizzlies have a great young core and don’t need two rookies in the rotation. Procida they can stash for now, but then bring him in as a movement shooter. Someone who can come off screens and let it fly.

Kessler gives the Nuggets something they don’t have and that’s a shot-blocker. Sure, you would like the offense to remain similar when Jokic is out, but Kessler gives them a big body who can wreak havoc defensively while the Nuggets have plenty of scoring when healthy.

To stay connected to my future content, follow me on Twitter. Don’t forget to take a look at Belly Up Sports for all your sports content. If you enjoyed this article, take a look at my last article “NBA Draft 2022: Brad’s Big Board”

The 7 Most Adventurous Sports To Try Today 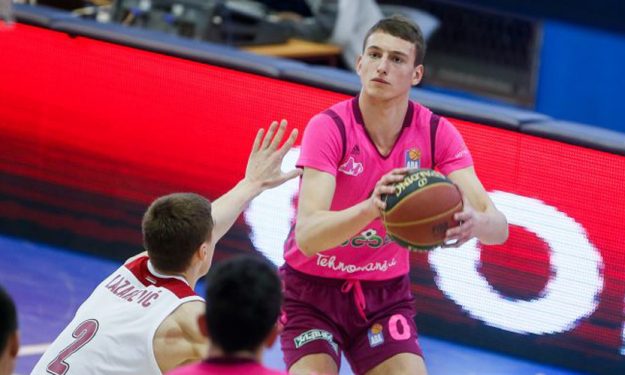