It’s not often when an arguable top-five player in a sport gets traded. Yet, the Washington Nationals are about to make that a reality in MLB. After turning down a gargantuan 15-year, $440 million offer, Juan Soto is on the trade block. Naturally, it immediately became the biggest story for the trade deadline to this point.

When a player on a Hall of Fame trajectory goes on the market, everyone needs to listen. At only 23, Soto has been worth 20.3 WAR already. With his Ted Williams-like offense, he’s a transformative player for a team capable of lifting mediocre ballclubs out of the doldrums and turning contenders into frontrunners. Moreover, he’s one of the faces of the sport after years of dominance both on the local and national stages. He is an upgrade EVERYWHERE. Seeing a young superstar like him on the move will change the landscape of the sport as we know it.

To really understand how much of a game-changer Soto is, let’s look at the numbers behind his already phenomenal career.

Juan Soto is a Generational Talent That Everyone Should Want

Soto’s numbers speak for themselves. He owns a career 159 OPS+ which would tie him with inner-circle Hall of Famers like Hank Greenberg and Stan Musial. This year has been a “down” year by his lofty standards, but he’s still been a top ten player by offensive WAR. While his batting average is down to only .245, the superstar outfielder sports a stellar .401 OBP and .485 SLG. That’s good for a 156 OPS+, which also puts him among the top bats ahead of heavy hitters like Manny Machado and Trea Turner. Simply put, he’s a game changer for a lineup.

Given how historical his talent is, just about every team in the league should want him. While it’ll cost, at minimum, four or five top players, teams get a guaranteed stud in return. It’s unlikely that any of the prospects traded for Soto will end up near his ability. Moreover, whoever acquires him will essentially be paying for the rights to extend him. That means topping the Nationals’ mammoth deal, but it’s arguably worth it for a player of his caliber. Spotrac has his value at $32.2 million per year under a 15-year deal like the Nationals proposed, which, again, sounds reasonable.

While every team should be checking in on Soto, there are only a handful of teams that realistically could land him.

Which Teams Could Land the Superstar?

Of the teams that have been connected to Soto, a few stand out. The St. Louis Cardinals are considered by some executives to be the frontrunners for a few reasons. Considering they have a handful of good young players and top prospects, they have enough to meet the Nationals’ demands. They also should, in theory, have the cap space to swing that massive deal. They’re among the two teams to exchange names with the Nationals with Nolan Gorman as one of the big pieces. The other team involved is the San Diego Padres. While we don’t know who could be involved, the Padres do have a loaded farm system with talent. Any trade would likely involve highly touted prospects Robert Hassel III, C.J. Abrams, and MacKenzie Gore among others.

These aren’t the only threats, of course. The Mets, Dodgers, Giants, Mariners, Rangers, and Rays all make sense to various degrees. Of those names, the Dodgers and Rangers have been pointed out due to the relative fits and the money at their disposal. The Dodgers also have a stocked farm system still along with young talent like Gavin Lux that could also be thrown in. At one point, the Yankees were in the mix, but with them trading for Andrew Benintendi, that seems unrealistic now. Other big market teams, like the Cubs and Red Sox theoretically have the resources, but are highly unlikely for multiple reasons.

Juan Soto Will Be a Game Changer Wherever He Goes

While the price will be exorbitant, there’s no doubt that every team could use Soto. There’s also a recent precedent for a deal like this working out well in favor of the acquiring team. Mookie Betts moving from the Red Sox to the Dodgers has been a boon for Los Angeles so far. Betts was very nearly the MVP in 2020 and could still be in the mix this year. Soto is even better, carried by almost unrivaled discipline that compliments his incredible bat.

These types of deals are worth shelling out prospects for. As previously stated, they can completely change the course of division changes. If the Cardinals make it happen, they take a firm stance as the powerhouse of the Central for the foreseeable future. If the Padres do it, they gain another superstar to fight the Dodgers on equal footing. For the Nationals, they could get core pieces for the future. The implications will be far-reaching and earth-shaking. 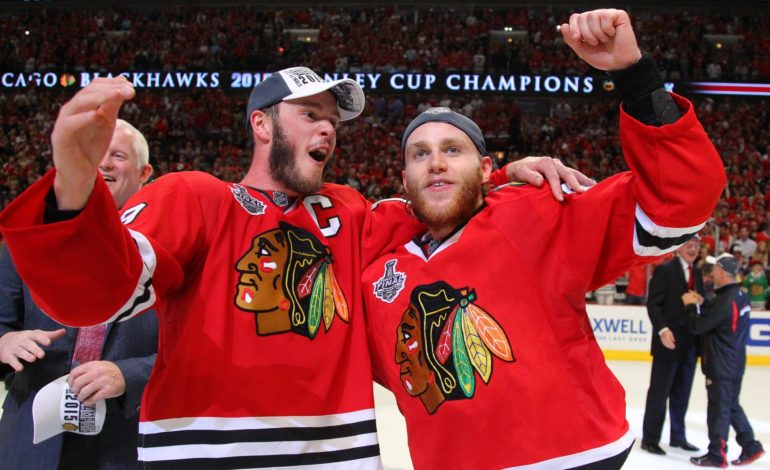 Do the Chicago Blackhawks Move On?