It looks like the Bill Belichick-Nick Saban is turning out to rubbing off on the Patriots roster. After taking Alabama quarterback Mac McCorkle Jones in the first round, they open up round two by trading up eight spots to select defensive lineman Christian Barmore. Though inconsistent, Barmore could turn out to be a dynamic pass-rusher for the Pats when on his game. After just losing Adam Butler to the Dolphins in free agency, Barmore looks to fill in that role immediately. You have to wonder what influence Saban had on Belichick with this pick. But with everything said and done, this is an excellent pick for the Patriots. Day one should bring immediate impact.

They sat for almost 60 picks before selecting edge rusher Ronnie Perkins out of Oklahoma. I was wondering how the hell Perkins fell this far. At pick 96 this is insane value. He’s a dynamic pass rusher who looks a lot like Shaq Barrett out of Tampa, even though my good friend Arnav Sharma of Patriots’ Sports Illustrated said out loud “he kinda looks like Von Miller” in a moment of bliss. He’ll be very good in New England. The Pats are getting a high motor, explosive pass rusher that’ll torment signal-callers for hopefully years to come.

What Will Day Three Bring?

On day three the Patriots currently hold five more picks: 120 (4th), 177 (5th), 188 (6th), 197 (6th), and 242 (7th). I would still love to see them attack safety, receiver, and linebacker before it’s all said and done. As great as this draft was, it did make me gag seeing Matt Patricia in the war room. I’m glad he has nothing to do with play-calling and this is probably about as involved as he’ll get this season. My favorite selection would be safety Jamar Johnson in the third round. A perfect rangy safety to replace Devin McCourty in the near future. Wide receivers Amon-Ra St. Brown and Cade Johnson would also be absolutely wonderful. Especially after the unfortunate retirement of Julian Edelman.

This is where Belichick excels in the draft. The later rounds and getting the most out of players a whole lot of people forgot about. If there’s any magic to be made, now is the time to break it out. Expect a whole lot of movement from the Pats recouping some of their losses in the Barmore trade. It’ll be fun for Patriots fans, and I’m excited to look into whatever rookies might come into Foxboro. We’re onto day three everybody! Let’s get McCorkle some help. 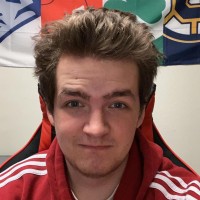