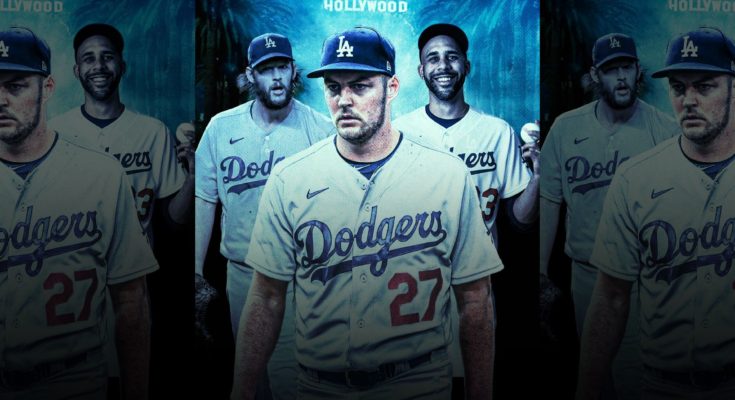 By Thursday, big-time baseball fans knew the Trevor Bauer sweepstakes had come down to two teams. Those two teams were the Los Angeles Dodgers and the New York Mets.

On Friday afternoon news began to percolate that Bauer had chosen the Dodgers. Bauer, perhaps the most social media-friendly player in the majors, produced a video on his YouTube channel announcing the move.

Bauer will receive $102 million over three years, with an opt-out after each of the first two years.

The Mets appeared to have a deal in place with Bauer earlier in the week but it fell through. It’s believed that he left a deal with a higher overall value on the table.

The chance to return home (he was born in North Hollywood) and compete for a World Series proved too much to overcome.

Although the contract will make Bauer a rich man, it won’t come without pain.

Trevor Bauer’s Friend Gets to Shoot Him in the Nuts With a Paintball Gun Now Because He Signed a Multi-Year Contracthttps://t.co/KIHwQO0dQd pic.twitter.com/lXBSRV0Tq2

While Bauer is obviously the biggest name to change teams, he’s not the only one. You may remember, at the trade deadline in 2018, the Tampa Rays traded Chris Archer to the Pittsburgh Pirates.

It’s known as one of the most lopsided trades in recent MLB history. The Rays received outfielder Austin Meadows, pitcher Tyler Glasnow and pitching prospect Shane Baz in exchange for Archer.

Chris Archer in agreement with Rays on a 1-year, $6.5M deal per @Ken_Rosenthal. pic.twitter.com/7VYYF31dSc

Archer returning to the place where he had his highest highs is adding insult to injury for the Pirates.

Cruz-ing Into His 40’s (and Perhaps Cooperstown)

One can’t help but wonder if this drastic power surge is a natural improvement or something more sinister.

Obviously MLB is more vigilant about policing PED’s and the like and hopefully that era of baseball is squarely in our rear-view mirror.

Also, Cruz is sitting on 417 career home runs. A few more seasons like he’s had recently would put him over 500. He’s a six-time All-Star who has finished in the Top 10 in MVP voting five times so he’s got some legit Hall of Fame credentials.

The Blue Jays looked to their past when addressing potential future rotation solutions. They signed left-handed pitcher Francisco Liriano to a one-year, minor-league deal. It includes an invitation to Spring Training. The 37-year-old had previously spent parts of the 2016 and 2017 seasons with Toronto.

I know it’s irrational of me to be upset by this move, but it’s just not enough right now. Theoretically, it’s the type of low-risk, high-reward move that should be commended but I’m not there yet.

Although he pitched well in his last season, 2019, he’s yet another lefty with his best days behind him. The Jays are still believed to be in on James Paxton and Jake Odorizzi.

There was some speculation that Toronto was interested in signing the veteran and nine-time All-Star, Yadier Molina. It now seems as though Yadier Molina will return to the St. Louis Cardinals.

We’ll “probably” be hearing more about a deal between Yadier Molina and the #STLCards this week 👀 https://t.co/rSahAMH0D6

Kolten Wong in agreement with Brewers on a 2-year, $18M deal, per @Ken_Rosenthal. pic.twitter.com/DsM1N7fwea

OFFICIAL: The #Angels have acquired OF Dexter Fowler and cash considerations from the St. Louis Cardinals.

While the Hot Stove season started off as blazing as the weather outside, it’s really heated up lately. The lack of moves early on has led to a recent flurry and it’s been fun to cover.

The Big Bear is staying in Atlanta.

Baseball is a much harder game to play when you don’t know what pitch is coming.

The Oakland Athletics and Texas Rangers made an interesting trade over the weekend.

I like this trade for both teams and I also really liked the Rangers’ next move of getting Mike Foltynewicz; great value.

The New York Mets have had a wonderful offseason despite missing out on Bauer. They’ve upgraded their catcher, shortstop, and bullpen and added a capable outfielder in Albert Almora Jr.

Projections have both the Dodgers and Padres winning at least 98 games next season. The Padres have had a great offseason, but until they beat the champs, they’re just the best second-place team in baseball. 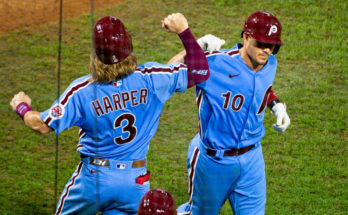 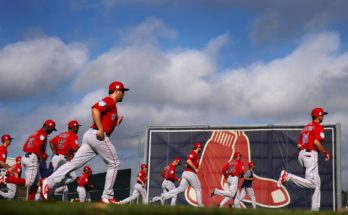 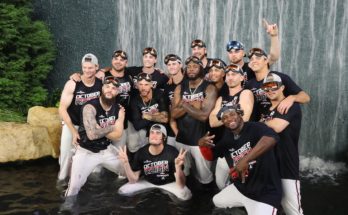 I'm a lifelong sports fan originally from Toronto, currently living in Hamilton. Baseball and hockey were my favourite sports when I was a kid but I gravitated towards basketball and football as I grew into my adolescent years. I love constantly tracking the stories that are never-ending and am not afraid to share a hot take.

View all posts by Graeme Wallace →