One year ago today, the Boston Red Sox were in the midst of a record breaking season in franchise history, winning 108 regular season games, en route to the franchise’s 9th World Series title and 4th in the last 15 seasons.

That happened in part due to the mastermind of Dave Dombrowksi, who was officially let go by Boston on Sunday Night after the team’s Sunday Night 10-5 losss against the New York Yankees, after going 76-67 in their first 143 games in 2019. The team’s spokesman Kevin Gregg made the announcement after Boston officially fell 17.5 games back in the American League East last night.

Despite the team’s success in 2018, the story has not been the same in 2019, with the team’s underwhelming performance most likely costing them a chance at defending their world championship in the postseason.

Dombrowski is largely responsible for the key additions of Chris Sale, whom he traded for back in 2016, the signing of J.D. Martinez, who was a key offensive juggernaut in the Sox championship season, brining in Alex Cora, who won 108 games in his first season as Manager and re-signing David Price, who tried out to be a huge contributor in the 2019 World Series against the Dodgers.

With Dombrowski being booted out of bean town, there are not that many teams lined up at the moment looking for a General Manager, however, many teams should consider taking a look at the former President of Baseball Operations, as Dave’s resume speaks for itself, with multiple World Series wins and three pennant wins with Miami (1997), Detroit (2006, 2012) and Boston (2018).

Spokesperson Kevin Gregg made the announcement, insisting that Boston does not plan on replacing Dombrowski at the moment, and will have the team’s Assistant General Managers take over for the final three weeks of the regular season.

Does Dombrowski fit into any other organizations plans? Let’s take a look at a few potential landing spots for the acclaimed baseball executive:

In 2019, the New York Mets have gone from pretenders, the contenders, back to pretenders to being in the conversation again, headlined by a break out season from rookie sensation Pete Alonso, who is on his way to breaking the Major League home-run record by a rookie.

In his first season as General Manager, Brodie Van Wagaden has proven to be fearless at times, going out and giving up some of the amazins’ top prospects for the likes of Edwin Diaz, who has not performed as expected, and Robinson Cano, who has battled injury multiple times in 2019.

With the addition of Dombrowski in New York’s front office, the Mets would have stability for what would feel like the very first time in their club’s front office, as Van Wagaden continues to grow as an inexperienced General manger behind Fred and Jeff Wilpon.

With Dombrowski’s experience, the former President of Baseball Operations could take on a similar role in Flushing, guiding Van Wagaden while also piecing together a legitimate contender for years to come in the National League East.

In three seasons with the team, General Manager Mike Hazen has given D-Backs fans seasons to remember, with a playoff berth in 2017 to go along with a very impressive 2018 team that contended with the Los Angeles Dodgers all the way into the final month of the season.

Despite the short success, Arizona has struggled mightily in 2019, currently sitting 17 games behind the Dodgers in the NL West, floating in the .500 range ever since the season took off.

This comes in a season in which Arizona dealt their clear ace, Zack Greinke, to the Houston Astros when the season looked to be all but done. Given their raw offensive power with David Peralta, Christian Walker and Ketel Marte, Dombrowski would have no issue coming in and adding a few pieces to complete a puzzle that is pretty close to being solved.

This fit seems to be exactly what the Washington Nationals need to complete their transformation into one of the National League’s more premiere teams, as the capitol’s team has had more regular season success over the years than in the postseason.

Bringing in Dave Dombrowski’s postseason experience to go alongside Mike Rizzo’s decision making can prove to be a vital asset to Washington’s future, as the likes of Max Scherzer, Patrick Corbin and Stephen Strasburg make their pitching rotation a tough one to beat.

Not to mention, the young offensive core that Washington possesses with Juan Soto, Anthony Rendon, Trea Turner and Victor Robles. Bryce Harper was a big loss lats offseason for the Nats, but with the addition of Dombrowski in the Nationals’ front office, Washington could complete their own puzzle by getting over the hump in the postseason with a different mentality. 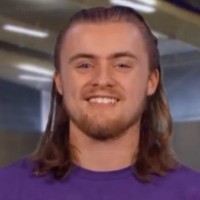