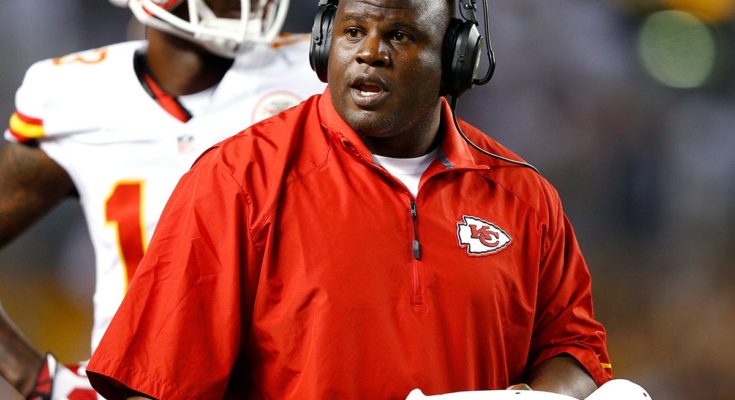 There were only three African American head coaches as the 2020 NFL season began. Now, there are only two left; Mike Tomlin of the Steelers and Brian Flores of the Dolphins. While both seem like they’ll be here for the long haul, the NFL has proven to be unpredictable. Just ask Doug Pederson (a white head coach) who was recently fired after winning a Super Bowl only three seasons ago.

The Rooney Rule was established in 2003 in reaction to the firings of Tony Dungy and Dennis Green. Both of which were successful head coaches who were unceremoniously dumped by their teams. The rule dictated that each NFL team must interview at least one minority candidate when looking to fill a head coaching vacancy. Since the rules institution, numerous black head coaches have gotten their shot, but what hasn’t changed is the margin of error they’re granted.

Steve Wilks was shockingly fired after one year by the Arizona Cardinals in 2018. The Detroit Lions parted ways with Jim Caldwell after four seasons and a winning record in 2018. Following the 2012 season, the Chicago Bears fired long time head coach Lovie Smith who was 18 games over .500. In a league where over 70-percent of the players are black, it’s shameful that the NFL could enter a season where only 10-percent of the head coaches are black.

As the 2020 postseason comes to a close, there is one coordinator who should surely receive a promotion, who most likely won’t.

As the 2020 regular season came to an end, there were seven head coaching vacancies. The Jaguars, Chargers, Lions, Jets, Texans, Falcons and Eagles. Six of the seven at this point have been filled. The only team remaining (the Texans) also happens to be the only team that hadn’t scheduled an interview with Bieniemy until their quarterback voiced his frustration about it. It won’t take Nostradamus to predict that Bieniemy will remain with the Chiefs for another season, but why he has yet to receive an offer remains a mystery.

You’d think that the Offensive Coordinator of a team that has been nearly perfect for three straight years would get an offer by now. Little did we know that the surrounding pieces would actually be used against Eric Bieniemy.

The favorite excuse for why Bieniemy isn’t a head coach is that he “doesn’t call the plays” for Patrick Mahomes. That would be Andy Reid, but even if he did, it’s Patrick Mahomes. Who couldn’t call plays and look great when you have the best quarterback in the NFL? While Bieniemy might not be the primary play caller of the Chiefs, others have gotten promotions for doing the same, or even less.

Matt Nagy: When Matt Nagy received his head coaching offer from the Bears, he wasn’t the main play-caller for the Chiefs. It was still Andy Reid. To Nagy’s credit, he did take over play calling duties in the second half of the season when the team struggled. Assumedly, that’s what the Bears were looking at. If that’s the case, then all it took was five games of real play calling to land Matt Nagy a promotion. Ironically, Matt Nagy gave up play-calling for the Bears just three years later.

Zac Taylor: Zac Taylor received his head coaching offer after one year of being the Quarterbacks coach of the Rams. There’s not much more to say. It was the best season of Jared Goff’s career, but how much credit can you give Taylor when Sean McVay is calling the plays? He didn’t own the title of Offensive Coordinator, nor did he have anything to do with play-calling, and yet he got a promotion.

Adam Gase: Gase received two head coaching jobs (basically) because he had great offenses during his time with Denver. Oh yeah, Peyton Manning was his quarterback by the way. How much credit can we really give to Gase when his quarterback is one of the greatest to touch a football?

Another OC who didn’t call plays gets a HC job. Let’s officially cross that off the list of excuses for why Eric Bieniemy doesn’t have a HC job yet. https://t.co/5rCHEINh1t

Why is Bieniemy being punished while others are promoted? What’s the real difference between Bieniemy and the four listed above? Other than being more successful.

Rodger Goodell has done everything in his power to help minority candidates gain traction in the NFL. At the end of the day, he works for the 32 owners. If the owners don’t feel like hiring minority candidates, no rule will force them to. After all, they’re all billionaires. The only way they’ll change, is with a change of heart.

As of right now, there are only four teams with minority head coaches. The Steelers, Dolphins, Jets, and the Washington Football Team. The Jets (specifically) made history this off-season by hiring the first Muslim head coach. Being the first team to do so, they should be commended for stepping outside the box. Clearly it’s much harder to do so than we would’ve thought.

As it stands for Bieniemy, he’ll have to wait a little while longer. On a personal note, let me say that as a person of color myself, I hope to see Mr. Bieniemy receive a fair and honest shot at being an NFL head coach. He is far more qualified than most of the hires this off-season, and is unfairly being overlooked. The excuses are weak and do not carry any weight. I hope that one of these NFL owners open their eyes and give Mr. Bieniemy the chance to live out his dream.

The downside to the single-parent household I was born into was that watching sports wasn't really a thing. In fact, I wasn't truly introduced to watching sports and sports media until my mid-teens. That's when I truly fell in love with it all. And it wasn't the X's and O's that won me over, it was the deep-rooted stories of the business, the athletes, and the ever so changing nature of sports that truly intrigued me. As a recent college graduate and Communications major, I hope to put my imprint on the sports media world.