Michigan State has been in the sports news for all the wrong reasons in the past year or so. For that reason, they’ve been a team that writers and journalists shy away from. After all, it’s not exactly a good look for someone to support a school with such taint on its name. Well, since nobody was covering Michigan State basketball all year, the Spartans have been able to dance quietly. Oh boy, has the dance ever shocked the world.

Let’s backtrack to the regular season. Michigan State basketball dropped their first game of the season to Kansas. Now, normally, this would be considered an okay loss, as Kansas has always reigned supreme in the Big 12. However, this year was a little different, and Texas Tech was able to walk away from the Big 12 season with the best record. That may have cast a shadow on this loss for Michigan State in the minds of some. Don’t forget, though, this happened before Kansas got derailed by injury. Also, it was the first game of the season. Let’s not kill ’em tooooo much for this one.

Three weeks later, Michigan State lost their second game of the season, this time at the hands of Louisville by just four points. Not a great loss, obviously, as Louisville was just a 7-seed out of the ACC this year, and bounced in the first round by a Big Ten team (shocker…). Also, this same Louisville team beat North Carolina by 21 points in January. UNC was able to win the next two meetings, but I’m willing to bet that MSU would do the same if they played the Cardinals more than once.

After the loss to Louisville, Michigan State went on to win their next 13 games before they ran into the rough patch that eventually denied them a 1-seed. The Spartans took an L in their next three games, all to Big Ten teams, by a combined 19 points. They fell to Purdue, Indiana, and Illinois in that order, and after 5 more wins, dropped to Indiana AGAIN. The second loss to Indiana was by just a single point, but it didn’t matter. The damage was done. Two loses to a team that wasn’t going to qualify for the tournament was enough for the committee to throw Sparty to the wolves.

Screwed By the System

The NCAA Selection Committee did an awful job this year, but what’s new? The 1 seeds consisted of Virginia (well-deserved, but always a question mark), Duke (well-deserved), Gonzaga (never deserved), and UNC (whaaaaaat the f**k are you smoking?). If you were keeping track, Michigan State lost all four of their conference games by a total of 20 points. North Carolina dropped ONE of its three conference losses by 21 points. EL. OH. EL. However, North Carolina was able to beat a Zion-less Duke team twice and thus, the committee was licking their chops at having three ACC teams atop the standings.

To put the icing on the cake, Michigan State was slapped in Duke’s bracket. The committee put one of their 30 available excuses on it and claimed that’s where the Spartans fell due to geography. Super convenient, huh? According to NCAA.com, Duke was selected as the champion in just over 39% of brackets. They may not have been the #1 overall seed, but the consensus is pretty much there. So, in summary, a should-have-been 1-seed is now a 2-seed, and the 1-seed in their path is the overwhelming favorite this year. You never want to play the victim card, but it could be argued Michigan State was shafted by their own reputation as an organization, rather than a basketball team.

BUT! This is March. Izzo knows the month all too well, and Michigan State was not going to go quietly. Not after being slept on all season. Maybe the best part of the Final Four run for the Spartans, was that the immaturity (if not that, then the sheer inability to perform) by the committee absolutely backfired. What they ended up getting was the best tournament game happening in the Elite Eight. Believe me, if you didn’t see it, it lived up to the hype. Both teams put up runs and it was ultimately settled by the most overrated player at the college level missing a clutch free throw. Now, the basketball world will never have seen Zion Williamson compete in the Final Four. Shame.

So, yes. Did Michigan State’s win shock the world? Of course it did. But only because the mass media shied away from covering the team and the committee refused to show them any respect. They were always a good team. They always had a good coach. Michigan State was the best team in the best conference for the entire season. And now, they’re looking to show the world that, despite the unwarranted disrespect, they’re the best team in the entire nation. Just remember, they never made themselves a dark horse, it was done by us. 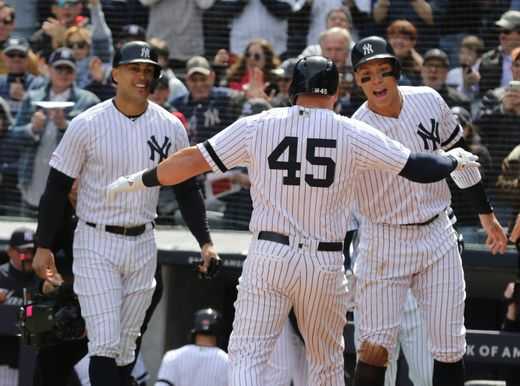