I’ll tell you what I could’ve done without on this Monday night. Seeing a picture of Alex Smith busted up leg after he suffered a compound fracture back in 2018. But, the quarantine Gods are not on anyone’s side, and they decided to make sure that everyone who sees this appendage gets grossed out to death.

I don’t want to say that somebody fucked up in dealing with Smith’s injury because I don’t know anything about how to deal with compound leg fractures, but I have to believe somebody, royally, fucked this up. I mean kids fall out of trees all the time and destroy their legs and you never hear or see it ever get like this. Alex Smith is an NFL player with the best medical people in the world around him. Baffles me how a living person’s body part can get like this. Kudos to Alex Smith for surviving.

With this image of Smith’s leg coming out, I feel it’s only fitting to determine what it looks like. Here’s what I got so far.

I promise you that I’m not going with an alien virus because the Pentagon, in an attempt to distract the public form COVID-19 stuff, released three videos of “alien spacecraft” filmed by the Air Force. I’m saying this because you can make the case that Alex Smith’s leg looks like an alien virus that has been in the body for a few hours. From the looks of it, this virus isn’t too long from taking over Alex’s body and using it as a host for gestation purposes.

I haven’t had french bread pizza since elementary school. It was a really underrated form of pizza. I’m actually surprised that french bread pizza hasn’t taken off a bit more. There’s New York, Chicago, Detroit, Old Forge (that’s my area), and a few others. Perhaps it’s that America has this thing about not liking french things that aren’t ménage à trois. But yeah, if you were to take a french bread pizza, burn it, leave it out for a bit and then microwave it, you’d get something like this.

I’d say that this zombie bite would be around a day and a half after getting bitten. It is the kind of situation where Alex got bit and tried hiding it for a while. Then, when he and his team were resting somebody would notice that he’s all sweaty and see his leg weirdly covered up. Alex would say it’s nothing but the guy would lift the tarp off his leg and see this and look at Alex’s petrified face. Alex would then know he doesn’t have long until he turns and tries to bite his allies and then decided to make the painful decision to take his own life. A more selfless act, I can’t think of.

There’s certainly more things out there that Alex Smith’s messed up leg looks like. Let me know if you got any solid additions.

Follow me on Twitter @2ndSatSports and check out other great articles by the Belly Up Sports team. 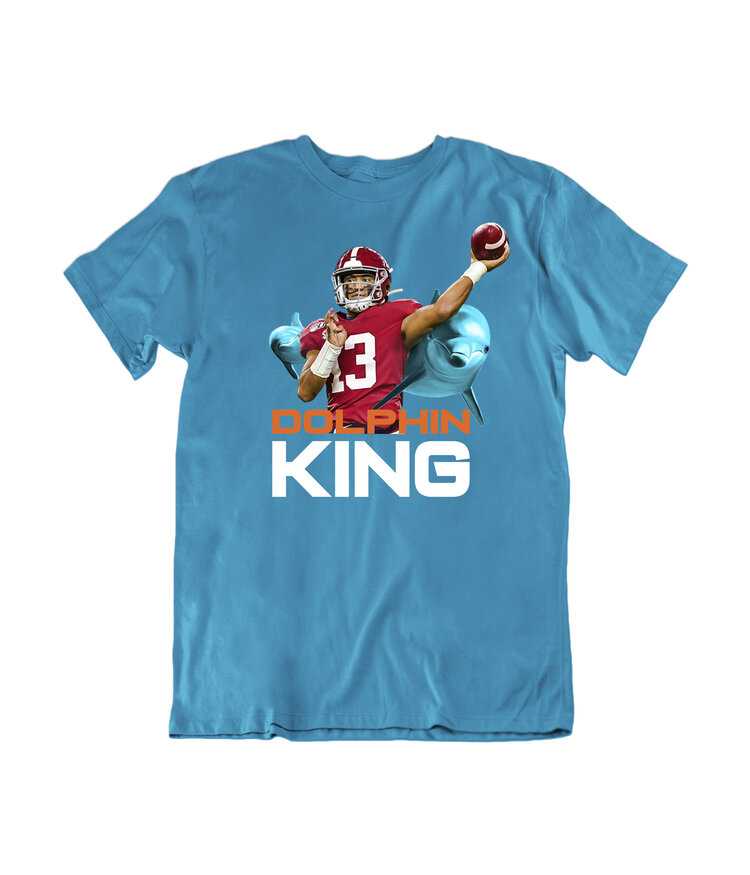 The Tua Dolphin King Shirt is the Shirt of the Summer

I Hate Talking About Messi and Ronaldo