The Five: NASCAR Is Back!

Phew! Now that we finally have a moment to take a breather from after nearly 2 weeks straight of racing, all I have to say is NASCAR Is Back, and stealing the sports spotlight! Lots to talk about here, so let’s dive in to the five things you need to know.

The initial race in the NASCAR Is Back movement was at the Darlington Raceway on FOX TV, The Real Heroes 400 which was won by Kevin Harvick had over 6 million viewers, and #NASCARIsBack was the top trending hashtag on Twitter. The viewership increase was a whopping 38 percent over the previous race on March 8th at Phoenix Raceway. The higher ratings definitely were a shot in the arm for the sport which previously was floundering, expect the momentum to continue through the Spring and Summer as other sports try to figure their way out of this pandemic shutdown. Five of Five could potentially be the most important of the five things.

4.Keselowski From Out of Nowhere!

After winning at Charlotte Motor Speedway over Memorial Day weekend. Brad Keselowski found himself once again in the winner’s circle on Sunday at the Food City 500.
Keselowski capitalized on a collision late between the two leaders, Chase Elliott and Joey Logano with two laps to go. Brad seized the lead and ultimately came out victorious, beating out Clint Bowyer who finished second.

Keselowski is the first driver this season who won the race from the pole. With the win, Keselowski now joins Logano and Denny Hamlin as the only drivers in the Cup Series with two wins this year. Keselowski is also now in second in the standings, behind Logano.

While reflecting on the win, Keselowski had an interesting analogy for it. “I felt like I was in Las Vegas. I went from having a bad hand to a full house real quick,” he said. “We were in position and able to strike when it counted. ” Next on the journey for the Cup Series is the Folds Of Honor QuikTrip 500 on June 7 at Atlanta Motor Speedway. Where Keselowski not only is the defending winner of the race but will look to make it three wins in his last four races.

3. Weeknight Racing is The New Thing.

After races at Darlington Raceway, and Charlotte Motor Speedway in consecutive weeks plus one coming early in June at Martinsville Speedway, weeknight racing seems like it is here to stay. Not only is it feasible for the teams because of a smaller driving distance, but it increases ratings on television. On average, 1 to 2 million viewers have been tuning in, which leads me to think that the 2021 schedule will be widely anticipated. These races have served as quite the audition, not just for Cup, but for Xfinity and Trucks as well.

2. Rivalry and Bounty? You got it.

What started as a playful bounty to see who could unseat Kyle Busch in the Gander Outdoors Truck Series. As singlehandedly evolved into quite a rivalry, a very respectful rivalry. We would be fooled as we went from the bounty to the bird seen around the world, and souvenir sales going thru the roof to being BFF’s, and then Chase winning the $100,000 bonus to donate for COVID19 relief, and yes! Not just that, Dawsonville got to hear the famous si-reen not once but TWICE in a mere week. What capped this off was the emulating of the Kyle Busch victory bow. I will be keeping my eyes on this duo for the rest of the season. As the way things look right now, this could be who decides the 2020 Championship.

Next up, the NASCAR Cup Series travels to the Atlanta Motor Speedway for the Folds of Honor Quiktrip 500. After that, it’s off to Martinsville Speedway for a Wednesday night race (Blu Emu 500) on Jun 10th. Then it’s off to Homestead Miami for the Dixie Vodka 400, and to cap it off on Father’s Day, the Geico 500 at Talladega. All races will be on FOX Sports, all with no spectators however with the next batch of races, we could learn just how soon fans could be allowed back.

Make sure you follow Belly Up Racing on Twitter, and myself. I love a good NASCAR conversation so feel free to hit me up anytime!

The Best #CFBPickemPod Games of 2020 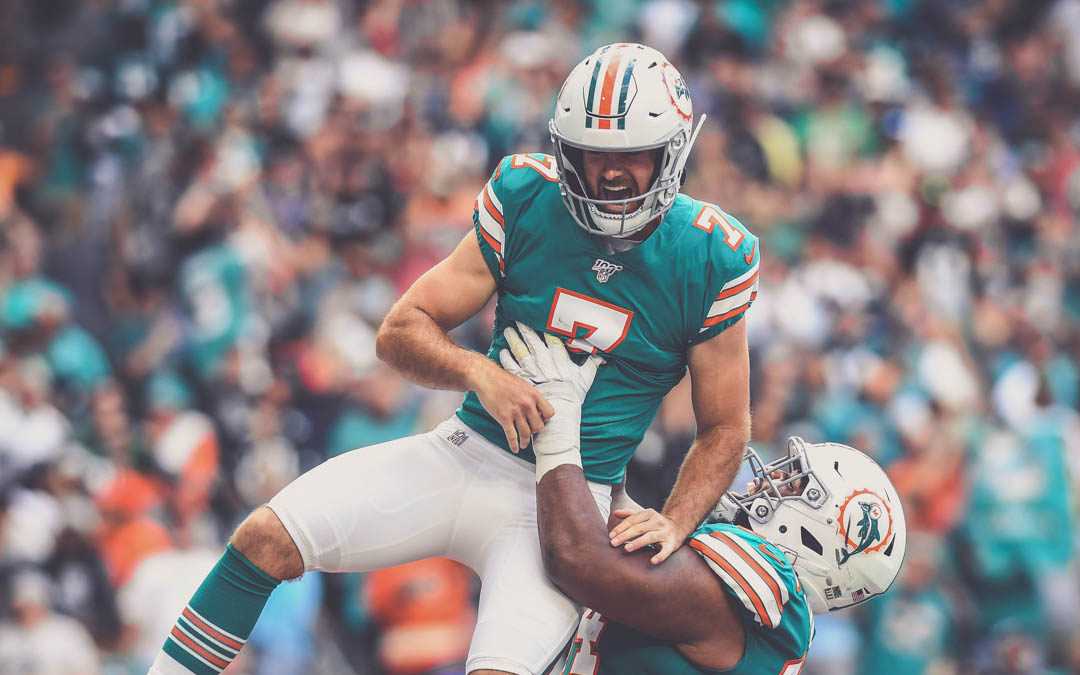 Could the Miami Dolphins Be Outside Contenders for the Playoffs This Season?