Listen, one of the most beautiful things about basketball culture is each city is different. You get the vibe as you’re watching the game: local fans in each city watch for different things, cheer on different highlights, and enjoy different aspects of the game. In Madison Square Garden in New York, fans appreciate the big volume scoring performance. They get amped to see guys go for 50, even if it’s against their Knicks. In San Antonio, every dive for a loose ball gets a roar from the crowd. The Staples Center erupts for a thunderous dunk, and the gasp in the Bay Area is audible whenever Steph Curry pulls up from the logo. Similarly, each franchise ties to their city’s culture with their uniforms and jersey.

Nike has made city culture a priority. In their “City Edition” uniforms, Nike has continued to try and tie a new alternate uniform each year to the cities that the teams represent. You see it in Miami’s Vice City, which breaks from the red and black to a bright, neon color scheme. You see it in Brooklyn paying homage to Biggie Smalls’ Coogie sweater pattern. And now, we see it in the words on the jersey’s chest.

Oakland is and will always be a part of our team’s identity.

“Oakland Forever,” presented by @Rakuten, is a nod to the We Believe era and its turning point in Oakland’s basketball history.

To honor the Town, we partnered with Nike to put a spin on these classic uniforms. pic.twitter.com/d7nUAJLbzM

Yes, Nike has decided that the Golden State Warriors, who famously moved from the Roaracle in Oakland to the Chase Center in San Francisco in the 2019 offseason. While the Warriors had begun the process many years earlier, that they left Oakland for a new stadium after playing in five straight NBA Finals was not lost on anyone. Like much of Oakland, something cool, hip, and good was engulfed by the tech industry next door. Cheap rafter seats that smelled like marijuana were replaced with box suites that don’t even have a view of the floor. Gentrification at its finest.

Now the Warriors want to have “Oakland” across their chest as a way to pay homage to their roots. Y’know, like from the tree on “The Town” jersey they had recently? Those roots.

The new jersey intentionally uses the colorways of the “We Believe” Warriors, celebrating the time when Golden State was considered an underdog. Nike has decided Oakland, a city of underdogs, can ditch the yellow and royal (and grey, and black, and short sleeves, and…) that were donned by the Vegas favorites from 2015 until 2019. The new unis are schematic throwback to Baron Davis and the boys.

It’s nice that the Warriors kept the “Golden State” locator instead of opting for a “San Francisco” geotag, but the fact remains: the Warriors left Oakland, and have made it hard for the average Oaklander to get to games. The new stadium is pricey, and it’s not going to pay for itself. But rest assured, Oakland! If you live in Oakland, the Dubs will remember you fondly while you maybe get to watch non-blacked out games from your home more than an hour away by public transit because they took the famous “We Believe” Warriors color scheme and wrote Oakland on the shirts. That’s good enough, right?

What’s crazier about the NBA is that Oakland wouldn’t be the only city Nike could do this to. Here’s a few more cities that could feel a similar rage:

But the idea of a lighter hue of blue, a more orangey-red trim, and the old triangle filled logo traipsing up and down Staples Center feels like one big slap in the face. San Diego already deals with middle sibling syndrome in California. It doesn’t have the big tech money in the Bay Area. They don’t have a bunch of movie stars like Hollywood. They have some surfers, a couple of mid-major Division I universities, and the Padres. They’ve had NBA teams. They’ve had NFL teams. But now? Now they’ve got the brown and gold Friars. Nike reminding them of how lonely things were down I-5 seems cruel, but would it be shocking at this point?

Yes, they wore this throwback in the mid-2000’s when that was a stylisting thing. They wore light blue and yellow with Kobe Bryant and the MPLS was a very cool look. Further, when tied in with striped headbands and baggy shorts, it perfectly sums up the style of the aughts for hoops historians.

But think about what this is saying. “Hey, Minneapolis. You know that franchise you have with one trip past the first round of the playoffs in 31 seasons? You could’ve had this.”

The Lakers moved to LA in 1960 and never looked back. The franchise built by Mikan would go on to feature some of the best to ever play the game. That the Lakers wear jerseys celebrating their forgotten home is almost like claiming all 17 Championships belong to Los Angeles, even though five were won by the City of Lakes (“oh, THAT’S why they’re the Lakers…”).

On this list, this may be the most painful reference of the bunch. While it doesn’t have the tinge of gentrification that the Warriors Oakland jersey, it has all the pain of a city losing their team. After Hurricane Katrina led to the New Orleans Hornets playing a season in Oklahoma City, the league saw there was an untapped market in the 405. The Seattle SuperSonics were losing money and used the opportunity.

But Howard Shulz selling the team to Oklahoma City hit fans in the chest. Schulz bought the team in 2001, just six years after Seattle had built a new arena. Five years into his ownership, he asked the city for a $220 Million expansion to that arena… even though they hadn’t finished paying bills from it’s creation. They said no, Schulz and Seattle fought for a few years, and boom: the winter of 2008-09 the green and gold had become blue and yellow. The Sonics were no more.

But that’s not even the most painful part. In the franchise’s last off-season in Seattle, the Sonics drafted a skinny kid out of the University of Texas named Kevin Durant. The summer they left? A tweener guard from UCLA named Russell Westbrook. And after their first full year in OKC? A goofy kid with a beard named James Harden.

As soon as the team left the Emerald City, they had three future MVPs on their roster. The Oklahoma City Thunder were in the NBA Finals in the 2011-2012 season, just 16 years after they had built the Sonics a stadium, 11 years after Shulz purchased the team, and four years after they had left for greener pastures, and ditched the green jersey. 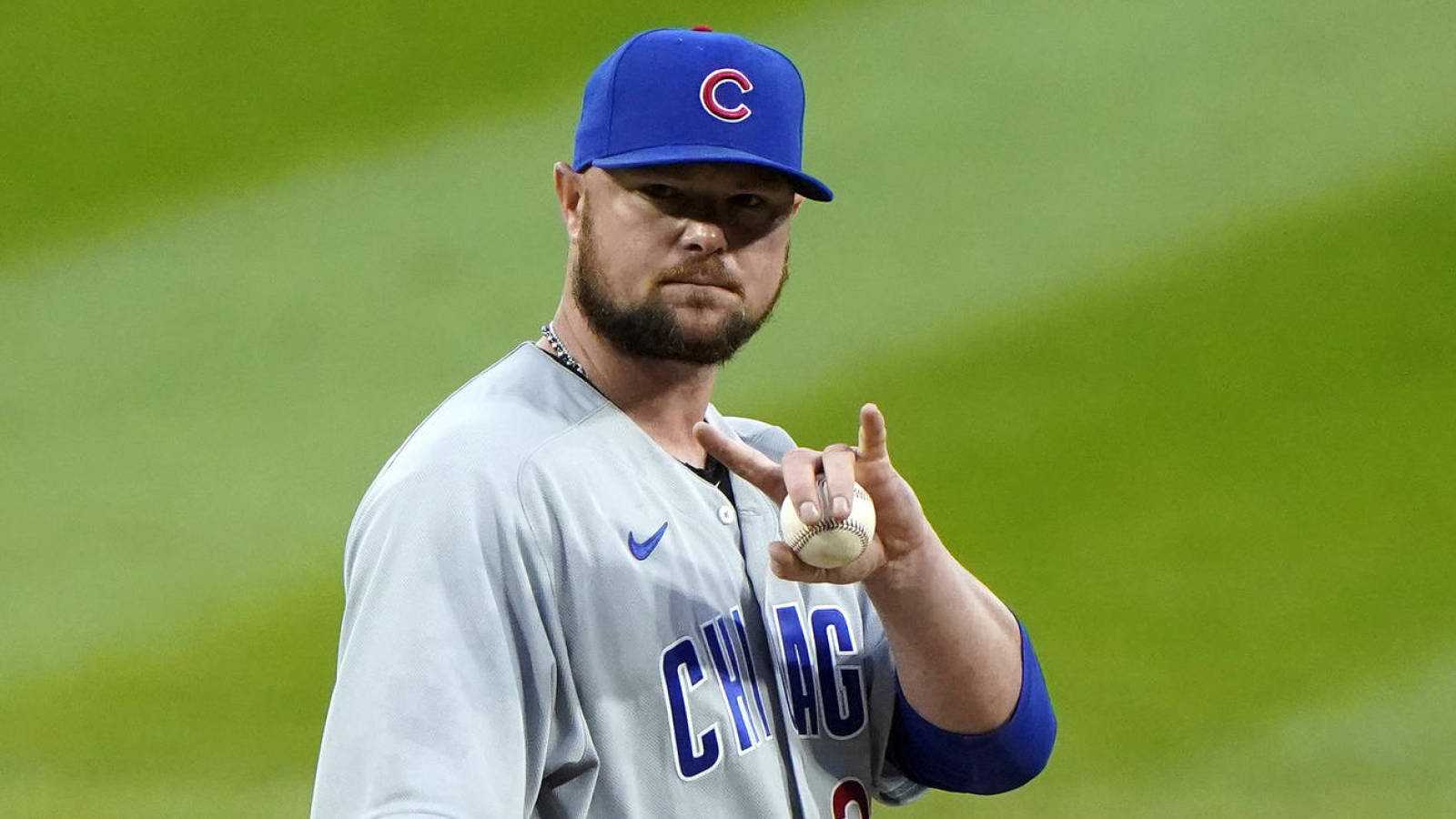 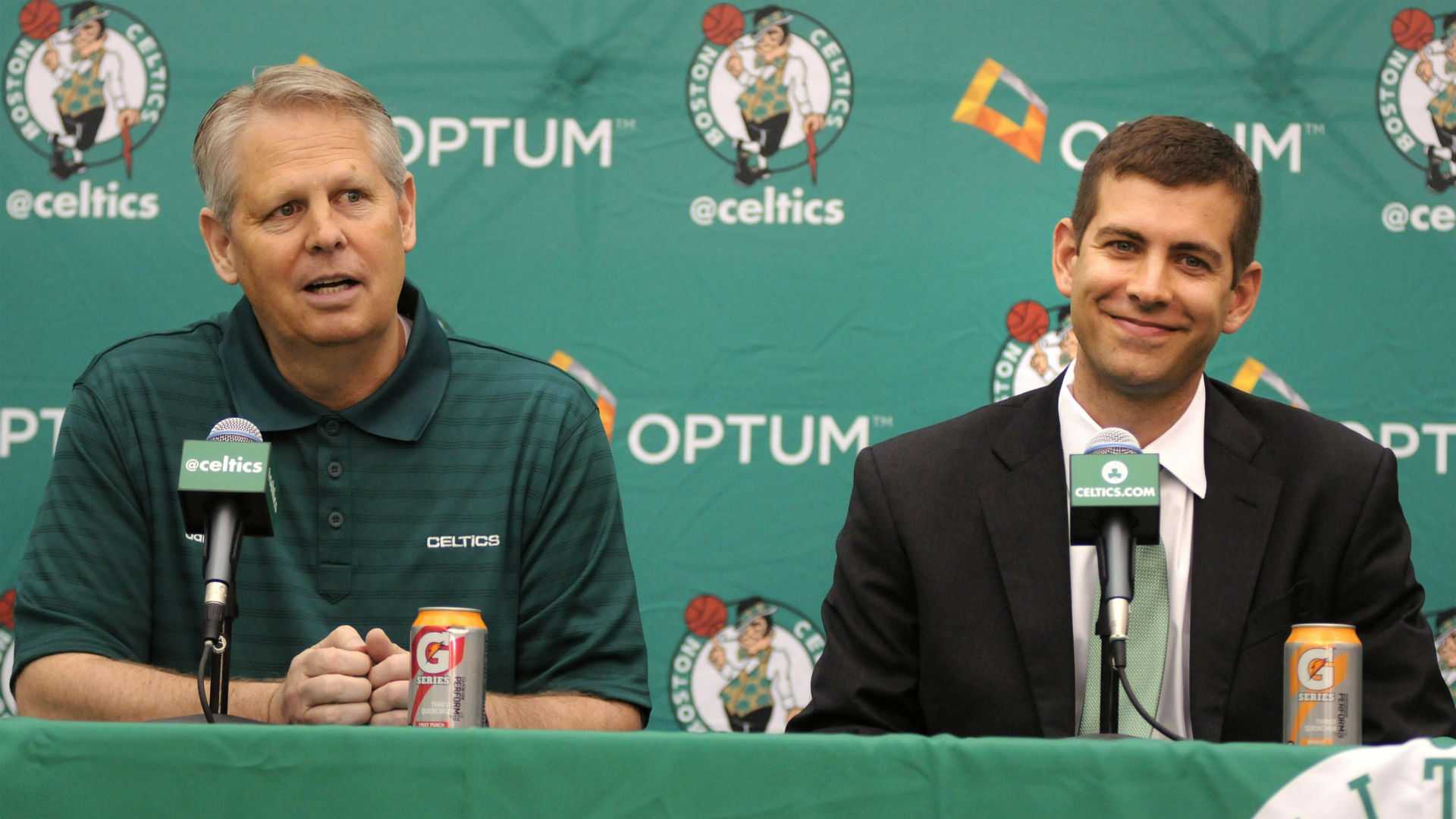 The Celtics are Trying to Trade up in Draft