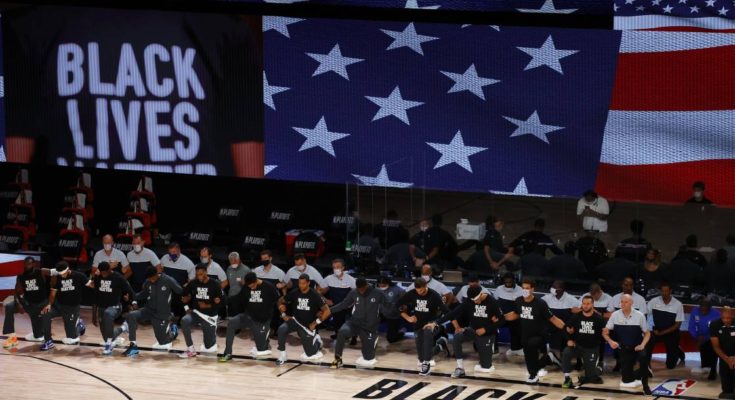 Last week, amidst many fans switching gears to the NBA post-Super Bowl, news broke about Mark Cuban and the Dallas Mavericks. No, it wasn’t Luka Doncic’s latest scoring streak. It wasn’t some Shark Tank venture, either. Mark Cuban’s Mavericks had been intentionally not playing the National Anthem before home games, but never announced anything formally. Dallas did not play the National Anthem for the first 13 pre- and regular-season games this year. However, it wasn’t until last week that anyone noticed.

After this caught the attention of the news, NBA commissioner Adam Silver reportedly issued a statement to owners, requiring them to play the Anthem before games. Silver, famously, has not enforced rules during the Anthem but wants it played. Players have kneeled in the past, and Silver publicly stated he wouldn’t punish players for not standing even though the NBA rules demanded it.

This was a clear break from league norms by Silver. In 1996, the league suspended Mahmoud Abdul-Rauf for refusing to stand, and he lost $31,000 for each game he missed. That off-season Abdul-Rauf was traded from Denver to Sacramento, where he played another full season. Afterward, he played sparingly in two of the next four NBA seasons while also playing in Turkey. Abdul-Rauf was averaging 19.2 points, 6.8 assists, and 2.4 rebounds per game before he was traded to Sacramento. That makes it hard to believe he was that close to the end of his NBA career… but the 1993 Most Improved Player’s suspension seemed to be the writing on the wall. Now? The entire NBA knelt during the National Anthem in the Orlando Bubble restart and playoffs.

So, why do we play the National Anthem before pro sports anyways? The NFL, MLB, NHL, and NBA all play the “Star Spangled Banner” and each make a patriotic display of it. Why? For wisdom in times like these, we look to national hero Jim Halpert from NBC’s The Office:

In that episode, Halpert tells his boss, Michael Scott, he’s won a gold medal in “condo buying” (the entire episode is full of silly office Olympic games). When Scott receives his medal and wonders why the National Anthem is playing, Halpert retorts with “because… your condo is in America.”

That’s, honestly, the only non-business reason for pro sports to play the anthem. The leagues have financial deals with the military and “support the troops” initiatives. That plays out in a pregame sing along, but why does it feel normal? Because these leagues are in America, like Michael Scott’s condo.

Cuban’s move to take away the National Anthem gained notoriety for being progressive and forward thinking. The song was causing controversy, so he removed it until he was forced to bring it back. What better way to build good karma as the franchise is still building back its reputation after a sexual harassment scandal.

In the last five years, protesting the National Anthem has gained traction. As most notably with Colin Kaepernick, athletes have used the National Anthem as a moment to protest inequality, racial injustice, discrimination, and other social issues. Amidst fans berating them, athletes have now used the two-minutes before the game to reflect on the country being sung about.

Again, Adam Silver was not going to punish players for using the National Anthem as a time for justice. Unlike his predecessor, he was never going to suspend a player to the point of watching their career end. So what does removing the anthem do besides taking away a moment to protest from players? If this was about solidarity with players about the National Anthem, as Cuban insinuated, why did it last until now?

Players across sports have publicly expressed their displeasure with the National Anthem for half a decade at this point. Taking away the Anthem just months after the NBA decided to not punish players for protesting during it seems too little too late at best. At worst it seems like a way to duck the issue by taking away the moment of protest.  We broke what it means for all sports on the latest “F” In Sports episode… but the NBA’s case seems particularly perplexing.