Trevor Story Could Be the Steal of the MLB Offseason

When MLB inevitably ends its lockout, there will be plenty of big free agents scrambling to find teams. The big prize, Carlos Correa, is still up for teams that are willing to dole out the years and cash required. There is only Correa though and plenty of teams are hungry to improve. Behind him is Trevor Story, a shortstop that teams seem somewhat worried about, who has the potential to be the steal of the offseason.

Story lacks the ceiling of Correa. He won’t provide the same consistent offense nor platinum glove defense that makes Correa so desired. Moreover, he’s coming off an uninspiring season. His offense in 2021 was only barely above league average and his defense took a major step back. Outs Above Average hated him, placing him in the bottom four percent of all players. He’s a couple of years older than Correa and oh yeah, he played in Coors Field with significantly worse splits outside of his home ballpark. All of this is to say that concern surrounding Story is not unfounded.

And yet, some of that is misleading. Despite the concerns, Story earned 4.2 bWAR last year and has a career of success to this point. There’s even research suggesting the oft-cited “Coors effect” isn’t as prevalent as it seems. He’s arguably the worst of the free-agent middle infielders this year, but there are plenty of reasons to go after him.

Making the Case for Trevor Story

Since his debut back in 2016, Story has proven himself as one of baseball’s best offensive shortstops with an OPS+ of 120 or better in four separate seasons. Even in his down 2021 season, Story overcame a slow start to post a more typical .842 OPS in the second half. Moreover, he’s been a solid defender for most of his career. While Statcast’s OAA loathed his defensive abilities in 2021, he still posted 9 defensive runs saved. For his career, Story has an impressive UZR of 15.4.

Regarding Coors effect concerns, it’s less of a problem than most outlets will make it out to be. The Athletic (Subscription Required) published an excellent piece on why Rockies hitters struggle outside of their home ballpark. While the environment in Colorado certainly helps players, the real issue is how pitches look at higher altitudes. For years, the Rockies have played a different game altogether, routinely seeing pitches with different movement than those at sea level. There’s good reason to believe then that Story will be able to adjust given time in another ballpark.

Most enticing of all is the price tag. Between age, injuries, and concerns about his play, his price tag will fall much lower than Correa’s. A good estimate would be around the range of Javier Baez and Marcus Semien‘s deals: $140 to $175 million. Story might also consider a one-year deal to rebuild value. It’s that far lower cost that make him a potential steal for a team willing to gamble a little.

Which Teams Should Give the Former Rocky a Shot?

It’s honestly easier to find a team that could use Story than a team that couldn’t, but a few landing spots stand out. As it stands, the Phillies make sense due to the decline of Didi Gregorius. Last year, Sir Didi had one of his worst seasons yet, with a brutal 71 OPS+ with -10 DRS. Despite Story’s down defense in 2021, his 3.6 UZR easily trumps Gregorius’ paltry -2.6. Philadelphia would add another middle-of-the-order bat in Story, along with a reinforced defensive middle infield.

The Mariners were among the teams making overtures to Story pre-lockout, but the fit’s a bit harder to see. With J. P. Crawford, the incumbent at shortstop, the M’s seem to be banking on a position change. The same can be said for the Boston Red Sox who also have interest despite having All-Star shortstop Xander Bogaerts. The Yankees, of course, are always going to be in the mix especially with Brian Cashman flat out stating the team’s desire to improve at shortstop. There are also some fringe teams like the Cubs and Nationals that have money to throw around to jumpstart their rebuilds.

For my money though, the ideal fit is the Houston Astros. Losing Correa in free agency is a massive blow and the Astros don’t seem willing to meet his massive price tag. Story, on the other hand, falls right into that sweet spot in terms of where they want to spend and how long they want to spend. A five or six-year deal in the $130 to 160 million range would probably get the job done. 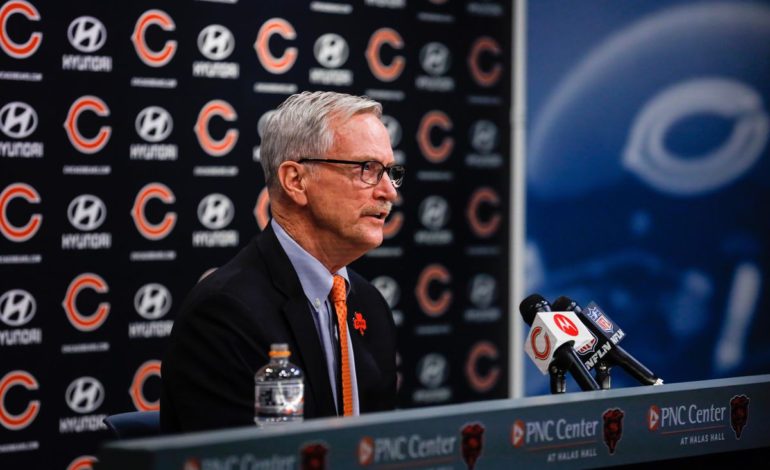 The Current State of the Chicago Bears