The Current State of the Chicago Bears

The clown show is finally over in Chicago! The Chicago Bears did some work on Monday, hopefully setting up a brighter future.

A crazy Black Monday around the NFL with many head coaches and general managers being fired. Things were no different in Chicago. The Chicago Bears started off with firing Matt Nagy, a move every one with a brain was expecting.

A wonderful way to start Monday morning. That was not enough though. In order to fully blow this thing up and start a true rebuild, Ryan Pace also had to go. There was speculation throughout the week that Ryan Pace was going to stay. There were Chicago sources fighting each other online trying to say whether he was staying or going.

There’s a growing buzz around the NFL that Ryan Pace will remain with the Chicago Bears and is even promoted to a president role overseeing football operations.

(Via Brad Biggs of the Chicago Tribune)

I don’t always agree with @dabearsblog on things related to the #Bears but once again, Jeff nailed news nobody else had. He was the ONLY one saying Pace AND Nagy were gone last week. Credit where credit is due.

As he noted, keep an eye on Jeff Ireland, Brian Gaine & Ed Dodds.

Get over yourself. Lotta more trustworthy reporters saying this decision wasn’t made until the last minute

Truly a disaster. Nobody is ‘trustworthy’ in the big Chicago media. Reports all season said that Matt Nagy was going to be fired before the season ended, not true. Almost all the “big guns” in Chicago had Ryan Pace not only coming back, but also being promoted?!?!? Not true. This Jeff Hughes guy nailed it. He was really the only guy saying that Pace was going with Nagy. That was the only way this situation made sense. I don’t know for sure how things went down behind the scenes, but I think DaBearsBlog had it right.

A Look Back at the Nagy Era

I’m not going to sit here and say all the times were bad. Hell, Matt Nagy won Coach of the Year in 2018. Coming from KC, Matt Nagy was tabbed as an ‘offensive guru.’ Flashes of offensive creativity in 2018, gave hope for the years to follow. Unfortunately, nothing ever blossomed. I truly believe the infamous ‘double doink’ broke him in the Wildcard game.

Bears fans look away, it’s the three year anniversary of the double doink. 😳

The camera shot of him standing there so confused and defeated. That is the exact moment his brain broke. In 2019, the offense took a gigantic step backward falling from 8th to 29th in the league in scoring. It was all downhill from there. A miracle playoff appearance in 2020 and that was all she wrote. No playoff wins for Nagy or Pace.

Trubisky over Mahomes and Watson will forever go down as one of the worst draft picks. However, Ryan Pace was not THAT bad in the draft overall. He found some talent in the late rounds including guys like Darnell Mooney, Tarik Cohen, Khalil Herbert. Of course he made the move to get Justin Fields, who is the future. Pace brought Khalil Mack to Chicago. However, behind all of these are some miserable contracts. Ryan Pace is responsible for more than half of Mike Glennon’s career earnings. MORE THAN HALF!!! Andy Dalton got 10 million (!!!) from Ryan Pace. To go along with a record of 48-65 0 playoff wins in 7 years. Ryan Pace will not be missed.

What’s Next for the Chicago Bears?

Every time George McCaskey, chairperson of the Chicago Bears, has a press conference it is somewhat of a train wreck. The one Monday afternoon was no different. The Bears organization is essentially a family business. The McCaskeys own it, but also run it. This is important information for this embarrassing press conference.

The press conference starts out with George telling us that he is bringing in 80 YEAR OLD BILL POLIAN?! Bill will help with the GM and head coaching search. Why, God why? Let’s take a look at some of Bill’s recent thoughts.

Bill Polian is having a rough night.

“Lamar Jackson needs to move to wide receiver in order to play in the NFL.” pic.twitter.com/IWOcS1lZQP

Now, I know he at one point won a Superbowl. I don’t care. He is too old and this is a responsibility that lies with someone in the organization. Namely George!! Perhaps, the most embarrassing section of this press conference was George calling himself simply a fan of football.

YOUR JOB IS TO BE A FOOTBALL EVALUATOR. My goodness, it is like living in purgatory with this guy. The fun did not stop there. Since, the Bears are a family organization, the board is the McCaskeys and the owner is literally his mother.

A great question and a silly answer. Essentially saying, “Yes my family still likes me, even though I have sucked as the Chairman of the Chicago Bears.”

As bad as the press conference was, it is important to ignore McCaskey as much as possible. I am not making any judgements on this process…yet. I do not necessarily agree with him, but what can you do.

The list of GMs that the Bears put together to interview has been surprisingly good. They have gone to some well run franchises like the Colts and 49ers and interviewed there. Also, the Browns front office is getting interviews, which I think is fair given the recent turnaround of the Browns. Not too long ago Cleveland was a 1 -2 win roster, but as of the last couple years the roster has been playoff worthy.

Although, the Chicago Bears do not have a GM, they are simultaneously searching for a head coach. I think it would be a mistake to hire a coach before a GM, but when has that ever stopped McCaskey. My personal favorite is Jim Harbaugh. Harbaugh has proven everywhere he goes that he will win. 44 -19 at San Francisco, with a Super Bowl appearance. A former Chicago Bear, I think he would understand the hard nosed mentality of the city. He would understand what it would mean to beat Green Bay all the time. If it is not Harbaugh, there are still some good options. Brian Flores is available, but I am not as high on him as everyone else. Nathaniel Hackett, current Packers OC, is scheduled for an interview. I would also like them to at least interview Mike McDaniel, 49ers OC.

So, What is the Current State of the Chicago Bears?

George McCaskey is still captaining this ship. As long as that is the case, I’m not sure we will escape this purgatory that we are currently in. Major changes need to be made at the very top to see real change. Until then, I expect more of the same. It will be an interesting and busy offseason for the Bears. I’m just hoping for good decisions by the people at the top. Good decisions this offseason are whatever we can do to help Justin Fields. He’s the guy and everything needs to be built around him. You don’t give up that many draft picks to not do so. The new GM needs to understand that. Overall, I think there is optimism for a young Bears team with young stars.

For more Chicago Bears news, be sure to follow me on Twitter! For the best sports coverage and writing make sure to check out Belly Up Sports! 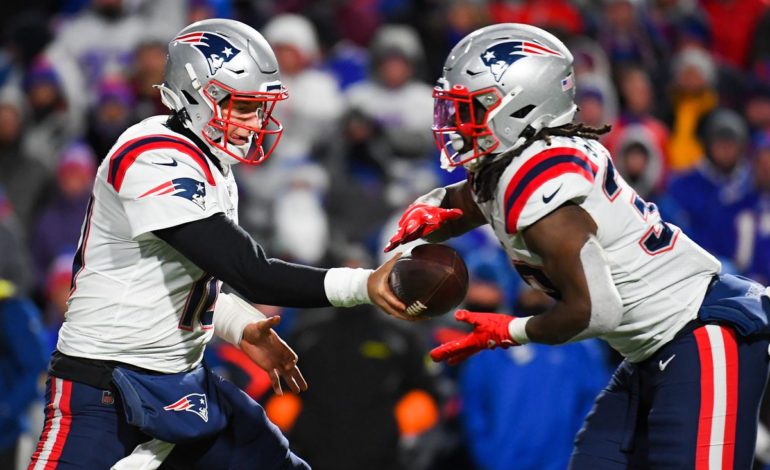 The Patriots Can’t Afford To Get Cold In Buffalo Tundra