Balance – For a player of his size, he has outstanding balance. He hardly lost his footing or overextended, and he plays with a great low center of gravity.

Power – As a certified monster, Faalele has no shortage of functional strength. He doesn’t have the nimble feet to bulldoze players backward, but his anchor is stout and impenetrable, and he has no problem showing defenders into the ground. Additionally, when he wants to extend his blocks downfield, no one can slow his momentum.

Blocking in Space – Not surprisingly, this isn’t a strong suit. He is a slow mover in space, and with all the open area around him, he can’t manage to stay in front of charging defenders, who get around him with ease.

Football IQ – He doesn’t seem to fully understand how to use his elite physical traits to his advantage. Additionally, zone coverage schemes give him issues, due to his lack of agility and his failure to identify schemes and assignments.

Run Blocking – A true menace, Faalele’s size is a great advantage. When all that’s needed is to get a push, rather than maintain a block, there are few more reliable than Faalele. With his low center of gravity and his massive frame, he can create push or open gaps with ease.

Lateral Mobility – He has surprisingly quick feet for a player of his size, and when coming out of his stance he has a great kick step and follow-through, but aside from that first second his lateral mobility is severely limited. Every time defenders went around the edge, they won the rep. To his credit, getting around him is very hard, which makes up for his lack in this regard.

Pass Sets – Explosive and quick out of his stance, you will never beat him with raw power or with leverage. He is very susceptible to edge-bending, but he uses his size well to limit the success to only the very talented edge-benders. He also struggles to maintain blocks for extended periods of time, as defenders can usually cut in or bounce out and get around him.

Versatility – Faalele played primarily at RT for the Gophers, and that’s likely where he’ll stay. He doesn’t have nearly the athleticism or mobility to play LT, and playing on the interior will limit the QB’s passing lane (due to his immense size).

Daniel Faalele is truly a monster. His rare size is extremely enticing. Usually, the massive size comes with a huge lack of movement ability, but considering his frame, Faalele is a very smooth mover. He also showed the ability to make up for many of his deficiencies in mobility with great explosion and quick feet off the snap.
Unfortunately, there are no discounts on mobility because a player is big. Quick and agile edge defenders will give him all sorts of trouble, and nearly every NFL team has one. Additionally, it doesn’t seem as though Faalele has a great understanding of the game. There are many nuances he missed. He will be great in a man-blocking scheme, but zone-blocking will prove very difficult.
Having a flaw this big will greatly limit his ability to succeed on the next level. Then again, being this big is also his best quality.
His usage in the NFL will be fascinating. Whether he becomes a star or not, this freak of nature will intrigue NFL teams throughout his whole career. His rare physical traits will always get him a job.

See Daniel Faalele’s overall ranking among other players on my Big Board. 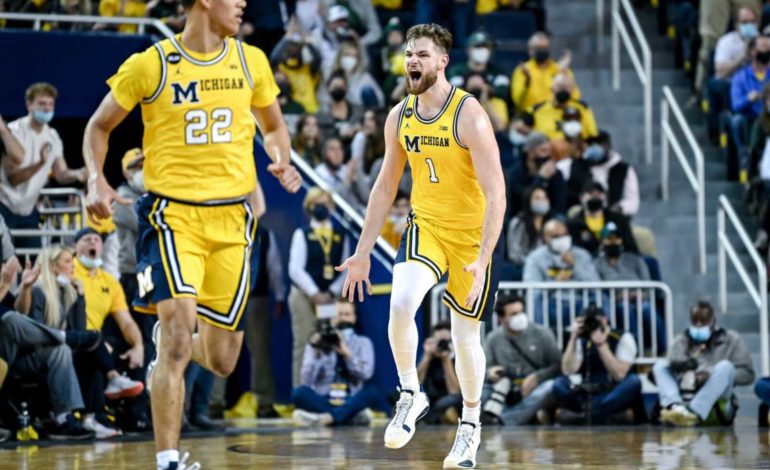 Dear NCAA, Michigan Deserves to be in the Tournament