In 2020, we are seeing athletes, sponsors, and fans ask their teams and universities to make a real change to their image across the sports landscape. One easy, simplistic way to begin that change is through language. Changing the language used is definitely a way to stop honoring those on the wrong side of history. As seen recently, the Washington Racial Slurs are changing their name (and we have some ideas to help!). The Cleveland Indians have also recently debated their own name (and we have some ideas to help them, too!). But what about MLB franchises who have already built a following around a new nickname? Should they swap out an old name for something that is both new and familiar?

Major League Baseball is the oldest professional sporting league in the United States. It survived both World Wars, the Great Depression, Prohibition (which makes watching some MLB teams hard)… It was a symbol of America in the Cold War and led the way for major professional sports’ integration into this country’s fabric. Baseball may not have the ratings, currently, that the NFL does, but America’s pastime has been around and tied to America for a long time.

Thus, many of the franchises have earned nicknames. Generally speaking, a new nickname comes from some local sportscaster, gets popular at a few sports bars, makes its way onto a tee-shirt, or does something to make it popular locally before it really takes off. With how old the MLB is, nearly every team has some alternate nickname.

But, are there any alternate nicknames that are actually better than the team name?

With MLB franchises gearing up for an expanded playoff bracket, we figured they didn’t have the time to wrestle this out. Luckily for them, we at Belly Up are here to help out!

Ok, work with me here… But isn’t the Los Angeles Angels too repetitive? There aren’t the San Antonio Anthonys, or the San Francisco Franks, etc. Los Angeles, in Spanish, means “the Angels.” The Angels Angels seems to be overdoing it, even if it is a bilingual interpretation.

But, the Angels’ Halos makes way more sense… if we throw in an apostrophe.

On a more real note, the Los Angeles Halos have a ring to it that the Angels don’t, and haven’t ever had historically. The franchise opened as an expansion franchise, the LA Angels. Then they quickly shifted to California Angels for a long time before switching to the Anaheim Angels. For a brief period they were the Los Angeles Angels of Anaheim (yes, that’s a mouthful) before settling back into, simply, the Los Angeles Angels.

Part of the switching seems to stem from marketing. How do you effectively market the team to all of southern California, differentiate yourselves from the Dodgers, and still tap into the giant market that is Los Angeles? For nearly 60 years, the franchise has opted to change how they brand their location. Part of that revolving door of branding is that it’s hard to connect Los Angeles and Angels because of the aforementioned repetition. However, through all of that change, one nickname negates the issues: the Halos.

Sportswriters have used the Halos as a term of endearment for the Angels since their inception in the ’60s. They’ve used halo imagery on their hats and jerseys, whether they had CA, LA, A, or any other letter on them. The brand switch wouldn’t be very difficult, nor would it take much convincing. Most blog sites following the club already make a play on Halos, it pulls up a similar amount of results on search engines and Twitter, and it is already a part of the brand of the ball club.

I grew up going to old Yankee Stadium; my dad, my brothers, and I would make the walk across the Grand Concourse bridge from Harlem into the Bronx to go watch Bernie Williams, Paul O’Neil, Tino Martinez, Jorge Posada, and all the champions that donned the pinstripes back in the late ’90s and early 2000’s.

As a kid, you always brought your glove! No baseballs were safe (and, frankly, going to the South Bronx meant no fans necessarily were, either).

For as long as I can remember, the Yanks had the nickname the Bronx Bombers. As a semi-famous little leaguer once said; we hit dingers!

The record books back this up. Every home run record, whether individual or team, is littered with more Bombers than a New York playground is with trash.

Far be it from me to be “that dude”. You know, the one that points out the Yankee is actually a slur describing anyone from the North during the American Civil War.

Plus, I kinda love the idea of taking the most successful franchise in American professional sports and turning their name on its head!

New unis, new hats; the marketing alone is worth alternate-jersey consideration, no?!
Listen, we started this thing with problematic mascots. I’m just saying…

2004: What a time to be alive. No coronavirus, patriotism was high without dipping into nationalism, the world didn’t quite hate the Pats yet, and the Red Sox broke “The Curse of the Bambino.” A simpler time… a better time. TAKE ME BACK PLE… ok nope. Gonna stay calm.

That 2004 team was a fun bunch of idiots. Now, I’m not being a jerk. That’s what they called themselves, or at least Johnny Damon did.

Johnny Damon, prior to the first game of the 2004 ALDS

Right now everyone, not just Red Sox fans, needs to be a bunch of idiots. With so much going on, we just need to have fun when possible, and find joy in the little things…

Ok, that’s not the only reason. While there is some historical reason for this, I have another, more pessimistic reason for the change. Larry Lucchino and John Henry are both idiots. Oh, you need to get out of the luxury tax? You’re the Boston Fucking Red Sox, you spend money on players. But fine, roll back spending, don’t go after free agents… wait, you want to trade the greatest homegrown player since Teddy Ballgame? For PEANUTS?!? Get out of here. Go worry about your NASCAR, your Premier League team, and buying a newspaper so they don’t write mean things about you. You idiots, give the team to someone who actually wants to see them win for a good reason, not just so you can raise ticket prices. After this ABYSMAL season, if fans are allowed in Fenway I guarantee ticket prices will either stay flat or rise. It’s disgusting.

If you think we forgot one, even if you’re wrong, please feel free to drop a comment of your idea below 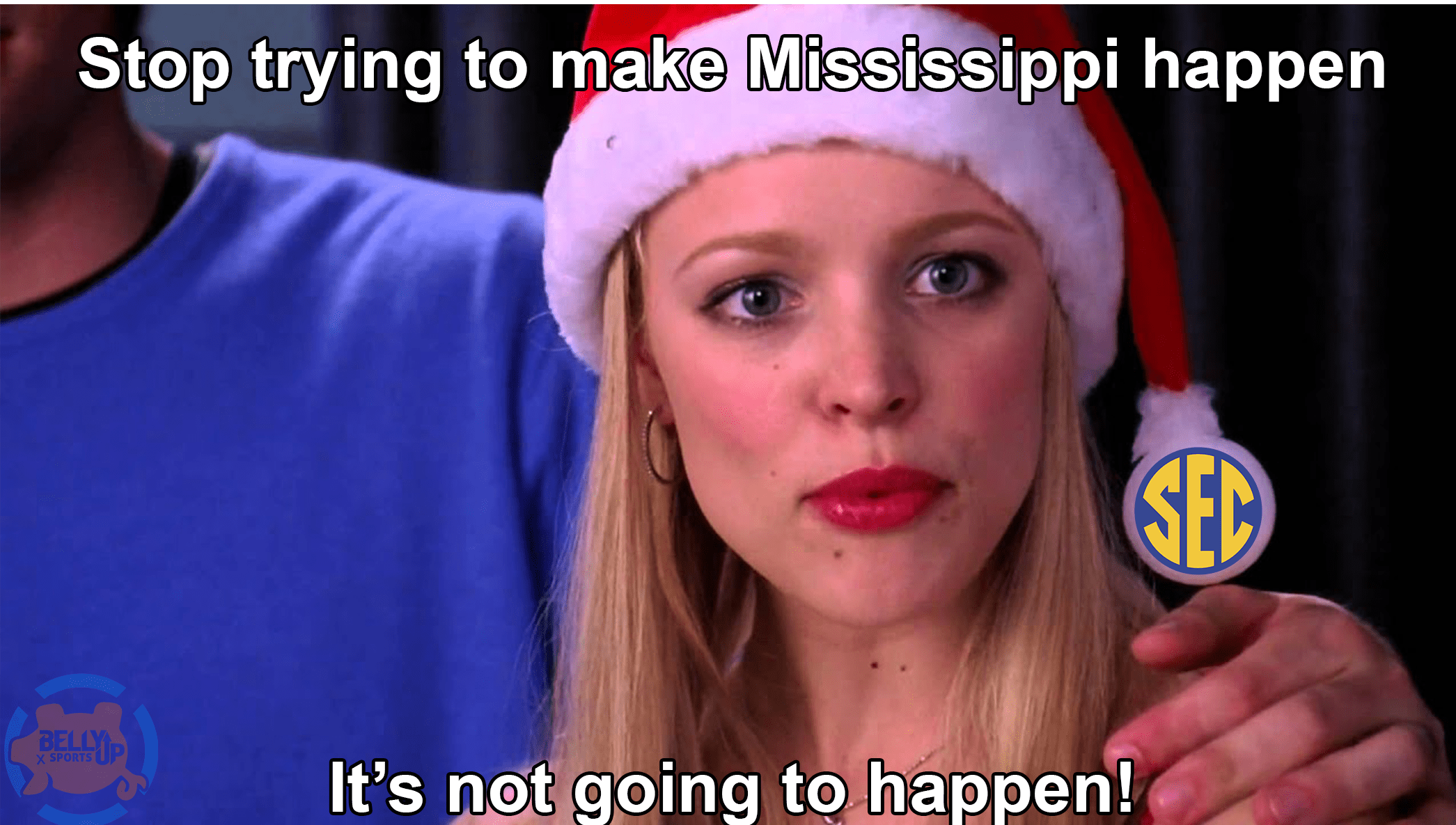 No, Yahoo, Mississippi is Not College Football’s Capital