The Bucks promised their Superstar big moves and as the 2020 NBA trade season got rolling no one was surprised to see them jump into the fray. Everyone in the NBA universe knows that the name of the game for the Bucks is to hang onto Giannis Antetokounmpo That objective has been the white-hot center of the universe for Milwaukee’s front office. To that end, the moves have been made. If you’re reading this, you probably already know that. So, I’m not going to give you more of the same. I’m coming with another angle. A question that I have and that I imagine some of you have too.

Will it be enough?

You gotta figure at this point that a successful 2020-21 season for the Bucks is a trip to the NBA Finals. I mean, we can all agree on that, yes? But, will the moves the Bucks have made be enough to get them over the hump? For an analysis of the trade itself, check out Sarah Walsh’s breakdown.

Clearly, the Milwaukee Bucks roster needed some upgrading. Once you get through the top four scorers of the Bucks starting lineup for the 2019-20 season (Antetokounmpo – 29.5 Khris Middleton – 20.9, Eric Bledsoe – 14.9, Brook Lopez – 12) there is a sharp decline in scoring production. No other player for the Bucks averaged double-digit scoring production on the season. I feel like that pretty much says it all.

Why a team that had the Greek Freak in their organization waited so long to spend the money to build a roster worthy of him is beyond me. In any case, the commitment to the two-time MVP after the 2020-19 season was completed was pretty clear. We’ll spend the money to build around you. Nothing like waiting until the last possible opportunity to make a smart move. Am I right?

At the time I outlined this piece, it sounded like Jrue Holiday and Bogdan Bogdanovic would both be suiting up for the Bucks in the upcoming NBA season. The way that all fell apart is just one more reason I don’t think the Buck organization has what it takes to get it done. They’ve been forced into making big moves without having the experience to play with the big boys as a front office and it shows.

My point is when the concept for this article came together, the Bucks were poised to be considerably better than they had been previously. Even at that point, I wasn’t convinced that the Bucks would have done enough to get where they need to be. This is because of someone they retained.

I’ve been of the opinion for a while that the Milwaukee Bucks have issues that need handling beyond the makeup of their roster. Specifically, I believe the Bucks might have a coaching problem. In fact, I’m pretty sure of it.

The Bucks season ultimately ended much sooner than anyone would have predicted and in dumpster fire fashion. Getting down 0-3 in a 7-Game series is the kiss of death. To be in that position against the eventual Eastern Conference Champion Miami Heat though!? We’re talking about a team starting rookie Tyler Herro who was picked 13th overall and undrafted Rookie Duncan Robinson. When we factor in Bam Adebayo and Jimmy Butler, yes, this is a very good squad. Did anyone think they were a get up 3-0 to the team that finished the season with the best record in the league? If you tell me yes I know you’re full of it.

…was what I thought to myself as one coach after another was released following the completion of the NBA Bubble. My face even sported a similar look of confused disbelief as Budenholzers does in the image above. I’m convinced… I’ve been convinced that Budenholzer is not going to be able to get the Bucks to the NBA Finals barring a top-10 NBA player landing in Milwaukee.

This isn’t a conclusion I’ve come to randomly. You see, I’m a Toronto Raptors homer. I feel like I’ve seen this show before starring one, Dwane Casey. Did he kill it in the regular season? Absolutely. Did he contribute to turning a losing franchise into a regular-season powerhouse and perennial playoff participants? For sure. Was I ready to move on from Casey two full seasons before Masai Ujiri pulled the trigger? You better fricking believe it.

I remember talking to my mom after Casey was released. She was completely indignant that after Casey won coach of the year the Raptors organization would pick that moment to let him go. Me? I was thrilled. Stick around and I’ll tell you why.

Dwane Casey’s coaching style in Toronto was akin to someone trying to speak to someone who doesn’t speak their language and believing that speaking more slowly or with more volume will make a difference. I’ll put it another way. If I had to sum up what I saw as Casey’s coaching strategy it would go something like this…

I work within a certain system. If we’re not winning games it’s because the system isn’t being executed correctly.

Well, guess what? At the time, Toronto didn’t have the right roster to execute the kind of system Casey was trying to run. In the last few seasons of Dwane Casey’s tenure in Toronto, the team was setting new records for regular-season wins every season. Even with all those wins, the Raptors’ offense always felt like an almost run-away train that was moments from falling off the rails. Those were the best Casey seasons. Prior to that, the roster simply didn’t have the skill or basketball IQ to execute the unnecessarily complicated offense Casey seemed to be very attached to.

When it comes to Budenholzer, I see a similar lack of flexibility. He likes his system. It’s a system that has been all kinds of effective as we’ve seen in the Buck’s last two regular seasons. If you’re still reading this, I don’t have to tell you that it’s a differnt thing in the playoffs. The coaching chess game becomes much more important when you’re matching up in a best of seven series. It’s all about adjustments.

Too Little Too Late?

Is it possible that the Milwaukee Bucks decision not to move on from Mike Budenholzer will negate the roster moves they’ve made? This writer thinks that could very well be the case. I mean, why wait until the last possible moment to really put your coach in the hot-seat? The Bucks front office should have made the 2019-20 season Mike Budenholzer’s last chance to prove that he could translate regular-season success into playoff prowess. Which in turn means they should have been willing to spend into the luxury tax to build a roster worthy of their star at least a season before that.

That way, they would have had the time to test roster moves with Budenholzer. Had that not worked out, this upcoming NBA season would have provided one final chance for the Bucks to test an upgraded roster with a different coach. As it stands, both the new roster pieces and the coaching will have to come together in just one more season. To say the stakes are high is wildly understating the matter. The 2020-21 season could very well determine if the Bucks continue to be an Eastern Conference leader or disappear into rebuilding obscurity.

My Hardcourt Hunnies partner, TJ made the comment that he hoped the Bucks start the season terribly, forcing the Bucks front office to fire Budenholzer mid-season. This is an obvious quandry. Budenholzer excels in the regular season. Unless you really take his career .582 regular-season record separately from his .500 playoff record, Budenholzer looks like a coach you want to hold onto.

I for one am not putting my money on Budenholzer to get it done barring the Bucks being able to make another big roster upgrade. This would mean that this time next season (assuming some return to normalcy) we’ll be just beginning to watch Giannis Antetokoumnpo continue to peruse his and NBA championship right with a team not called the Milwaukee Bucks.

Check out my other articles and don’t forget to check out my podcast Hardcourt Hunnies. Check out all the NBA news you could possibly want from the Belly Up Sports NBA department. For fantasy and gambling content, Belly Up Fantasy Sports has got you covered. 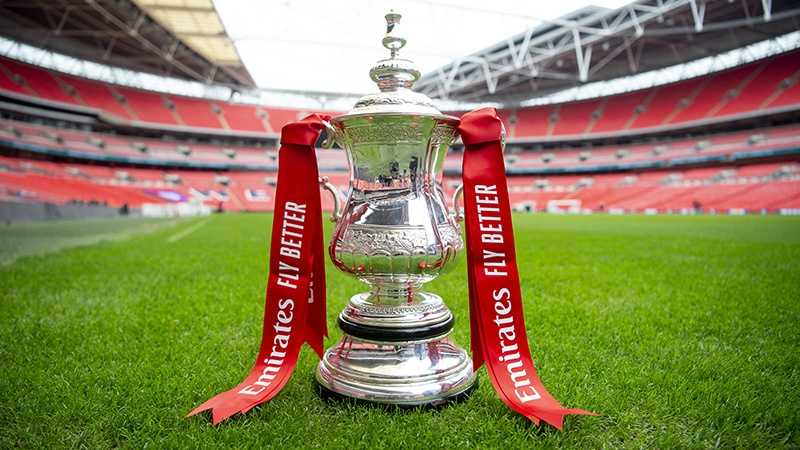 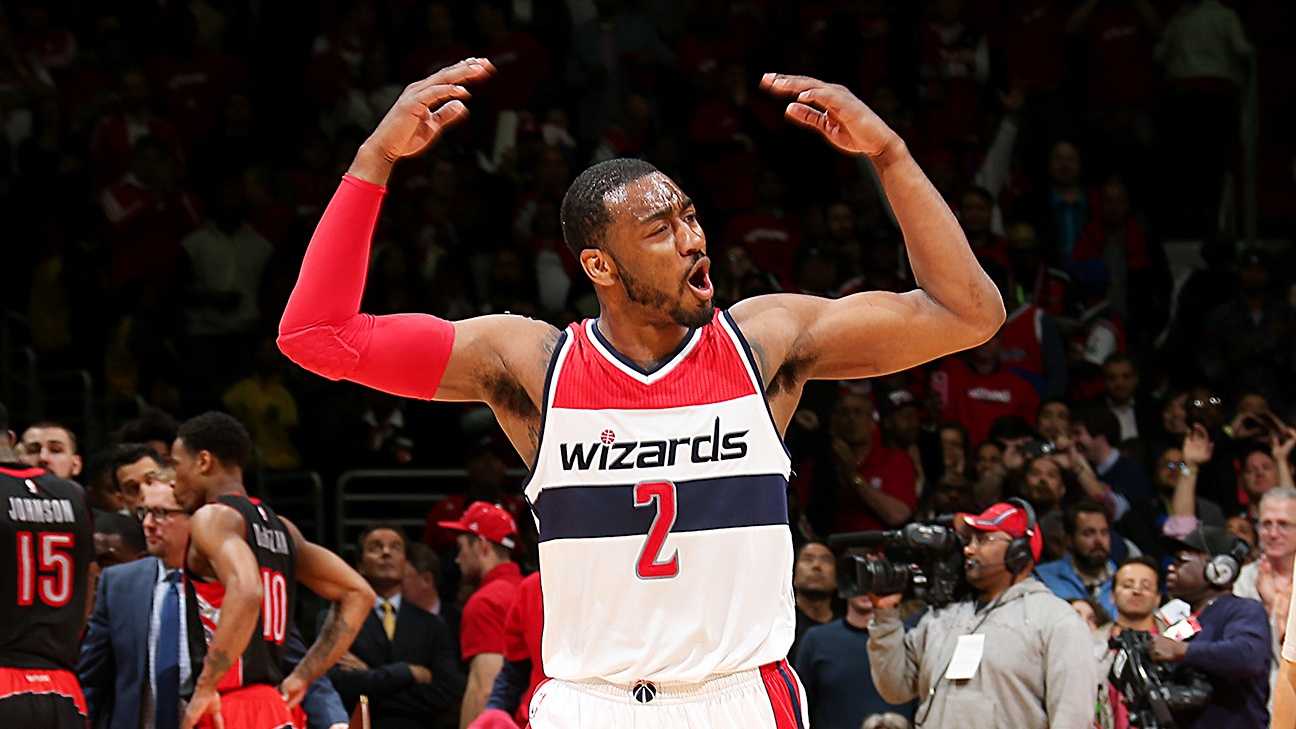