In looking back at the first weekend on the sports calendar without football, several NBA guys showed off some sweet sneakers. In a weekend that had 24 different games, #24’s sneakers continued to be the most popular silhouette.

Few of our hopeful  Kobe Bryant tributes from last week came through, but time and time again we are seeing players with the Black Mamba’s footwear on their feet.

For one reason or another, the Kobe Bryant Protros get the Player Edition (PE) treatment way more than they get the retro treatment. That wasn’t the only sneaker on the floor this weekend, but it certainly stuck out as the most common.

Last September, Nike took a PJ Tucker designed PE public. They released a mult-colored Kobe V Protro that sold out in minutes. Tucker is the Sneaker King year in and year out, and whatever he is wearing on his feet sets the internet on fire. Thus, it makes sense that Nike opened the door for him to collaborate.

In this purple pair of Kobe VI’s, Tucker used the Nike Air Yeezy 2’s as his inspiration. Well before Kanye West was with Adidas, the elusive Yeezy line was with Nike. While that is in the reverse order of Kobe’s sponsorship timeline, the pairing works well here. Shades of purple follow the silhouette with red laces, making them a perfect pairing for a Rockets’ uniform. The red is just enough of a match, while the purple sticks out like a sore thumb. The Kobe VI has raised “snake scales” to represent the Black Mamba, but in this colorway, they match the purple cheetah print from Nike’s Yeezy.

Tucker’s PE had a clear, concrete inspiration for sneakerheads. But Devin Booker and DeMar DeRozan’s PE’s? These are perfectly made to match their specific alternate uniforms. Nike has, in the past, sold a Devin Booker PE and a DeMar DeRozan PE.

Nike hasn’t made any indication that these Booker or DeRozan sneakers will hit shelves, but Booker and DeRozan are two of the strongest Kobe sneaker fanatics in the NBA. Booker tends to wear Kobe IV’s and V’s, while DeRozan has a diversified collection of Kobe’s.

This weekend, Booker’s Kobe VI sneakers matched the Phoenix Suns The Valley uniforms perfectly, while DeRozan paired his kicks with the Fiesta themed Spurs jerseys… While they’re uniform specific, I imagine both of these pair of sneakers would sell very well.

.@buddyhield with the Kobe 6 Protro inspired by the Bahamas where he was born 🇧🇸 pic.twitter.com/TF8rX6jTy3

The Commonwealth of the Bahamas has had very few NBA players. It’s a small fraternity that does boast a strong starting five: Mychal Thompson, Klay Thompson (not born there, but has citizenship as his father was), Deandre Ayton, Rick Fox, and Buddy Hield. For a country that is more proud of their cricket team, the Caribbean isle has had a lot of influence over the NBA.

Over the weekend, Buddy Hield represented his country and fellow countrymen with his custom pair of Kobe VI’s. The colorway is perfectly matched with the Bahamian flag. The aquamarine base with the yellow swoosh mirrored the aquamarine stripes outside the golden middle. On the flag, the aquamarine is intentional in how it represents a country surrounded by water. The golden yellow represents the rising sun on the island. The black heel accent mirrors the black triangle of the flag, which is supposed to represent the vigor, strength, and determination of the Bahamian people. The flag is meaningful, as are the colors on the sneakers.

We have talked in the past about Ja Morant’s extra high top sneakers, but this weekend? Morant wore the Nike Kobe 1 Protro

Now, we need to mention two things. First, these are sick kicks. The all-black silhouette and gold swoosh for Mamba Day in 2016 was an instant classic. Second, these are high top sneakers… just not the SUPER high tops Morant had worn before.

Perhaps he isn’t an outright liar, but man… it did seem like we were in for an all Kobe IX season after this tweet:

Rajon Rondo would never be bold enough to wear obvious Kobe sneakers, would he? What about a more subtle nod to Black Mamba? The Nike Hurrache 2k4 is one of Nike’s most iconic sneakers, and it was the first Kobe Bryant wore in his first year with the Swoosh.

While this vibrant PE isn’t exactly a Kobe Bryant retro, it certainly hits the same chords.

08 Hyperdunks are one of the best basketball sneakers ever. pic.twitter.com/o8RaZgN3Dl

This could also be called a Kobe Bryant nod… He wore them in the 2008 Olympic Games. But to Nike’s credit, this throwback pair was very common for Americans in the Beijing games. This Hurrache model in an American colorway worked well for the red-white-and-blue, but it also clearly works very well for the Dallas Mavericks.

Ok, but BESIDES Nikes… What about Adidas?

The Dame 7s that @Dame_Lillard cashed the game winner in last night in Chicago are the “RESPECT” colorway, celebrating his ongoing program with Portland’s public High Schools that highlights students who “show up, work hard and be kind.” pic.twitter.com/ixTAN8Plmy

Lillard’s late-game heroics stole the show. He hit two big threes, including a buzzer-beater, in the last nine seconds of the game to beat Chicago. But as DePaula mentioned, his sneaker colorway was as killer. The almost all-white sneakers represent the work Lillard has done in the Portland public school system. Lillard’s RESPECT program at three Portland area High Schools rewards students who have shown the principles of RESPECT: showing up, working hard, and being kind. Cool sneakers, cooler program? These Dame 7’s are a winner.

Gary Trent Jr. hit Chicago with a pair of pairs of Harden Vol. 4’s. Wearing the Black sneaker on his left foot and the red sneaker on his left foot brought back memories of when Tracy McGrady in the All-Star Game. McGrady also mismatched his Adidas in the 2004 All-Star Game in Los Angeles. While Gary Trent Jr. was effective, he didn’t quite have the off the backboard to himself moment that McGrady did…

Tracy McGrady really made throwing it off the glass cool yo. #VibesGalore

Which of his All-Star Game slams went harder? 👀 pic.twitter.com/ZN3vt9paib

February ought to offer a number of different Black History Month colorways of sneakers. Though it wasn’t quite February yet, Lakers’ big man Montrezl Harrell started the vibe with his Black superhero-themed Reebok Questions.

Football Kicks without any football games?

There was no football game this weekend, but football players still found their way into Weekend Wears. The COVID pandemic meant there would be no 2021 Pro Bowl, but the NFL was sure to announce the team and honor those who had Pro Bowl level seasons. League sponsor Nike was sure to help reward the players by handing out mismatched Jordan I’s with a Pro Bowl seal on the back. It’s not a trip to Hawaii for a football game, but it’s not a bad runner up prize!

As Jeff Green and the Brooklyn Nets went to the District for a late-game thriller, Green went with an alma mater vibe. Green donned the Georgetown colorway of the Jordan 35. It wasn’t the perfect “Nets” blue to match their throwbacks, but it sure was a classy Hoyas look.

For more of my writing on sports, sneakers, and the Houston Rockets, follow me @painsworth512, or just check out what I’m wearing at my day job @TeachInKicks101, and give our podcast “F” In Sports a listen wherever you listen to podcasts! 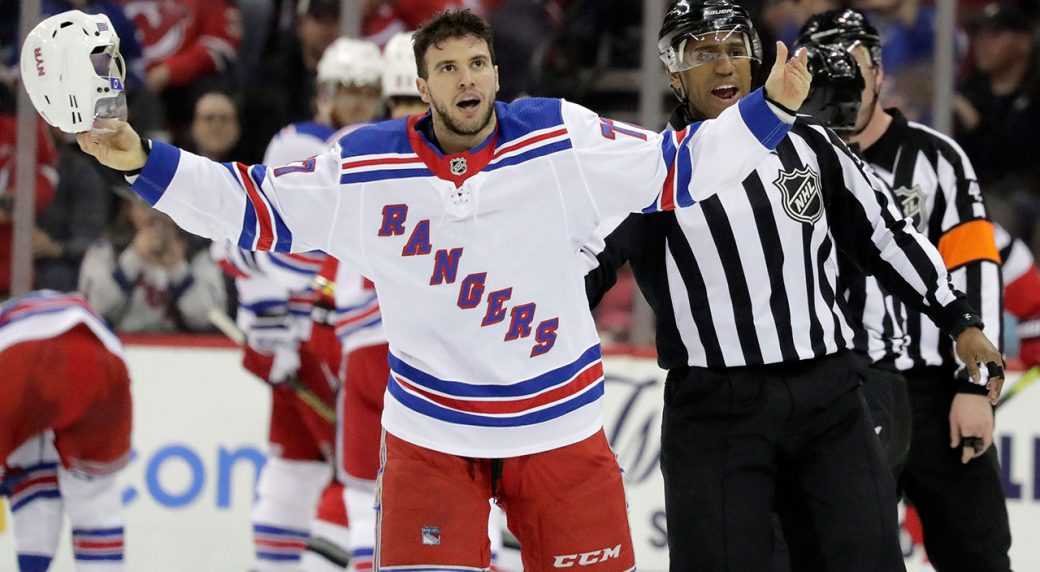 What Is Happening with Tony DeAngelo?