The highly anticipated Super Eight Showdown episode was this week on season five of The Masked Singer. The top four singers from Group A and Group B united for a big sing-off and double elimination. In the episode, there were some amazing performances and new clues that created more confusion for everyone.

This season has been the best one yet with plenty of talent and a fun new format.  It’s time to meet the Super Eight that included: Seashell, Porcupine, Black Swan, Russian Dolls, Chameleon, Piglet, Crab, and Yeti. Each of their performances was a part of the special, two-hour Super Eight Showdown, and was filled with fun and exciting twists. The biggest of them all was Cluedle Doo. The episode formally introduced Cluedle Doo as a widely known individual who presents even more clues to throw the judges into mass confusion. Let’s meet the contenders from the Super Eight Showdown.

Chameleon is as cool as they come with his rapping skills. He is the most interesting one because we only hear him rap instead of singing so it can be hard to match his voice to anyone. Maybe Chameleon is a professional rapper. The clue package showed him working with his idol.

Russian Dolls gave another amazing performance with some tight vocal arrangements. They could be a professional group because the harmonies are so in tune like they have sung together for many years. Their clues included them playing in famous venues.

Song: “The Pretender” by Foo Fighters

Piglet pulled out another great rendition with good vocals and stage presence with a rock song. It was a good job by Piglet, who is talented in many aspects. There are many who feel that he could be from a popular 90s boy band.  His clues showed how his faith helped him find his dreams.

Song: “Use Somebody” by Kings of Leon

Black Swan sang with much emotion in her performance that had everyone in their feels.  Her clues referenced her going through tough experiences in her life. She is one of the top contenders in the competition and this week proved it. The clue packaged had references to her growing up with a single mom.

Song: “Let’s Get It On” by Marvin Graye

Porcupine had a soulful rendition of the song, his voice is deep and smooth in the tones. There is something mysterious about him because he does not give us the same thing each week. The panelists feel that he could be a big star.  His clues talked about hiding his talent early on behind a curtain.

Yeti brought tears to everyone’s eyes with his performance. He sang with a lot of feeling and showed more range to his voice. This was a good song choice for him because it fit his voice. In his clues, he showed himself getting a second chance at his career.

Song: “In the Air” by Phil Collins

Crab overcame his stage fright to give an amazing performance. There are not many singers who can make people feel what they feel with their singing. He has a distinct voice that sounds like someone from the ’80s. His clues showed how Crab was discovered through talent shows.

Song: “I Think Were Alone Now “by Tiffany

Seashell is a special singer with so much talent. Everyone has gotten the opportunity to watch her confidence grow week after week because that is what the show is about. Her execution of this song was so strong and believable. There were some interesting clues that included her talking about reporting on the news.

First Elimination: The Crab was revealed as a singer, songwriter, and chief, Bobby Brown. He is a well-known artist from the ’80s and a part of the group New Edition. A tough elimination because he was good enough to go on.

Second Elimination: The Seashell was revealed as actress, singer, and daytime host, Tamera Mowry. She is known for her iconic role on the nineties teen show Sister-Sister. This was a tough choice because they are all so good.

The super eight showdowns brought the house down with some of the season’s best performances. Tune in next week for a special sing-along episode with more fun twists. The Masked Singer airs on Wednesdays at 8 PM EST/7 PM CST on Fox. For more sports and entertainment visit Belly Up Sports. 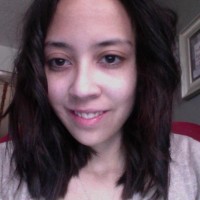 Why Nikola Jokić Is Guaranteed the 2021 NBA MVP

Talladega Terror? Who Will Come Out on Top at Dega?