While NASCAR may be off the next two weeks for the Olympic break, the silly season for the 2022 season will keep us entertained. Meanwhile, we finally have an official announcement regarding Brad Keselowski and Roush Fenway Racing.

BREAKING NEWS: @keselowski will join @RoushFenway as a co-owner and driver beginning in 2022. pic.twitter.com/I3Jj0nWaDd

The move was to be expected as Keselowski had been interested in an ownership role. We knew he wasn’t going to get that if he stayed in the Penske camp. Jack Roush isn’t getting any younger and bringing in Keselowski could spark a revival for the team who hasn’t won since 2017 when Ricky Stenhouse Jr. was on the team. Keselowski will pilot the iconic number 6 car next season. Current RFR driver, Chris Buescher will remain in the 17.

No announcement as far as sponsors. Buescher remains in 17. https://t.co/C5ZZ0UzCQF

Ryan Newman, who currently drives the #6 machine will be looking for a ride next season if he decides not to retire. Newman has been a Cup Series regular since the 2002 season and hasn’t won a race since the spring Phoenix race in 2017.

With Roush and Keselowski’s team set for 2022, a few other teams have recently made announcements regarding their 2022 plans.

Keselowski leaving Team Penske left a big opening for the number 2 car in 2022. There were plenty of rumors regarding his replacement such as moving Ryan Blaney from the 12 to the 2, Matt DiBenedetto moving from Wood Brothers to the 2, and even bringing up Austin Cindric. Ultimately, it was Cindric who got the nod to replace Keselowski.

NEWS: @AustinCindric to pilot the No. 2 Team Penske Ford Mustang in the @NASCAR Cup Series in 2022.

Cindric was originally slated to replace DiBenedetto in the 21 car for the 2022 season but with an opening on Team Penske (and with Austin’s father, Tim Cindric being the president of the team) it wasn’t a surprise for who Keselowski’s replacement would be.

With the plans of Cindric to the 21 next season out the door, that would leave an opening for the Wood Brothers car.

⚡@WoodBrothers21 is announcing today that Harrison Burton will replace Matt DiBenedetto in the No. 21 car in 2022. pic.twitter.com/pVmYYYZ0Cl

Instead of keeping Matt DiBenedetto, Wood Brothers chose to go the younger route and snatched Harrison Burton from Joe Gibbs Racing to drive their car in 2022. The move made sense for the 20-year old Burton, as there’s a roadblock in the Gibbs Cup stable as well as the lack of other Toyota teams. There have been rumors of Denny Hamlin and Michael Jordan’s 23XI Racing team expanding. Meanwhile, Hamlin has expressed he would like a veteran driver in another car.

That leaves DiBenedetto a free agent in 2022 and with the lack of wins in his Cup career and top rides starting to be filled, his time in the Cup Series could be running out.

Hendrick has had quite the success this season racking up 10 wins (Kyle Larson 4 wins, Alex Bowman 3 wins, Chase Elliott 2 wins, and William Byron 1 win) in the 22 races so far. Earlier in June, Alex Bowman was awarded a multiyear contract extension, guaranteeing himself a couple more years in the 48 car.

It’s a no-brainer that defending Champion, Chase Elliott will be with the team next year and beyond even though his contract is up at the end of the 2022 season. William Byron was given an extension last season. Ultimately, this sets him up to be in the 24 car again next year.

The big question mark was Kyle Larson. Coming into the season we knew Larson signed a multiyear agreement with Hendrick, but lack of sponsorship made it unknown how long he would stay, let alone race without a main sponsor.

According to Hendrick, his automotive website has seen increases in overall traffic (up 27%), vehicle sales leads (up 18%), digital retail leads (up 37%) & trade evaluations (up 61%) since starting to sponsor Kyle Larson. Now signed to sponsor Larson for 35 events in 2022 & 2023.

Not only will HendrickCars.com sponsor 35 races for Larson in NASCAR, but they will also sponsor him in numerous non-NASCAR events he competes in which will include branding on his gloves, helmet, and firesuit.

Hendrick Motorsports now has a young lineup of talented drivers for next season and it wouldn’t be surprising if we saw extensions given out to Elliott and Byron in the future.

The silliest move of the silly season that came out of nowhere was Justin Marks and Pitbull’s Trackhouse Racing buying out Chip Ganassi and their two charters for 2022 and beyond.

According to Hendrick, his automotive website has seen increases in overall traffic (up 27%), vehicle sales leads (up 18%), digital retail leads (up 37%) & trade evaluations (up 61%) since starting to sponsor Kyle Larson. Now signed to sponsor Larson for 35 events in 2022 & 2023.

The team has said they will be keeping Daniel Suarez next season. The big question is, who will be driving the second Trackhouse car?

Kurt Busch and Ross Chastain are the current drivers for Ganassi. This means there will be a big decision whether they want a veteran and former Cup Series Champion in Busch. Or, they may go the route with a younger, up-and-coming driver in Chastain.

This is just some of the bigger news regarding the silly season. However, there are still a lot of dominoes left to fall that we will find out soon in the future.

Kaulig Racing will be fielding two cars with Justin Haley racing full time and AJ Allmendinger running a partial schedule. Whether or not Allmendinger will be in the chartered car or a third car remains to be unknown. Kaz Grala could be a candidate for a ride since he’s made a couple of team starts this season.

🚨 NEWS 🚨@Justin_Haley_ will become Kaulig Racing’s first full-time driver in the @NASCAR Cup Series in 2022 after signing a multi-year agreement.

GMS announced that they will be fielding a Cup team in 2023. No other details on driver, charter, sponsor have been announced.

GMS Racing announces it will field a Cup Series team in 2022. No details disclosed on whether the team will be full or part time, sponsor or driver.

Corey LaJoie will return to the #7 for Spire Motorsports in 2022.

From Spire: Spire Motorsports will sell two of its three charters to Kaulig Racing. We will continue to field the No. 7 with Corey LaJoie as a chartered entry in 2022. We remain committed to NASCAR and the Cup Series.

Along with all these official announcements and changes, we also have to look at some of the drivers who have yet to sign a contract for the 2022 season.

Drivers with unknown contracts that have raced this year consist of; Quin Houff, Tyler Reddick, Christopher Bell, Anthony Alfredo, Cole Custer, Cody Ware, Josh Bilicki, BJ McLeod, Joey Gase, James Davidson, Garrett Smithley, and JJ Yeley. Where these drivers will end up in 2022 is yet to be announced. Although, don’t be surprised to see a lot of new faces in different places.

So far we’re just at the tip of the iceberg regarding the silly season. We’ll be diving much deeper as the season rolls along.

Up Next In Silly Season

NASCAR is back in action on August 8th at Watkins Glen.

Due to Covid last season, the Cup Series hasn’t been to New York since the 2019 season. There, Chase Elliott earned the victory over Martin Truex Jr.

There are currently four races left until the playoffs. We are in for a treat, both in racing terms and silly season terms.

In the meantime, enjoy the Olympic break and be on the lookout for more silly season news. 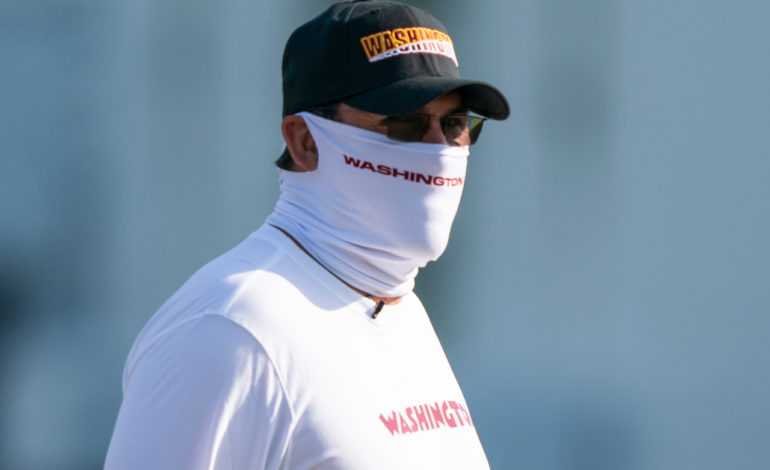 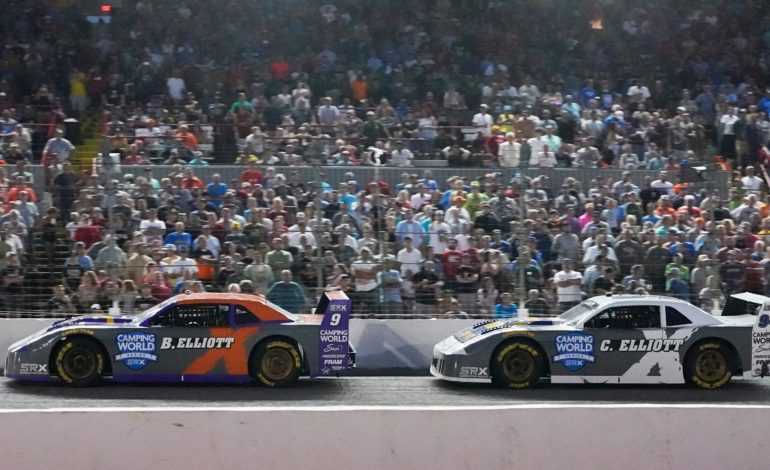