The Bruins have been continuting their trend of being good at hockey in 2022. In fact, they have only dropped one game so far this year. And honestly that game was not even that bad either. And now with the return of Tuukka Rask, I think things are going to get a lot more fun in Boston.

Besides a loss at home to Minnesota, Boston continues to play with a spark that seemingly had been missing all season until now. Perhaps the extended holiday break helped the team collect themselves, or the shuffling of the lines was exactly what they needed. David Pastrnak and Taylor Hall seem to have been two of the biggest beneficiaries of this move, with both players starting off 2022 with their best play all season.

It’s not like Boston is just beating up on the little guys too. One of Boston’s biggest struggles so far this season has been beating playoff teams. Well, this past week just shows that they are very much able to do that. Boston decimated both Tampa and Washington this past week, in Tampa and Washington no less. Those wins really showed just how much potential this Bruins team has. Now Boston just needs to stay consistent, and perhaps they could be fighting for the Atlantic Division crown come April.

Oddly this week as well, the Bruins went ahead and signed a 34-year old goalie to a new contract. Kinda strange to do something like this if you ask me. With both Jeremy Swayman and Linus Ullmark proving decent in the net, why bring in someone off the street? Oh yeah, because that someone is Tuukka Rask.

Yes as a surprise to literally no one, the long-time Bruins goalie has been officially brought back to Boston. After weeks of practicing with the Bruins and months of just oh so subtle hints that Rask wanted back in, it’s finally Tuukka Time again! Though he might not be the same player he was, Tuukka is just one of those athletes where he is a part of the soul of the team. Tuukka being back in the locker room no doubt will give Boston a boost right in the middle of their best stretch of play.

Frankly, I cannot understand anyone who is not excited about this news. The only people against it probably only listen to early morning Boston sports radio (who are the same people who just said that Mac Jones is not ready for the playoffs mind you). Tuukka will give it all for Boston and it’s going to be exciting to watch. 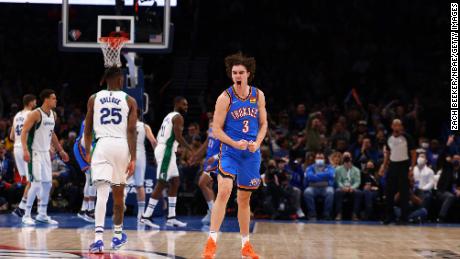