Evan Neal has garnered a lot of hype as the offseason rolled on. He was previously locked for a Top 5 pick in the upcoming draft, but more Mock Drafts of late have been putting him as the #1 overall selection. I don’t even think he is a Top 20 talent, at best. Let’s examine his noticeable traits:

Balance – Easily his worst trait, he consistently pushed his weight too far over his feet and fell over or was easily tossed aside. His weight was also used against him many times, as pass rushers pushed or pulled him out of their way.

Power – On the flip side, this is easily his best trait. His functional power at the point of attack is a force to be reckoned with. No defender has successfully managed to run through him without a severe leverage mistake by Neal, which was rare. He has the ability to knock over defenders from his stance, and when he takes proper angles, he is a mauler.

Blocking in Space – Consistently took poor angles, resulting in his inability to get even 2 hands on assignments. His reactionary athleticism and lateral redirection are also bad, despite mostly sound lateral mobility, so even when his angles are good, he can easily get turned around by a quick sidestep.

Football IQ – Often missed blitzes and misidentified assignments, letting pass rushers get a free rush to the QB. He was slow to identify and get to the spot even when switching assignments, resulting in poor angles and usually failed block attempts.

Run Blocking – Using his massive frame and overwhelming power, he had an easy time clearing run lanes. Blocking in space was an issue, but when he managed to get the right angles no one could stand in his way.

Pass Sets – Gorgeous kick step in pass sets. Had many reps that were flawless, and showed true potential in that area. Hand placement is top-notch, and once he got his hands locked on you there was no escape. However, it did seem that he got away with many holding calls.

Lateral Mobility – Lateral redirection was bad. In general when forced to switch assignments or match quick side-stepping edge rushers he was very fluid, moving side to side and staying in front of them with ease. It was rare that edge rushers beat him around the edge due to speed and bend alone.

Motor – Had many instances of standing around once the play broke down. He also seems very lost once his assignments aren’t clear. Often ends up running towards the ball carrier rather than finding who to block.

Versatility – Played all the OL at Alabama. Was an OG as a freshman, and progressed to RT and then LT each of the following years.

Combine – Evan Neal had the rare occasion of being a big Combine winner despite not participating in any drills. His Height-Weight measurements were astonishing, and he looked as lean as ever. This might even correct his balance issues. That alone vaulted him much higher in my rankings.

Evan Neal is an interesting prospect. He started 3 years for the Crimson Tide and won 2021 Consensus First Team All-American honors. He is highly regarded as the OT1 in this class, and he will likely be a Top 5 pick.
His combination of size, lateral mobility, and power are rare. This is why I think he is getting this much love. All his other qualities are coachable, and with the right coach, he could become an All-Pro Tackle at the next level.
Unfortunately, I don’t buy it. After starting for 3 years under Nick Saban, and still showing this poor performance I find it hard to believe an NFL coach could turn him into a star. It’s possible the move to Tackle from OG to fix this. However, at Guard, his poor blocking in space would make his run blocking a liability, his lack of football IQ would hurt his pass protection, and his size and power advantage would shrink.
I don’t think he should drop too far, as he still does have potential, and possesses rare physical traits, something which is coveted by NFL GMs, but I wouldn’t use a premium pick on him.

See Evan Neal’s overall ranking among other players on my Big Board. 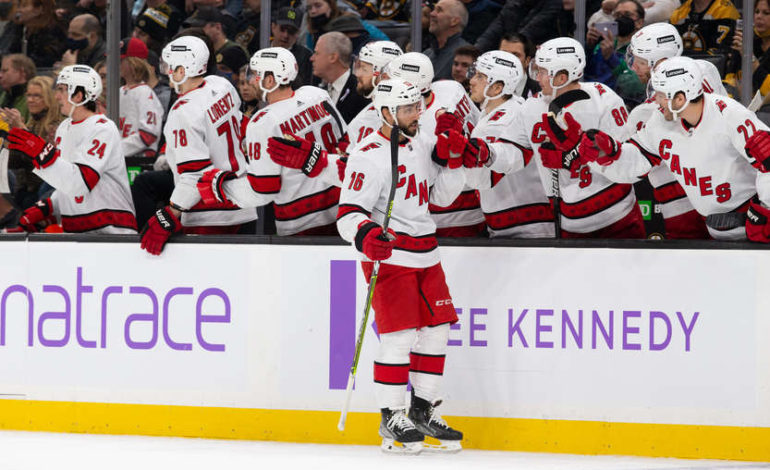 Road Trippin’ With the Hurricanes in Boston & Minnesota 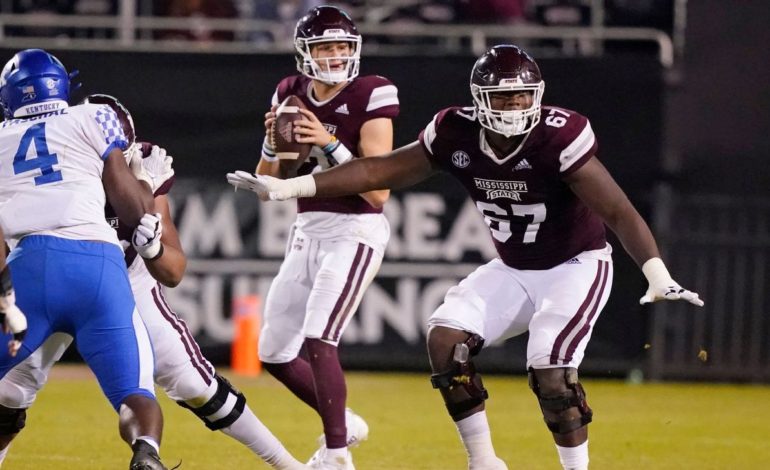