Power – Surprisingly, for a player of his size, Davis has only slightly above-average power at the point-of-attack. He hardly successfully bull-rushed blockers. On the other hand, due to his size, he is no pushover. No one could move him off his spot, in pass sets or on run plays.

Pass-Rush Moves – Didn’t deploy a large array of moves while at Georgia. He used moves at times and was very successful, such as rip moves and swim moves, but he mostly seemed to be planless with his attacks, waiting for a blocker to move to an advantageous location for leverage.

Quickness & Agility – Jordan Davis is a massive human, but that took a huge toll on his quickness and agility. His change-of-direction was good, but he never reached speeds to make that difficult. His body contortion ability was very impressive for his size. Good burst off the line, but he seemed very slow, with his feet, his hand fighting, and his long speed.

Technique – Solid technique, but he wasn’t a master manipulator like his counterpart Devonte Wyatt. He hardly used wasted motion, and he positioned himself very well.

Play Recognition – Very smart player, Davis never seemed to be out of the play. He also spotted gaps very impressively and was a master at manipulating those gaps. If you even left him a sliver to get through, he would burst right through it, knocking over anyone with a shoulder in his way.

Run Defending – He was always there. Davis could not be moved off his spot, and he threw off blockers with precise timing to always make a play. If you tried to run the ball anywhere through the interior of the line, he would blow up the play.

Tackling and Pursuit – Outstanding tackler. Jordan Davis consistently made tackles away from his body. He hardly ever missed a tackle, and his ability to wrap up was terrifying for offensive players. With his size, once he was within arm’s reach of you, he would swallow you up inside his massive frame and bury you.

Motor – High motor player, he never gave up on a play. His size made it hard to run powerfully every play, but he was never complacent.

Combine – There aren’t enough positive adjectives to describe his performance. He had a truly record-breaking Combine, unlike anything we’ve ever seen. He ran the fastest 40 of any player his size in NFL history, at a ridiculous 4.78. Jumping a 32″ vertical and a 10’3″ Broad are also eye-popping. Davis was the story of the Combine among all positions, and he helped his stock more than anyone.

Jordan Davis was a high-impact player for the Georgia Bulldogs in his final season. He was almost always the largest player on the field, and he was largely (no pun intended) regarded as the best defender on this team. He even finished 9th overall in Heisman voting and won the Bednarik Award (defensive player of the year) and the Outland Trophy (best interior lineman).
Even with all those accolades, I think the hype on Jordan Davis has gone too far. Even in his final year, winning all those awards, he wasn’t a constant dominator, and his stats are reflective of that.
He has a few rare traits, like his immense size, phenomenal tackling, and truly suffocating run defender, but most of the important traits for a 3-down interior D-Lineman are lacking.
For starters, despite his size, he has average functional strength. In the NFL everyone is even bigger and stronger, so the fact that he is slightly bigger than everyone won’t be as much of an advantage anymore. His lack of pass rush planning means he will need to win with power and size as well.
Secondly, quickness is very important for all positions, as players are much easier to stop when they move slower. Most NFL players will be much quicker and faster than Jordan Davis and will be able to recover when beaten more easily.
His phenomenal Combine vaulted him up draft boards, but his tape is still holding me back from having a Top-16 grade on him.
Teams looking for run support will benefit from a player like Davis, who can come in on run-scripted plays and dominate, but his lack of 3-down ability will likely drop him down some boards.

See Jordan Davis’s overall ranking among other players on my Big Board. 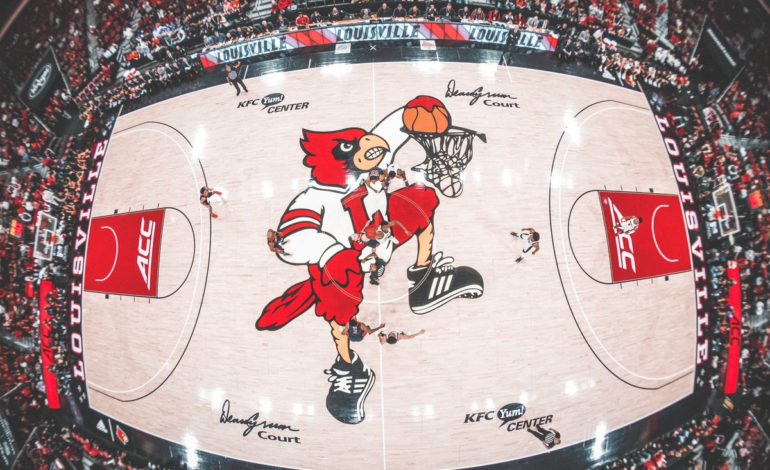 Who Will Louisville’s Next Head Coach be?