Versatility – Has experience playing all along the D-Line, but his true position will be hard to figure out in the NFL. For what it’s worth, he was good at each position, so he has positional versatility.

Hand Counters – Truly puzzling. Walker didn’t seem to have an array of moves, he mostly just flung his arms towards defenders without any plan or technique. He did use rip moves a lot, many times when defenders got their hands on him, but it wasn’t very successful.

Power – Also, very average, at best. When burrowing his shoulder he managed to bull-rush, but he couldn’t maintain it, and bigger lineman always ended it prematurely. Even though he was moved to the inside often, he could never deal with the size and density of the interior.

Pass-Rush Moves – It didn’t even look like he had any. He consistently looked planless, just trying to drive his legs enough or fling his arms around enough to maybe gain some headway. He was not a threat as a pass-rusher, and this is evident in his small number of sacks.

Quickness – Above average quickness, but he lacks burst off the line. He often stood up after the snap, assessed, and then attacked. This is even odder considering he didn’t even attack with matriculate planning.

Play Recognition – Travon Walker is always moving towards the play at the right time. He is very good at reading the progression of the play and making sure to advance in that direction.

Tackling and Pursuit – Unfortunately, he hardly ever gets close enough to make an impact play. He is very “blockable”, and the angles he takes while running to plays are very wide. Additionally, he is a dreadful tackler. He doesn’t wrap up well, rather he relies on his chest to deliver the blow, and then he follows that up with a wrap, which hardly ever worked. He also dove way too often, and at times where diving was unnecessary and cost the defense a play.

Motor – This is what makes Walker draftable. He has as high a motor as anyone, and he plays with fierceness and tenacity that is unmatched. These traits might help him overcome his flaws, as blockers at all levels are off guard against “the crazy ones”.

Travon Walker has shown great versatility throughout his career, lining up all along the defensive front, in every formation. Unfortunately, he wasn’t very good at any of the positions.
On the interior, the blockers size and strength seemed to be too much for him, and he didn’t manipulate the gaps the way you’d want. Off the edge, he didn’t show enough bend or pass-rushing moves to be a consistent threat.
His athleticism was apparent throughout his remarkable Combine performance, but it was mostly expected. His is an outstanding athlete, and arguably the best athlete of this EDGE class.
Despite Walker getting a lot of love from the draft community, I am extremely disappointed with his tape. He wasn’t dominant at all, and he was hardly ever a threat at all. This is very evident when looking at his underwhelming stats.
Since his athleticism was expected, his great Combine performance didn’t shoot him up my rankings, as it did for most other scouts. It’s his tape I’m worried about.
I don’t think Walker is a complete bust, and he has the tenacity, motor, and elite physical tools to keep him an intriguing prospect, but I wouldn’t bet on much production from him.

See Travon Walker’s overall ranking among other players on my Big Board. 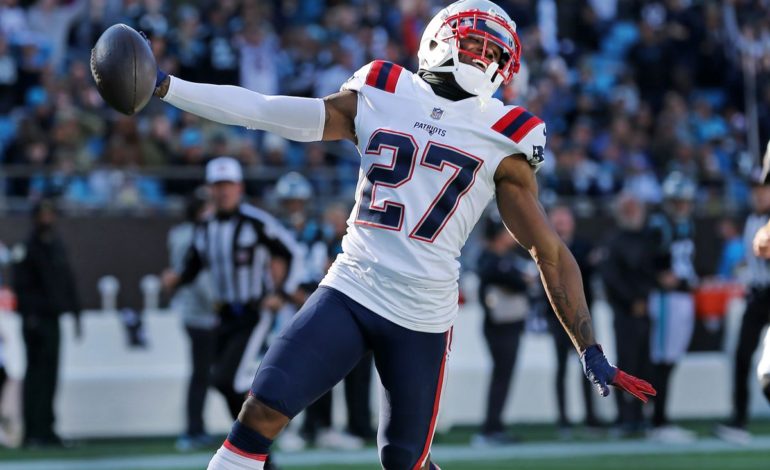