Vision – Great vision, but he lacks true anticipation. He could also use more patience, as he played with too much urgency behind the line. There were times when a gap was blocked so he immediately bounced outside, missing a gap that opened a second later.

Elusiveness – Not as shifty as other runners. He doesn’t have a “juke” arsenal, and he hardly ever got past defenders 1v1 untouched. Additionally, he has good contact balance, and a good ability to lower his shoulder and run through contact, but he wasn’t “a truck” like other runners. Overall, he didn’t look like much of a tackle-breaker.

Blocking – Not an ideal blocker. He had a few great reps while blocking, but many bad ones as well. He doesn’t have the requisite size to be a consistent blocker at the next level.

Agility – Very quick and agile, his change-of-direction ability is great. There is no shortage of reps where he completely redirected and stopped on a dime, taking advantage of opening lanes.

Burst – Phenomenal burst, quick as lightning. Kenneth Walker III hits holes harder than anyone, and once he finds the hole he’s gone in an instant.

Receiving – Can catch screens but is a complete non-threat down the field. He did show good route break understanding, and he had instances of creating great separation. However, his hands aren’t reliable, and his ball skills are subpar.

Explosiveness – This is his best quality by far, Kenneth Walker III was the most explosive back in CFB. He is very streaky, and once he got rolling, he was impossible to stop. He had twice as many games of 120+ yards than games of less than 120 yards in 2021. On top of that, once he catches fire, he seems to be better at eluding tacklers, which is very interesting.

Combine – Despite taking the Combine by storm with his blazing 4.38 40, I thought he had a poor showing. Coming in at 5’9″, he needs to be fast to be relevant, so I won’t let his good number raise his stock for me too much. On the other hand, as an early-down back coming in that short, that is hard to compensate for. The odds are stacked against him, and that’s not something I’d be excited to bet on.

Kenneth Walker III had a sensational 2021 season. He was so good that he was discussed in the Heisman conversation and finished 6th in Heisman voting.
As a transfer from Wake Forest, Walker III burst onto the scene in his first game vs Northwestern, totaling 264 yards and 4 TDs on the ground. He continued to follow up that performance, week after week, putting the Michigan State offense on his back. He single-handedly won multiple games for the Spartans, and I am a believer that he is the reason for their AP Top 10 appearance, after being unranked in the preseason.
It’s hard to doubt someone after such a season, but as far as natural tools go, I don’t think Kenneth Walker III projects very favorably to the NFL. He doesn’t have great size, he’s not very elusive, he’s not a 3rd down threat, and he lacks anticipation. These are all very important traits for an NFL RB. While he does have outstanding burst and is very explosive, that’s really all he is.
This seems like a classic case of a hyper-productive collegiate RB that doesn’t have the tools to take that production to the NFL.

See Kenneth Walker III’s overall ranking among other players on my Big Board. 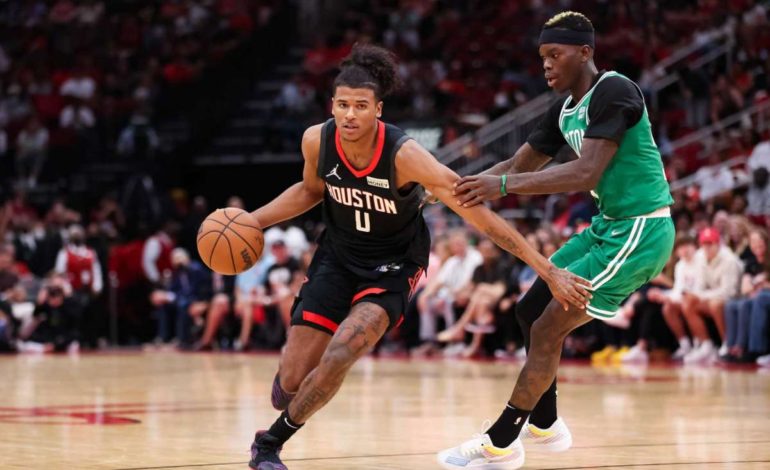