Accuracy – Short and intermediate accuracy is excellent. Deep accuracy however was very concerning. He consistently underthrew deep targets, and even when he didn’t, he was usually off the mark. Additionally, he struggled with ball placement even when accurate, as he consistently threw WRs right into tacklers. That lack of passing foresight could prevent him from ever being an elite QB.

Arm Talent – Sub-par. Lacks great “zip” to throws directed at small windows and will need more urgency getting the ball outside the hashes in the NFL. Ability to throw the ball deep is above-average, but nothing special.

Mobility – Kenny Pickett is plenty mobile for someone of his stature. He has great pocket awareness, and while not being an upper-echelon athlete he is a great runner. Phenomenal ability to throw accurately on the run.

Progressions – He goes through his progressions very well and is generally a very well-rounded and polished QB. Despite being mostly a consistent efficient QB (as opposed to being a playmaker), he flashed big-play ability at times.

Mentality – Pickett presents confidence, leadership, and toughness that most QBs don’t have. This is what I believe helped Joe Burrow turn the Bengals franchise around and could benefit Pickett greatly.

Ball Security – He struggled with fumbling throughout his Pittsburgh career. This is a serious issue that players rarely correct completely.

Combine – Kenny Pickett was good at the podium, and he looked good in the throwing drills. However, the story of the Combine was his 8.5″ hands. That is uniquely small, and there hasn’t been a QB to succeed with hands that small. Michael Vick is the one exception, but he was clearly elite in other areas, that Pickett is not.

In 2020, Ryan Tannehill was an extremely efficient QB. He hardly made the big throw but had great size, accuracy, was a phenomenal thrower on the run, mobile enough, and remarkably efficient. These are all Pickett’s traits, and I think that version of Tannehill is the maximum of his potential (don’t let Tannehill’s current play deceive you, this is far from being Pickett slander).

Daniel Jones has all those qualities as well, but he also has terrible deep accuracy and a massive turnover issue. That and the horrendous Giants’ offensive roster kept him from ever realizing his potential. If Pickett goes to a similar roster, I would be very concerned.

There were few players in CFB this past season that improved their draft stock more than Kenny Pickett. Before the season, he was projected to be a Day-3 pick at best, now he is in the conversation to be the number one QB selected. The Heisman finalist had a monstrous season, improving on his faults from the previous year and looking like a true stud.

His stock (and with it his fame) really soared when his fake slide went viral. The play that caused a lot of controversy among football fans (I think it should be illegal, but there are many opinions on the matter) put Pickett among the final-season draft-risers such as Mac Jones, Joe Burrow, and many more before them. Burrow and Jones are great barometers, as Pickett is a very safe QB like Jones, the most pro-ready in this class, but also possesses a ceiling like Burrow. His may not be as high as Burrow’s but he can be great. He also benefitted from phenomenal playmaking WRs.

However, I am concerned about Pickett. He has flaws that could be career killers, and his ceiling isn’t sky-high, as he lacks “special”. Additionally, he was a five-year starter that didn’t turn any heads until his final season. While this usually shows improvement, we can’t rule out a one-year “catching fire” type of season, especially when it comes in his lone season as the oldest player on the field (generally).

The Senior Bowl was no picnic for Kenny Pickett either, as he refused to have his hands measured (QBs with small hands like his hardly ever succeed in the NFL), and he didn’t make any big or “wow” plays.

He did enough in his final season to lock him into the first round, and I’d be fascinated to see if he can ever become a star. Personally, however, I believe he won’t ever be an NFL franchise QB.

See Kenny Pickett’s overall ranking among other players on my Big Board. 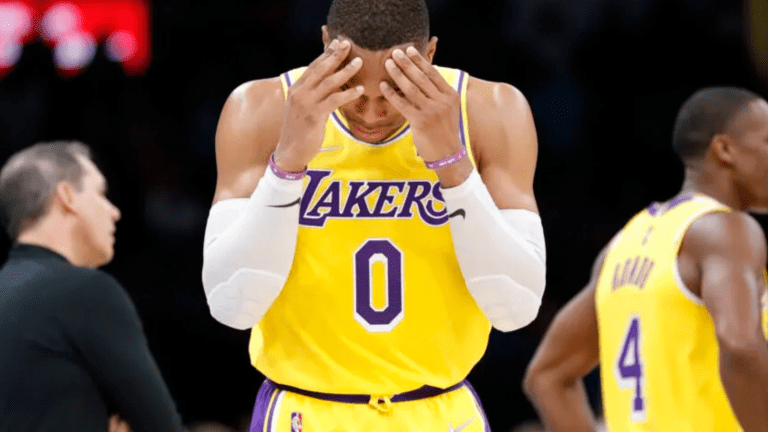 Should The Lakers Trade Russell Westbrook? 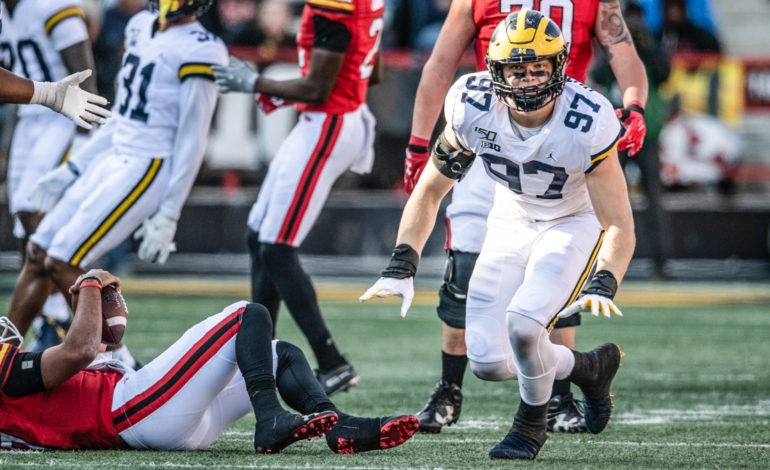