There were no bright lights, no weekend parties, and no big blowouts around Atlanta that (officially) were tied to the All-Star festivities. But it was still NBA All-Star Weekend. There was still a Three-Point Contest, a Dunk Contest, and a game played to 170. And, for sneakerheads everywhere, that meant there was also a weekend full of special kicks. Sneakers may not be centerstage at All-Star weekend, but they certainly were bright and prominent.

Chris Paul has had a strong impact on the culture in Phoenix this season. To this point, he and Devin Booker have launched the Suns to the number two seed in the Western Conference.

After much discussion of the disrespected Devin Booker, “Book” was finally asked to join the All-Star Game following the Anthony Davis injury. Booker, however, sustained an injury of his own and had to miss. Paul, in his honor, wrote “Be Legendary” on his kicks.

“Be Legendary” has become a monicker for Booker. The late great Kobe Bryant wrote it on a pair of sneakers before gifting them to the young All-Star, and Booker has said he hopes to live up to the call. He even got it tattooed on his body last year. Needless to say, Bryant’s message to Booker rings true even in his absence.

Luka on the Low Low

There were lots of Jordan 35’s on the floor this weekend Zion Williamson, Jayson Tatum, Bradley Beal, Mike Conley, and Chris Paul are each Team Jordan Brand athletes. However, only one star went with the coveted low-top version: Luka Doncic.

To be fair, Luka is just different. Doncic’s low-top pair reminds us of his European soccer roots, much like how international star Steve Nash wore lows for years in the mid-2000s.

In an earlier edition of Weekend Wears, we commented on the trend of mismatching shoes dating back to the days of Tracy McGrady. Adidas has brought back old patent leather T-Mac models and Jaylen Brown, an Adidas athlete, has rocked these before.

The difference? For his first All-Star appearance, Brown wrote “Humble & Hungry” on the inside of his blue and red sneakers. Seven years ago, when Brown was still a high schooler, that was the advice he got from McGrady himself. Of course, this added a layer of his homage to T-Mac, as we all watched Brown hit fade-away and-one threes.

Jaylen Brown (@FCHWPO) puts up 22 PTS, 5 3PM in his first #NBAAllStar appearance as #TeamLeBron is victorious in Atlanta! pic.twitter.com/6tvKPCdKA6

A year ago, Zach LaVine was one of a handful of fan-favorite All-Star snubs. He was on his couch at home watching a game that he very well could be flying through. This year? LaVine Airlines took flight.

Zach LaVine took flight in the Adidas BYW 2.0 with a custom “LaVine Airlines” colorway and branding. Is this a hint at something to come?

Amongst a fury of dunks, the highlight of the game came from the self-imposed halfcourt contest between Steph Curry and Damian Lillard. After the playing score was set to 170, and Team LeBron had 167, we all knew how the game would end.

They took turns, Lillard missed, then Curry missed, and then it was back to Lillard. Lillard crossed mid-court, rose, launched… ballgame. Everyone knew it, even Curry.

How good is Lillard? Steph Curry was waving goodbye as Lillard brought the ball up the court on the game winner.

He knew what time it was….#ripcity

These purple and green sneaks were an interesting choice. They’re not emblematic of Greece, not immediately identifiable as Nigerian, miss the Milwaukee theme, and were weirdly unfashionably contrasting to the uniform. Maybe his fashion faux pas was to distract the defense. As the defense stared at his sneakers, Giannis went 16 for 16 from the field on the way to 35 points in the greatest pick-up game on Earth. Whatever the case is, something worked. Maybe it really has to be the shoes?

For more of my writing on sports, sneakers, and the Houston Rockets, follow me @painsworth512, or just check out what I’m wearing at my day job @TeachInKicks101! Be sure to give our podcasts “F” In Sports and “The Midweek Midrange” a listen wherever you listen to podcasts! 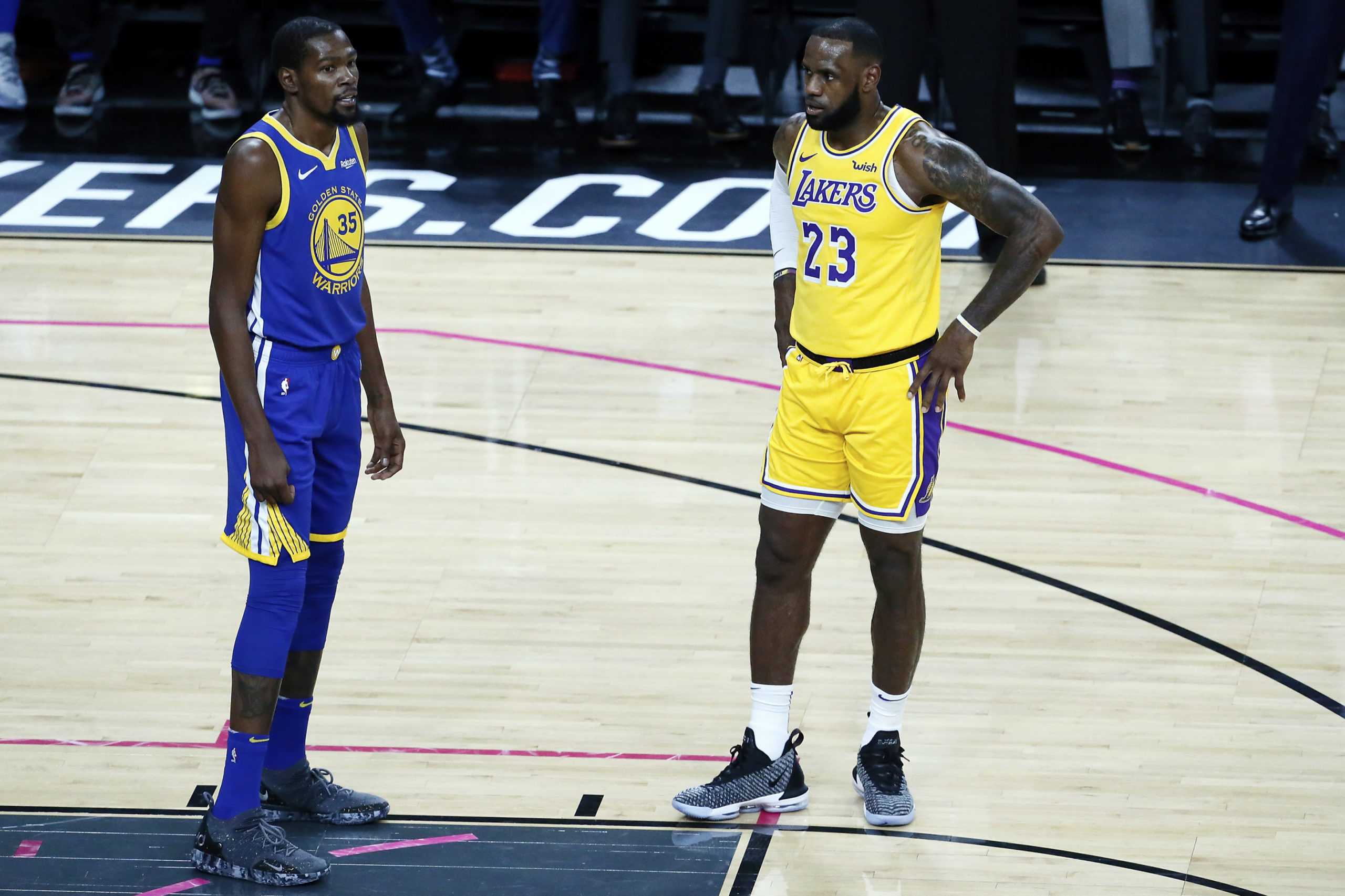 How Much Help Does Kevin Durant Need to Beat LeBron?! 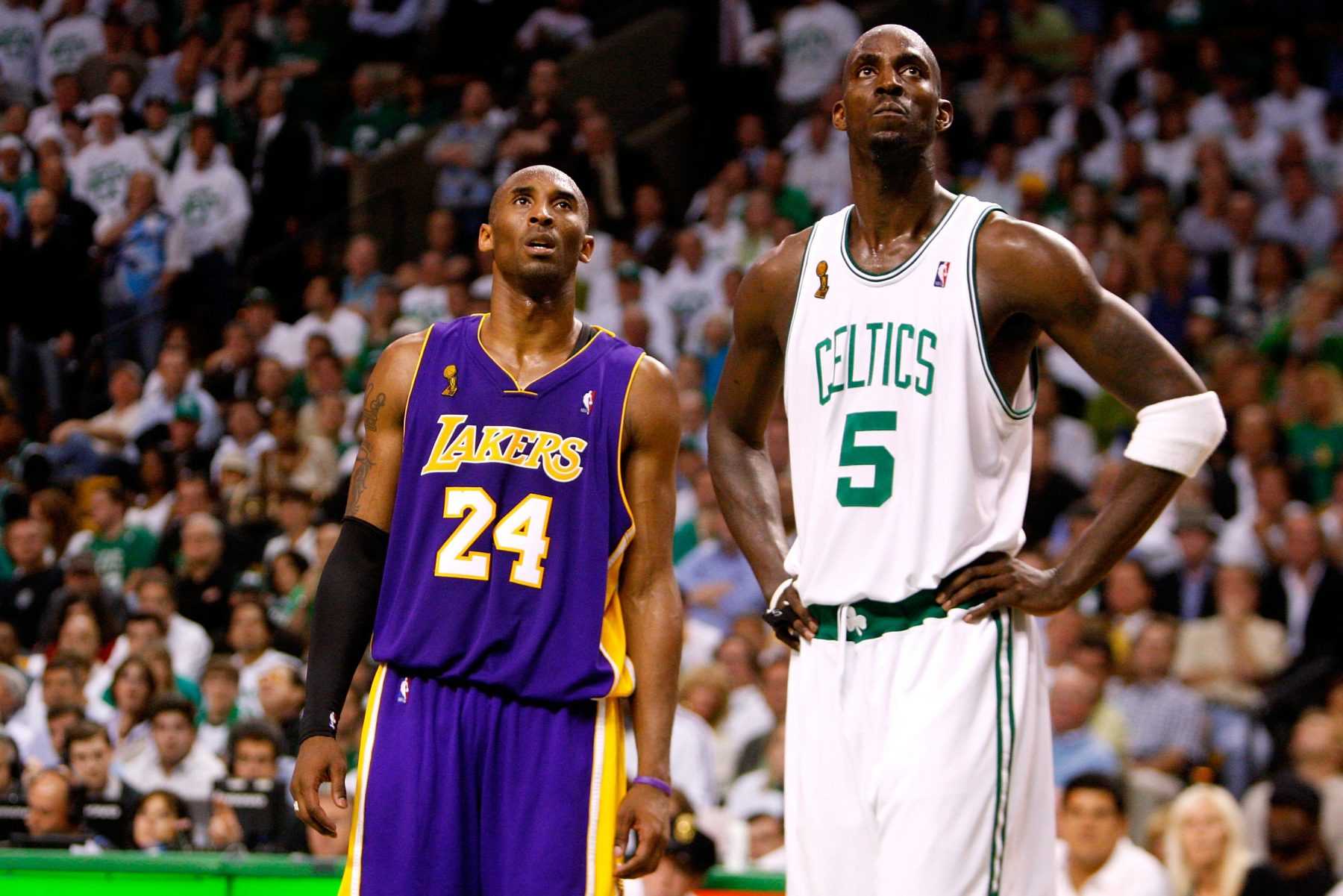