We are back on the NBA Twitter beat that I assigned myself for some more laughs. With the help of NBA All-Star weekend and the Top 75 halftime festivities, there was more than enough great content produced by NBA Twitter. As always, check out the great work other Belly Up NBA writers are producing such as DeMar DeRozan’s torrid tear, the continually streaking Phoenix Suns, our editor in chief’s masochist tour of the Houston Rockets, and how the new non-Ben Simmons Nets can help the team. Without further ado, let’s dive in.

Whether you are someone who pays for the NBA League Pass package or a pirate contributing to the rating dip, watching the League Pass feed is always a joy. Not only do you get local commercials, but you also get cutaways to in arena shenanigans and random crowd shots.

THATS NOT AN AIR GUITAR 😂😂😂 pic.twitter.com/H8zSSVdyKI

First up, we have a great find by @RealJtHolmes on a particular Phoenix Suns fan. We’ve all seen the overzealous fan, most likely a plant by the game ops crew, when the jumbotron has some contest. Why they are playing an air guitar cam, I’m not quite sure. But the fact we got an old school “Suck it” from my dude when he was supposed to be jamming is great comedy. You might want to argue this guy was a plant, but what better way for the Suns to go viral than have a fan act a fool in a harmless way.

Next, we have a submission from @NotJackKemp with the most Miami game ops camera we can find. A “best-dressed boss” competition in the arena is a great bit, similar to what Detroit does with their bling cam. The arena crew knows they will have their pickings of dudes looking to flaunt their funny money and everything that comes with being in proximity to Miami’s seedy underbelly. To have it punctuated by a mid-50s looking man next to his…well I’ll let your imagination fill in who the lady might be to him. Chef’s kiss Miami.

James Harden has had some interesting fashion choices over the years. No, he isn’t on par with former teammate Russell Westbrook in volume, but he can reach his heights. Whatever he decided to don at the first Sixers game he attended since the trade was jaw-dropping. As @_twelvepieces pointed out, it was a wild ass get-up reminiscent of the Street Fighter figure.

One of the joys of being obscenely wealthy has to be the ability to literally wear whatever pops in your brain. There are no limitations to what wardrobe you can obtain. Does Harden really think the sleeveless suit with a sweatshirt combo looks good? Who knows. Is he doing it for the lolz? Maybe. Regardless, it has to be fun to wear some wild stuff, have people laugh, then never see it again.

Full disclosure, I did not watch one second of the NBA All-Star Saturday night. Ultimately, that seemed like the right choice. As @TEFLONRIQUE1 points out, whatever direction Adam Silver is leading this league, we all should be a little worried the product might continue to suffer compared to the league David Stern built. From the Twitter chatter, the dunk contest turned into a microcosm of a hard-to-watch, talking about all the wrong things extravaganza league coverage seems to be mired in. Maybe being pals with Jared Kushner slowly rots your brain.

In what seemed to be a dunk fest by a lot of NBA Twitter, to stand out was going to take some skill. While loath to heap too much praise by a verified account, the @LeBatardShow account run by @JuJuGotti knew how to make this tweet count. Again, I didn’t watch the contest, so all I know is Jalen Green rocked an NFT on his necklace and missed a bunch of dunks. Sounds very 2022 and also bad. But when you can morph the bad into a screenshot of an all-time, hilarious cringe scene from Succession, I got to hand it to you.

We wrap up this post with the GOAT. MJ, never one to miss a party made sure he got the Daytona 500 and the special NBA All-Star halftime ceremony in all in one day. Did you really think a man who cited all his haters at his Hall of Fame speech wouldn’t be around to bask in the loudest cheers of the night, amongst all the other NBA greats? The dude is a true legend.

The photoshop @knicks_tape99 did on this MJ/Luka Doncic photo is so damn funny. If you watch the whole video, how Jordan sneaks up on to Luka is some big brother stuff. Just Mike’s way of showing one of Jordan brand’s signature athletes that he has a real love for him. The gun fits so perfectly like MJ wants to say, “Hey m**** f****, I’m bout to steal you for my team in Charlotte.” Maybe one day. Maybe just at NBA All-Star weekend.

MJ was mad Magic retired because of HIV because he couldn’t beat him anymore he is dead serious lmao https://t.co/O4qGWxdaFc

Seeing Mike and Magic Johnson together will always be a joy for every NBA fan. The ones who lived through the 80s and 90s get to reminisce while us younger folk get to see two legends we’ve heard so much about chop it up. The soundbite we get is MJ challenging Magic to a game of 1 on 1, you know Mike was back to rub in his greatness. @JJMaples55_MST is spot on that MJ was crushed he couldn’t beat Magic in more than one Finals series. A guy as psychotically competitive as Jordan relished any chance to take down a perceived equal. And he’s still itching to do it 30 years later. 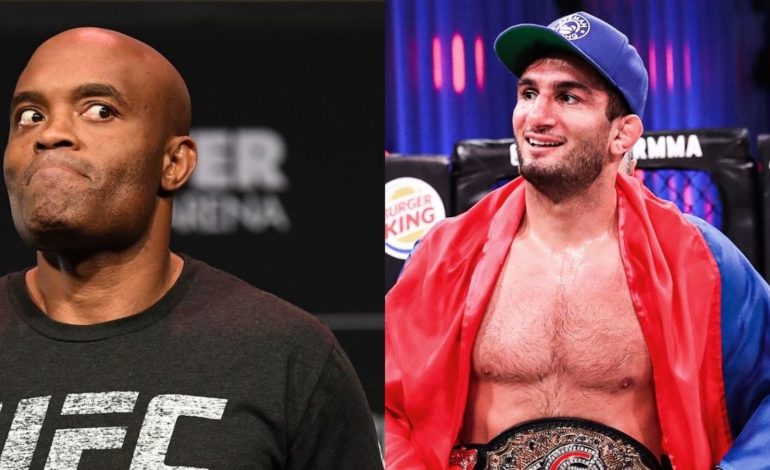 Will Mousasi Finally Face Anderson? But not in MMA 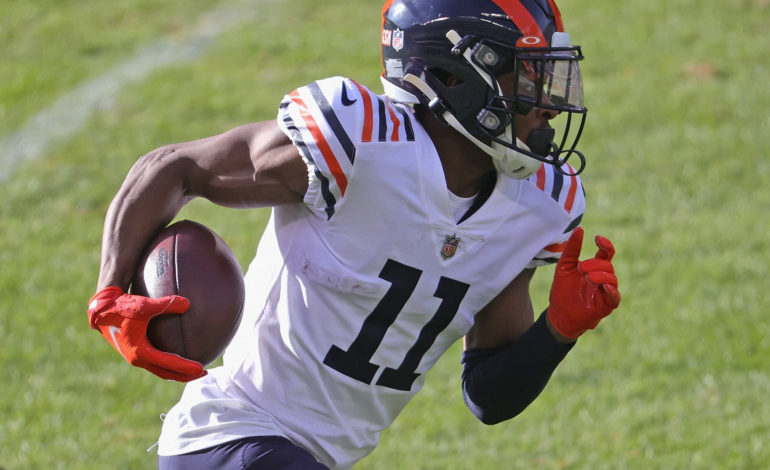