Wake Forest’s Jake LaRavia has been quiet for most of the season among draft circles. A Jake LaRavia scouting report isn’t the most glamorous, especially for someone who averaged under 15 PPG. To his credit, he did what he needed to do in Chicago.

Chicago was definitely a plus for LaRavia as he had impressive performances in many of the drills.

These times made many do a double-take as he tested better than many thought displaying the shooting and athleticism. Then after seeing him live, it becomes easier to see the projection to the league given what he displayed at Wake Forest.

Jake LaRavia’s shooting makes it easy to picture him in the league. He has a set shot where he is deadly off the catch, getting his feet squared to the rim and shot. Very clean shot. He only attempted 2.2 threes a game, but it is becoming easier to project the fit when he’s playing next to players who can penetrate a defense. Off the dribble, his best bet to score is going to the post and backing down a guard as he has very nice footwork. His intelligence is also displayed frequently. On the ball, he’s a nice secondary playmaker, always playing with his eyes up which makes him a threat to find teammates. Jake also left defenders dry, using his IQ to time backdoor cuts and get easy points. Then on the defensive end, LaRavia has the versatility to defend multiple positions because of his IQ. He plays angles well, is a detail-oriented player, and gives effort. He is a great team defender, averaging 1.7 SPG and 1.0 BPG. His defense will help get him into rotations early. Jake can also crash the glass, averaging over 2.0 ORB per game in all three seasons.

The glaring weakness is that LaRavia is not your prototypical NBA athlete. While he did test decently at the combine, he will be slower than his competition in the NBA. Quick guards will be able to exploit him on switches. He also won’t be able to give his team easy buckets on straight-line drives/transition opportunities. He isn’t a crafty enough ball-handler in the half-court, which forces him to try and back his man down and shoot over the top of him. The other major concern is his inability to shoot off the bounce. LaRavia is a great set shooter – not a great shooter. There is a difference. It’s not a fluid stroke and his feet need to be set perfectly for the ball to have a chance at going in. This could allow defenders to play under ball screens and force LaRavia to shoot off the screen.

Jake LaRavia is a smart player, efficient, and can play next to stars. His numbers aren’t that different after the transfer. If anything, he was more efficient at Wake Forest. That tells me he is comfortable and at his best when playing next to more ball-dominant players. He may not have the upside of others, but 85 percent of this league is role players. Jake LaRavia definitely fits this mold. Many are sleeping on his ability to impact the game off the ball through cutting, spot ups, and attacking weak close-outs. Also, we have seen Deni Avdija become a strong defender for the Wizards. Smarts can overcome athletic limitations, which will allow LaRavia to be a role player in this league for a long time. 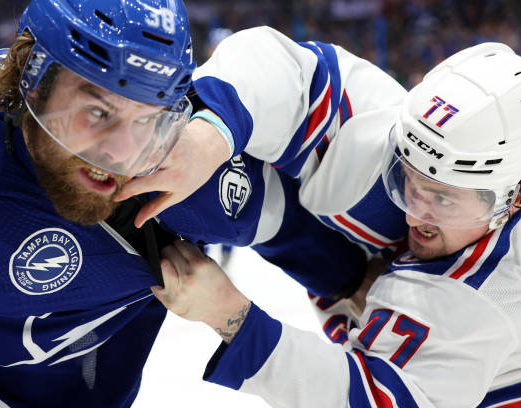 Rangers and Lightning all tied up in Eastern Conference Final 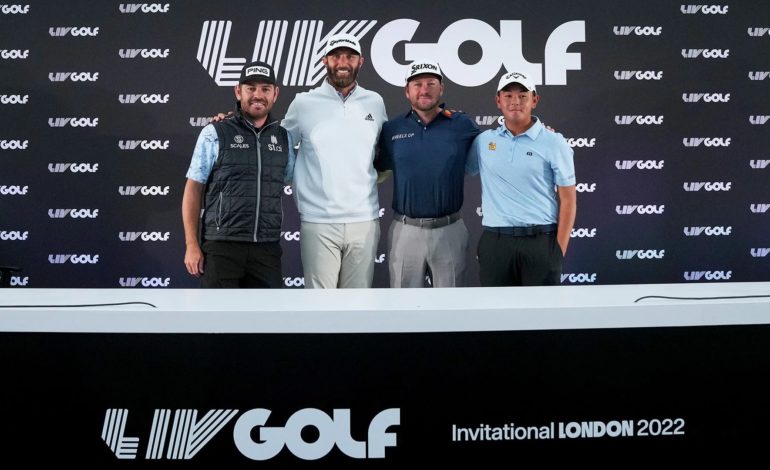 We Really Need to Talk About LIV Golf