This wasn’t a Rockets’ Round-Up I was really preparing to write until October, somewhere before “predictions on the upcoming season” and after the inevitable “alternate jersey reveal” (though they really should go with DJ Screw). But, after a Shams tweet on Tuesday, the news of the week is clear to all Houston Rockets fans: Houston re-signed Dante Exum.

And, they publicly said they were going to seek a trade for five-time All-Star John Wall.

Nearly a year ago, Houston traded Russell Westbrook to the Washington Wizards for John Wall and a first-round draft pick. Now, Westbrook is a Laker and Wall will no longer suit up for the Rockets. To preserve the guard’s health, Wall is on the team but will not play in games. Wall and the Rockets came to this agreement after executives sat down with Wall to discuss the direction of the franchise and Wall’s role within it. Wall suffered multiple injuries that severely altered his career, and has seen his game change a lot. Before that, he was an electric player, a leader, and a playmaker that was able to explode past and above defenses seemingly in one swift motion. Surrounded by young players oozing with potential, Houston aimed initially for Wall to be a leader and mentor while Jalen Green and Kevin Porter Jr. played more of the minutes.

For intents and purposes, Wall is an assistant coach, friend,  and practice player making $42 Million. That is a sweet gig, but Wall clearly wants more from the last few chapters of his NBA career.

John Wall is an exciting player that navigates the fast break with a brilliant combination of speed and swagger. He attacks the cup off of the “wrong” foot, with the ball behind his back, and is both crafty enough to avoid rim protectors hands and explosive enough to put it down on top of them. At his best, his patented 360 layups spun defenders off his back to clear the way to the cup. Wall was deservedly an All-Star guard in the Eastern Conference at just 23 years old.

But by that time, Wall’s body had already started to break down. He had a stress injury to his patella at just 22 years old. Just before he turned 26, he had off-season surgery on both of his knees. 18 months later, in January of 2018, Wall was sidelined with more knee trouble. The next season, in December of 2018, Wall suffered a season-ending heel injury. A few weeks later, in January of 2019, Wall slipped in his home and ruptured his Achilles tendon. He was sidelined him for 12 months.

Wall’s career is legendary both in the aura his game had and in the “what ifs” his bad luck left NBA fans with. John Wall, now 31, could continue his career as a good veteran player on young teams… but at this point, he is well within his rights to want more than that. Wall knows as much as anyone on the Houston Rockets that your whole season can lost suddenly. And if he wants to make his way to a contender he deserves the right to do that.

Wherever John Wall ends up, he’ll have Houstonians rooting for him much like the love the city of Washington DC still extends his way. Wall came to Houston in a trade for Russell Westbrook amidst the implosion of a roster that competed with the top of the league for eight seasons. Even briefly, Wall’s revitalized career helped Houston feel like the run wasn’t over even though it was.

The secret to Houston’s precipitous fall after the James Harden trade in January is that it was as much about their health. Christian Wood missed extensive time, Wall did as well, Eric Gordon played just 27 games, Danuel House just 36. But when Houston was healthy to start the year, Wall’s presence felt like enough. Houston, in mid-February, was hovering around .500, was leading the league in multiple defensive categories, and Wall was regularly accounting for over 20 points.

It’s not that Wall wouldn’t be a good mentor on the Houston Rockets. As a quasi-coach, Wall is one of the few people in the world that can speak to rookie Jalen Green about being an impact player, at 19-years-old, that utilizes his athleticism and speed to create advantages. As a 31-year-old who grew up in tough neighborhoods and had his father passed away in his youth, Wall could continue to mentor Kevin Porter Jr. on battling a difficult past while diving face-first into working in basketball as a true professional. After he was considered done and too injured to play again, Wall could absolutely relate to Christian Wood about making it big after being counted out.

But Wall’s biggest impact on the future of the franchise would have been all things that are off the floor. On the floor, Wall plays the same position as several young Rockets who need game experience. Further, Wall needs the ball in his hands. He’s a creator and he scores by attacking the lane with the ball in his hands. Wall playing may help the Rockets win more consistently in the present tense, but Green, Porter, and others getting fewer minutes because of it will ultimately hold the franchise back because they need the same touches Wall does.

Further, Wall is good enough to be a rotational player on a team that wants to “win now.” Teams with title aspirations in their near future need to burst he can give them in the backcourt, whether that’s as a sixth man or a secondary or tertiary ball-handler and creator. Those teams are more likely to part ways with younger players, draft capital, and other things that help the future of a franchise. Those “futures” would be more in line with the timeline of the Houston Rockets. The projected Houston Rockets starting lineup will have four players between 20 and 26-years-old. Does that include Luke Kennard and a package of matching older contracts and salaries? Does it center on Talen Horton-Tucker? Can Denver see Wall as a present tense replacement for the injured Murray? Will Miami move on from Herro this time around?

Since his playoff performance, Ben Simmons has been in every trade talk imaginable. First Portland was a favorite, but in the months since every team that could use a star is linked to the 6’11” Australian. With the John Wall news, the Houston Rockets are the latest team thrown in this mix.

To be fair, Simmons is a 25-year-old perennial Defensive Player of the Year Candidate that is the epitome of a switchable defender. He’s listed as a guard because he can both cover all five positions and is a brilliant passer… but indications are his future may be closer to the basket offensively. It’s not that Simmons is bad; he’s a deserving All-Star and All-Defensive player. And it’s not that he shoots the ball poorly; he has a career effective-Field-Goal-percentage of 56.4-percent. It’s that he doesn’t shoot.

As a guard in Philadelphia, he’s shot all of 34 three-pointers in his entire career. He’s made less than forty field goals from outside of 15-feet in his career, and the vast majority of those makes came in his rookie year. Many assume his lack of shot attempts stems from his poor free-throw shooting. Shooting means there’s a chance you get fouled shooting, and getting fouled shooting means you shoot free throws. For his career, Simmons shoots less than 60-percent from the charity stripe.

Ben Simmons is hard to just add to your offense. The best Ben Simmons offense will need to center entirely on him being a guy that has a shooting chart like a mid-90’s center: everything is around the rim. With him occupying that space, others can work around him for open threes and open lobs. Simmons will be a dunker-spot scorer, a facilitator, and an elite defender on whatever team he is the face of. But he needs to be the face of the franchise because he needs to have an offense built around him.

I’m not sure that team is Houston.

The Houston Rockets just drafted Jalen Green with the second overall pick. Houston went all in and appears to have hit, on revitalizing Christian Wood and Kevin Porter Jr. Bringing in Ben Simmons, even if Philadelphia is a great fit for John Wall, disturbs that rebuild. Yes, Simmons is a star who is in the age range that lines up with Houston’s roster. Yes, the goal of the NBA is to get the stars and fill in around them with the right role players. But with how unique the Simmons franchise is, that will hinder the growth of Green, Porter Jr., and Wood as much or more than John Wall. Simmons will be successful. Houston’s rebuild will be successful. But they don’t have to happen together.

That doesn’t even begin to touch on the off-the-floor drama associated with a trade for Ben Simmons. Yes, the Sixers GM is former Houston Rockets’ GM Daryl Morey. Yes, reports were that Houston nearly sent Philadelphia James Harden in January but the two franchises couldn’t agree on what would be packaged with Ben Simmons. Now, with Simmons value taking a hit, Houston coming back to the trough would be an odd look.

But this time a year ago we’d have never thought Houston was trading James Harden. Harden was coming off of his fifth time in top-three of MVP voting in six years as a Houston Rocket. Then, in January, they did… so what do we know. 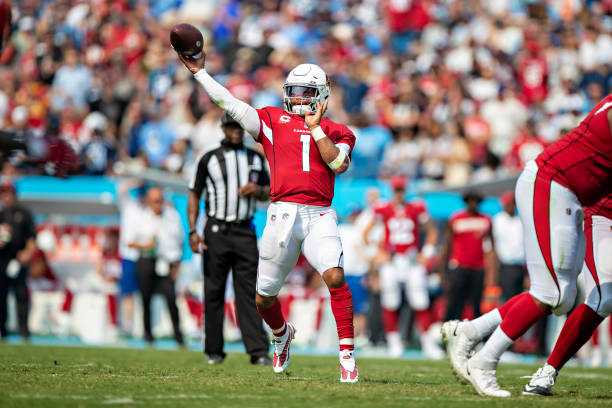 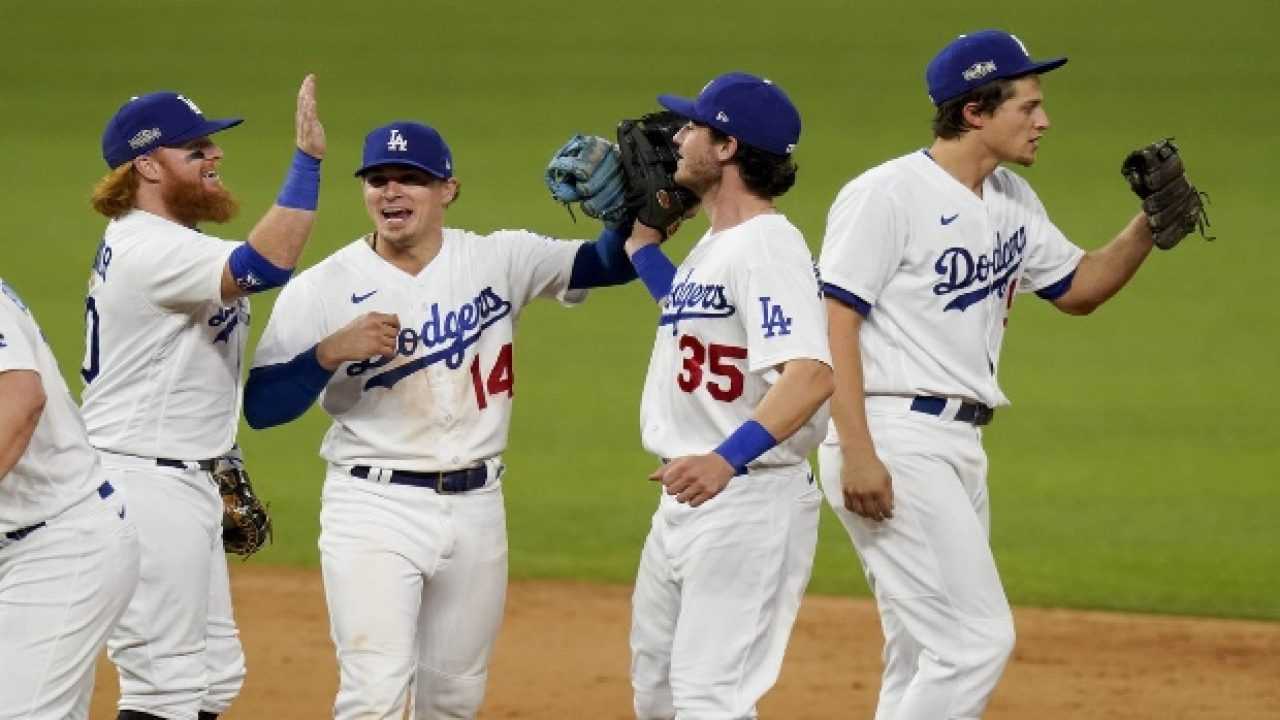