One of the best draft sayings says – Big Boards are done with your eyes, Mock Drafts are done with your ears. Therefore, in my final Mock Draft, I will attempt to be as predictive as possible, ignoring my personal Big Board and focusing on my expectations of the draft. Each player’s name has been linked to my full scouting report on him.

This move has been trending for a while, and is now the odds-on favorite. Hutchinson is a much safer pick, but Walker has a higher ceiling. I don’t agree this is the right pick, but Trent Baalke’s issues with Jim Harbaugh have recently come to light, along with many rumors that the Jags don’t favor Hutchinson.

There won’t be a better fit or a more obvious pick in this draft. The Michigan kid who is also the best player in the draft would be a dream scenario for the Lions.

This pick is the biggest mystery of the draft. The Texans could go in so many different directions, and none would shock me. Still, I think Ekwonu fills the biggest need, and the opportunity to see what Davis Mills can do will help push them towards this pick.

It’s no secret Joe Douglas loves his pass rushers, and Robert Saleh definitely will agree there. This is a perfect fit.

There have been rumors that the pick here could be Cross or Gardner, but I think the versatility that Neal offers will be too great a need for them to pass up.

There is practically no pick that will convince me the Panthers will be better in 2022 than they were in 2021. The Pickett ties and rumors have been raging lately, and the Panthers staff has tried to drop subtle hints to drive us away from that conclusion. I’m not convinced.

This is easily the biggest remaining need after O-Line, and Gardner is a slam dunk selection.

In the first projected trade of this Mock Draft, I think the Jets see Gardner go off the board and decide to leap-frog the Seahawks to get Stingley. Of course, the Falcons have no reason to pick specifically at 8, so they’d be happy to get more resources. There are only two difference-making Corners in this draft, and the Jets must get one.

In another shocking projected trade, with the “Big 7” prospects off the board, there is a steep drop-off. The Seahawks are littered with roster holes, and have no reason to stay at this pick. The Packers, on the other hand, MUST get a big-time Wide Receiver, and they might all be gone by pick 22. With this trade, they can have their choice of the bunch. London makes the most sense, and fits the type of receiver the Packers usually favor.

With needs all over the board and in such a poor division, betting on getting Bryce Young next year could backfire. Willis is widely viewed as the QB1 in this draft, and he will have the opportunity to learn behind Mariota.

One of the best players in the draft has fallen to 11, and he is exactly Ron Rivera’s type of player. Long and physical with great athletic traits, this is a slam dunk pick, and a perfect fit.

Many have the Vikings selecting a Corner with this pick, but I don’t think they reach for McDuffie. No elite player has fallen to them, so could see them taking the freakiest athlete available, who also happens to fill an underrated need.

Continuing with the trend of boosting the offense to try out Davis Mills, Williams is a great pick. He might not be ready for Week 1, but getting the pre-injury WR1 in this class would be a steal.

Pairing the productive Johnson with the project Odafe Oweh would give the Ravens a pass-rush duo they haven’t had since their Superbowl days.

The Eagles need to boost their secondary and their receiving corps. McDuffie is the only Top Tier Corner left, while there are many Top Tier receivers left.

The Saints seem to be primed to trade up, but for the life of me, I can’t come up with a slot they’d go up to, a player they’d go up for, or a team they’re likely to trade with. If they stay, getting Cross this late would be a dream.

The only major hole on this roster is the Right Tackle position. While Penning is more of a Left Tackle, he has gotten buzz as one of the better linemen in this class. He has the skillset to jump to the other side.

They could take any of the remaining top receivers, but Burks is easily the best fit. Pairing his physicality and size with DeVonta Smith’s finesse and precision will give them a dynamic receiving group.

After addressing the O-Line, the next glaring hole is the Wide Receiver position. I could see them drafting a QB here, but I would bet on them getting one in the 2nd round, rather than the 1st.

Many want the Steelers to take a QB with this selection, but I don’t see Tomlin investing in any of the QBs in this draft (aside from Willis). The O-Line struggles have been the bane of this team’s existence, and it’s about time to start patching it up.

Contrary to popular belief, the Pats don’t have many glaring needs. I don’t see them taking any of the remaining receivers here, and Wyatt is a stud. He seems like a classic Patriots player.

In the first of the Seahawks’ two picks, attacking the O-Line before the run starts would be wise. All the teams picking between 22 and 28 could potentially select an O-Lineman.

After the whole Kyler Murray drama, keeping him upright and protected should be paramount. Between Green and Linderbaum, Green is more versatile and has a higher ceiling.

The Cowboys have many needs, and although Wide Receiver is one of them, it’s not the priority. Still, I can’t imagine Jerry Jones restraining himself from taking Olave. After all, we were in a similar situation when they selected CeeDee Lamb.

The rumblings of this pick have been getting strong as we approach the draft. Aside from there being few players that are “can’t pass” prospects at 25, a stud Running Back could be the missing piece for this team.

It is becoming increasingly likely that Smith is a 1st rounder. His rare physical traits combined with his young age make him a moldable chunk of football gold. The Titans certainly have a need at O-Line, and Vrabel would love Smith’s power and grit.

The Bucs’ defense took a step back from its 2020 dominance, and the key to that dominance was the suffocating and massive D-Line. Travis Jones perfectly fits the bill.

The Seahawks could go in many directions here, but I think they should view this as a “free pick”, and take a shot at the QB position. You can never take too many shots, and I don’t think Pete Carrol is ready to go into the season with Drew Lock as the starter.

After the legendary Bills game, it’s clear the offense isn’t the problem for this team. Despite losing Tyreek Hill, there are no receivers left worth this pick. It’s defense boosting time, and Elam’s rare length and toughness would match up well with Davante Adams, Courtland Sutton, and Mike Williams twice a year.

The next step in improving a defense is pressure, and Mafe is an exciting project with a high ceiling.

I doubt the Lions are bad enough next year to select one of the top QBs. They have enough early picks in this draft to throw one at a QB, and they’re lucky enough to get one of the best ones in Ridder. Making him a 1st rounder rather than waiting for pick 34 will give them the flexibility to sit him for a bit, as they will have the 5th year option. 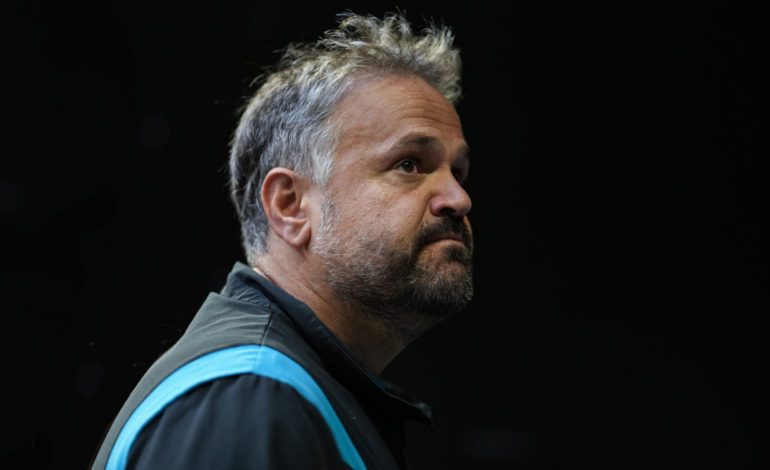